RAW In A Nutshell: Wild Go Home Night In London

It's less than a week from Money In The Bank and the red roster is in London for the European Tour. It's an overseas, taped, go home show.

Hello again everyone! RAW this week comes to us taped (err, I guess it’s recorded now…I mean, kids nowadays don’t even realize we used to use tapes, do they?) from London, as WWE is in the midst of another European tour. The red brand roster is taking the city by storm, and they’ve brought the new wild card rules with them. So what does it all mean? It means we are going to have a wild go home night in London, doesn’t it? We’ve got dual contract signings for the RAW and SmackDown Women’s Championships. We have more Money In The Bank hype. The latest on Shane McMahon and Miz, Roman Reigns and Elias, and so much more. Let’s dive right in and crack open this Nutshell!

I will go with a women’s choice and a men’s choice tonight, because I can’t decide, and as the writer here, I can have a say.

The women’s Fatal Four Way was a good match. Lots of spots and what you’d expect, but it was a good showing. 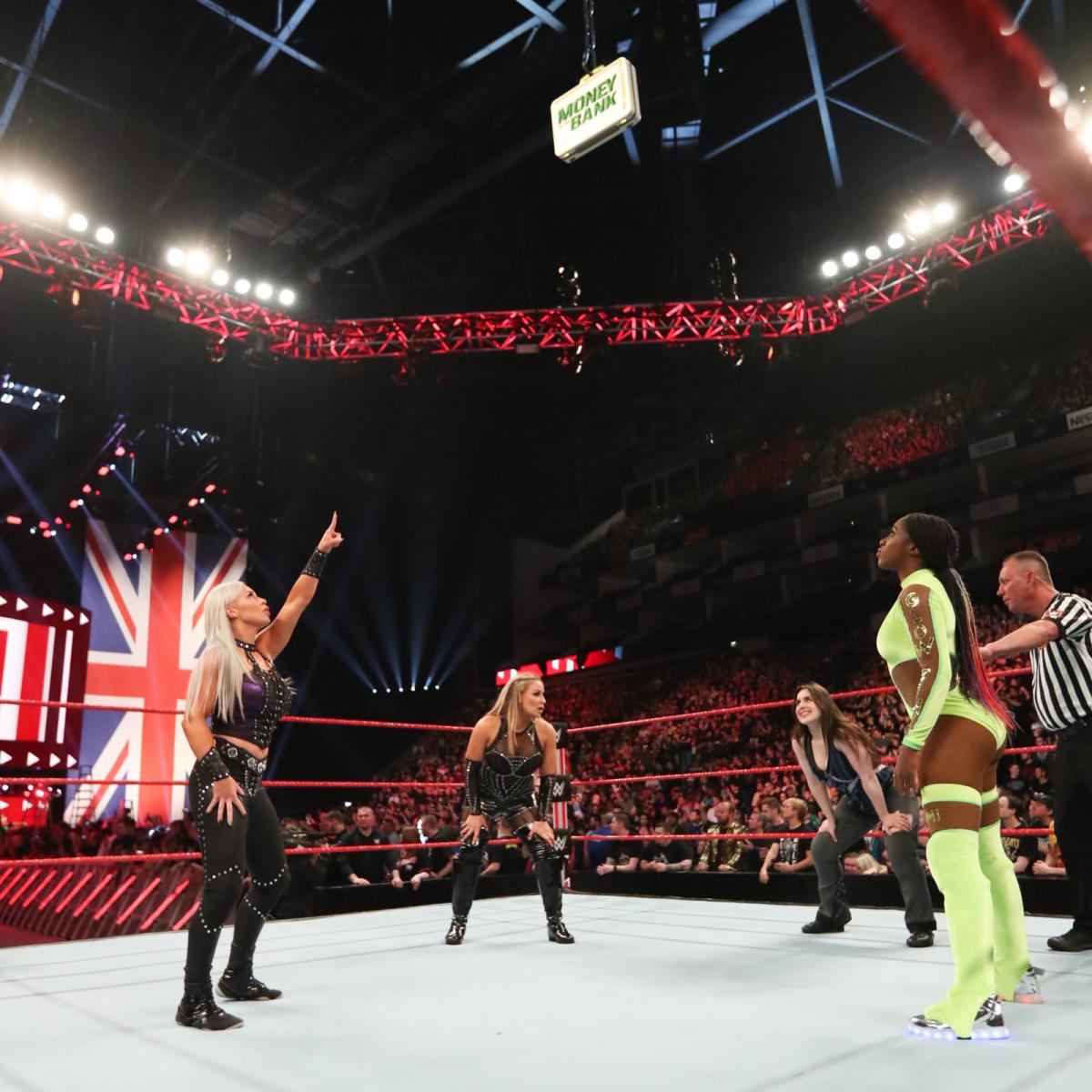 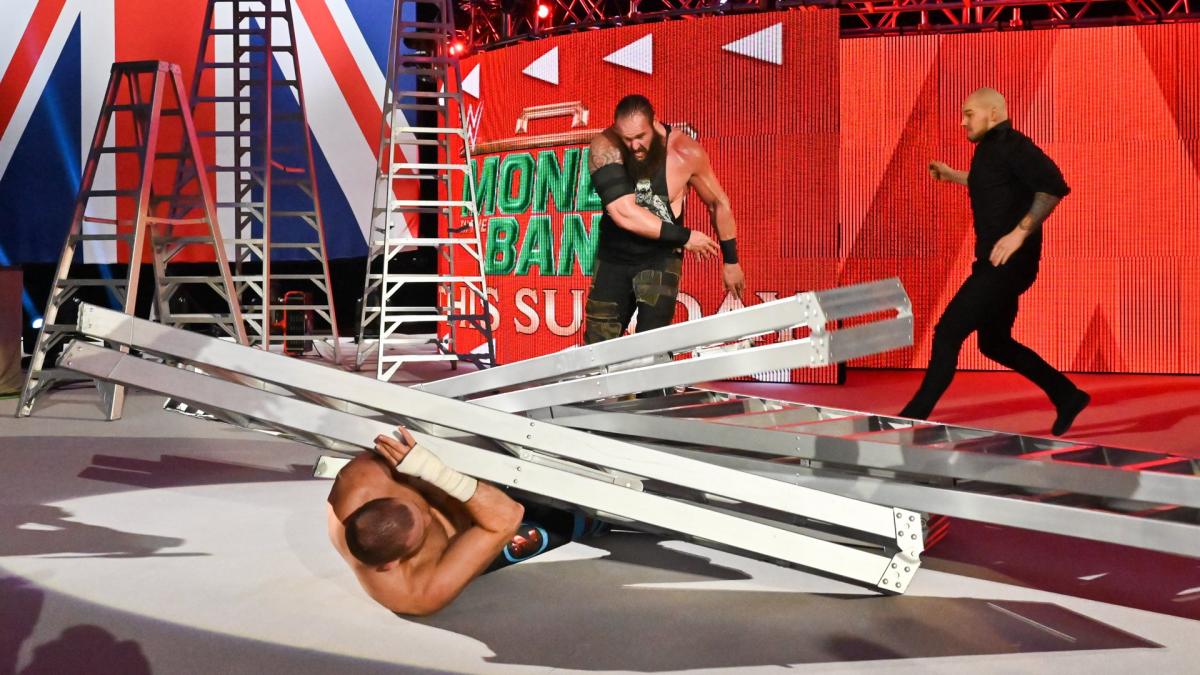 Has to be, without any shadow of a doubt, Mojo Rawley and Apollo Crews. Crews came up lame mid-match, either per script or for real (though we got no official indication from the official, so I’ll say it was part of the plan). Rawley had no crowd reaction at all. Actually, even Crews wasn’t generating much here, in his brief bit of action. But Rawley seriously just is like a dead fish anymore. The attire, the face paint…none of it is clicking. Whatever Creative saw in him, it’s not making it into the ring. 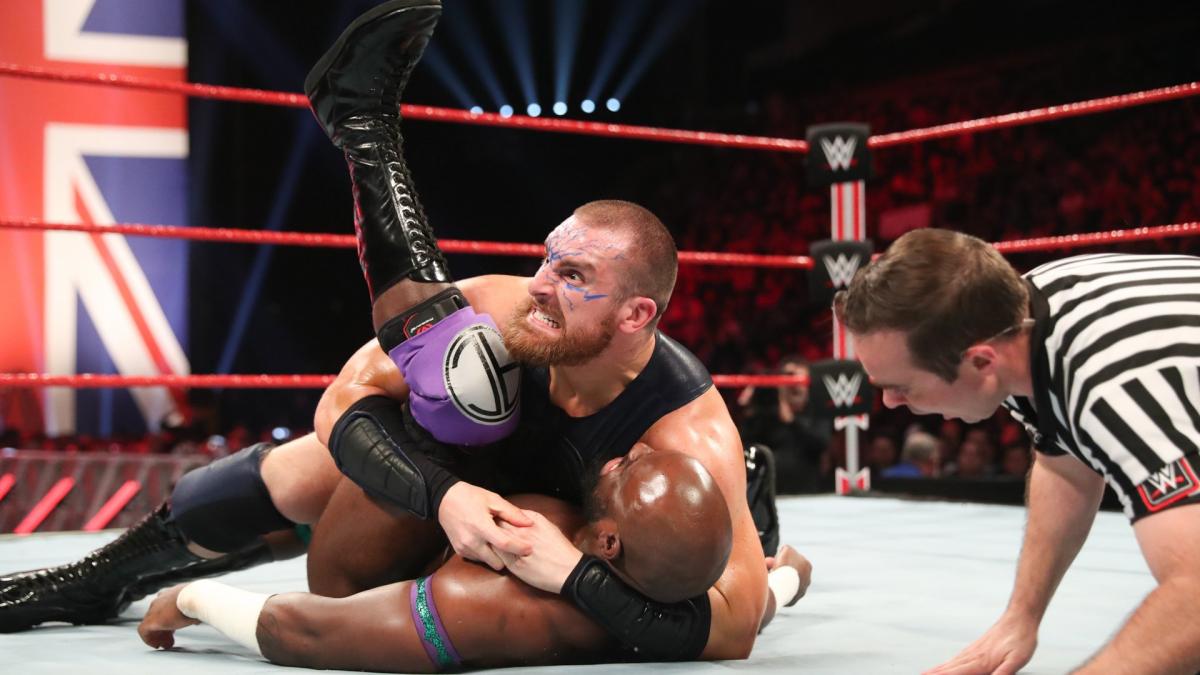 There were a few others, but for one reason or another, they were not easy to hear.

I have a few options here.

Nikki Cross got a nice opportunity in front of what was effectively a home town crowd for her, and she got the win in a Fatal Four Way. I think if she was offered a bigger opportunity, she’d impress. 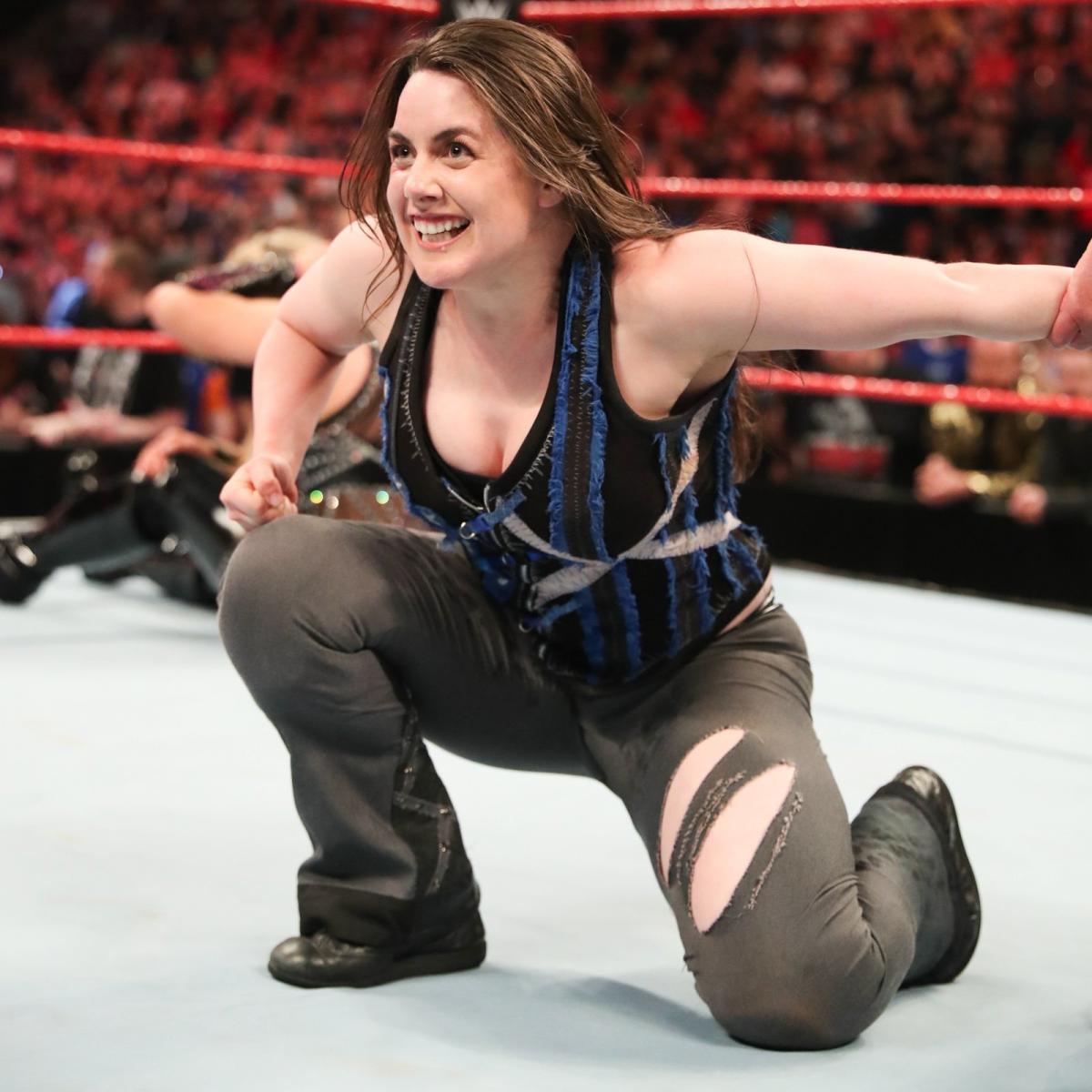 And in what had to be the surprise of the night, Sami Zayn defeats Braun Strowman for a spot in the MITB ladder match. Unexpected, and I am curious to hear more about the thinking behind this. Is Strowman wounded? Is this a swerve? Is this Strowman shooting his push in the foot again?

I will keep it quite simple: Lacey Evans and Charlotte Flair put Becky Lynch through a table to end their contract signing. 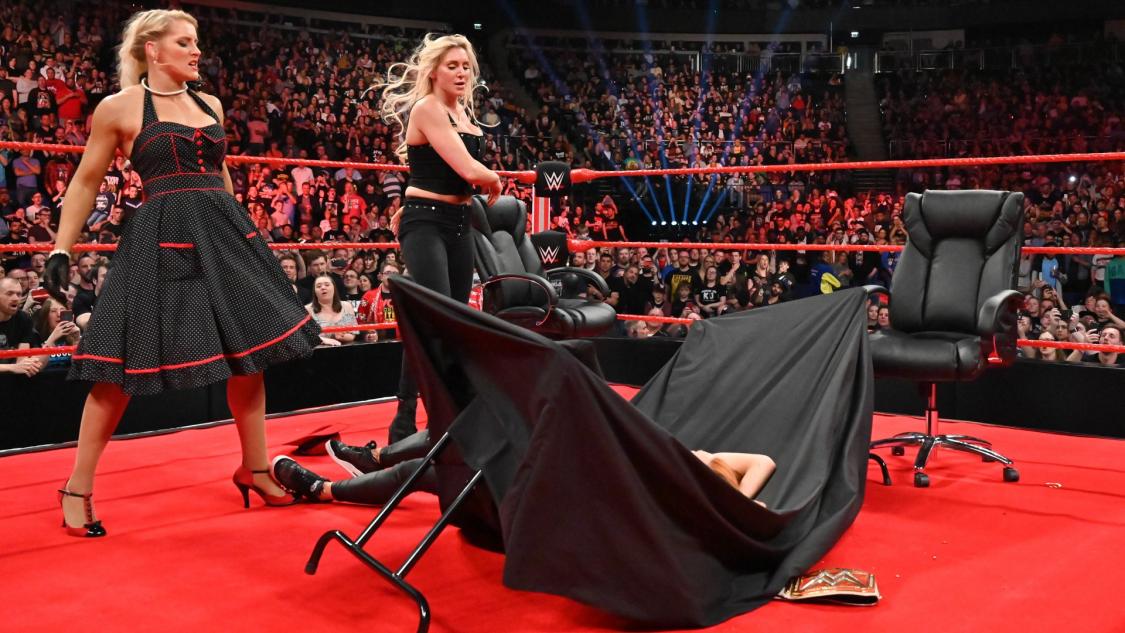 I can give a slight nod to Corbin putting Strowman through a concession stand table too, however.

Forgetting the amount of outside help he got, it’s safe to say no one really expected Sami Zayn would win, but he did, and he’s now in the Money In The Bank Ladder Match.

Did I mention Zayn in the MITB match? I think that win qualifies as the holy [email protected] moment for tonight.

Seriously, beyond that, I really don’t have much.

Well, I take that back…we did quite a disturbing glimpse into some part of Bray Wyatt during this week’s Firefly Fun House. Yikes.

Less that a week away, ANY change to the namesake match is a big deal. Six days out, and not only did WWE make a change, but they made a huge one, having recently returned Sami Zayn get the win and with it, Strowman’s spot in the Money In The Bank ladder match. This does make me wonder what kind of adjustments we see tomorrow night, or some other time between now and the close of the MITB PPV on Sunday. 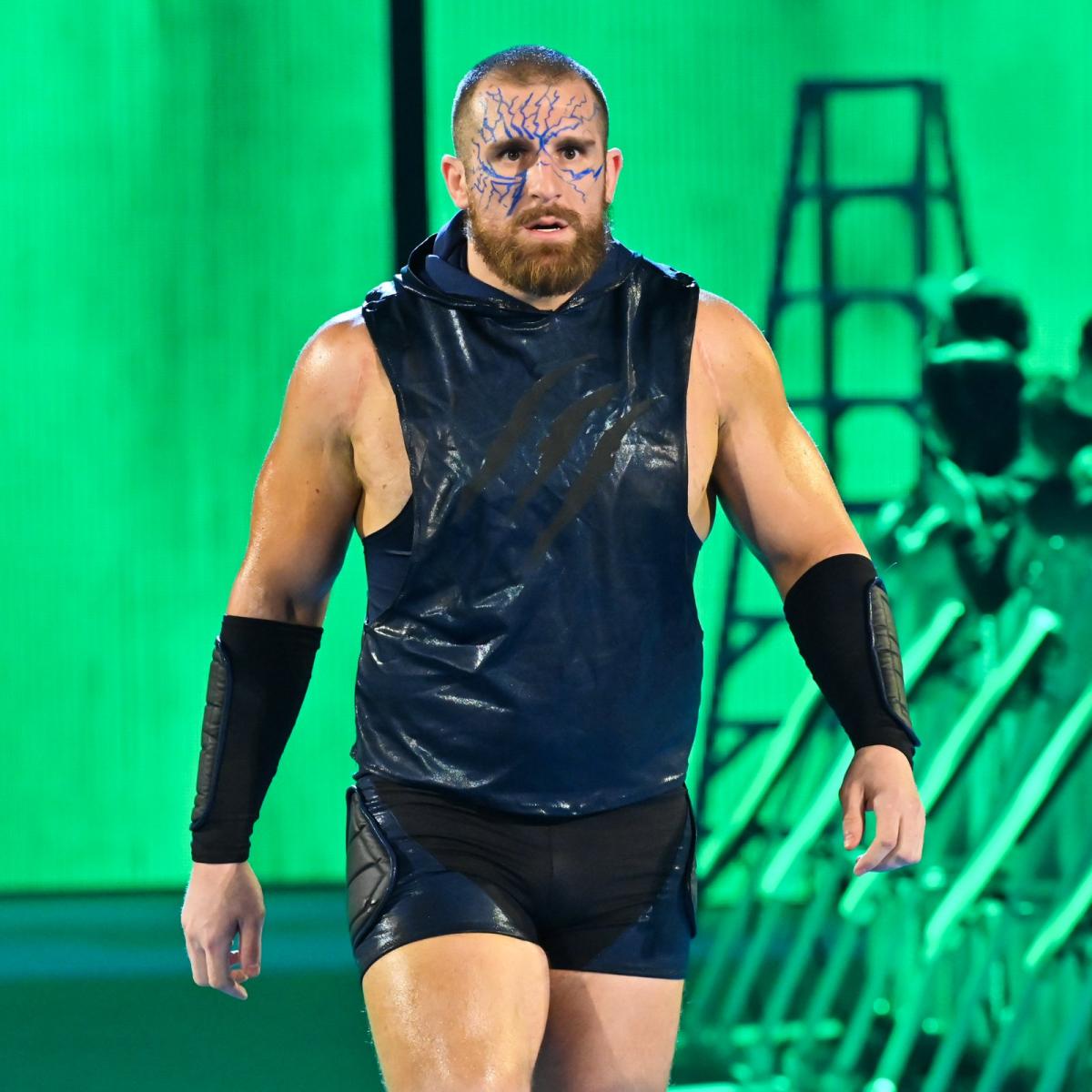 Someone needs to get Mojo off TV. The outfit doesn’t work. The facepaint looks like he just watched some old Kevin Sullivan videos. I’d be able to endure crappy tights if everything else was clicking…but it’s not. Don’t believe me, go check out the match

Liked the Strowman/Zayn match. Chaotic, to be sure, but a solid and entertaining main event.

Miz and Reigns and the opening segment, up to and including tag match, was a strong opening.

I’ve continually said these pre-recorded shows generally drive me nuts. That being said, this one was good enough. The last few have shown marked improvement. I don’t know, nor do I care, so long as RAW is more watchable and enjoyable. Next stop: Money In The Bank.

RAW In A Nutshell: Who Returns To The Red Brand Tonight?