We are now learning more insight into how AEW star MJF handles signing new deals. And, WWE has let two producers of their duties.

We are now learning more insight into the history of how AEW star MJF handles signing new deals. Also, WWE has let two producers of their duties.

Even before AEW, Maxwell Jacob Friedman (MJF) was making is name known in (Major League Wrestling) MLW. Then, he joined AEW upon their debut and became a pillar of the company.

During the weekend at Double Or Nothing, MJF made a major move. He wanted a better contract and seemly held AEW hostage.

He no-showed an autograph signing and was squashed by Wardlow at the pay per view. That led to MJF cutting a scathing promo against Tony Khan and AEW.

He wants a better deal and has been very vocal about joining WWE. MJF has not appeared on TV since his outburst, but there are questions if this a work.

Sean Ross Sapp noted that MJF incorporated the same tactic while he was working for MLW. The report continued how MLW’s Court Bauer said that things went well and MJF got the increase in pay.

“Much has been made of MJF’s contract status, and we got a look at how he’s handled this in the past,” said Sapp. When asking those in MLW about the contract he’d signed before coming to Major League Wrestling, it was confirmed he was among the first deals that were signed to the company years ago.”

“As the deal progressed, MJF had felt like he outperformed his Major League Wrestling contract and went directly to Court Bauer to make his case and renegotiate. Court Bauer told Fightful that things went well during and after that talk.”

Bauer continued how MJF made valid points. Therefore, the company increased his pat with not problems from MJF.

Since all this has happened MJF has not been on AEW TV. Also, his merchandise has been pulled and he does not seem part of the creative going forward at all.

MJF is an amazing talent and can easily be the biggest heel in the future. Basically, he needs to decide if WWE or AEW is best. 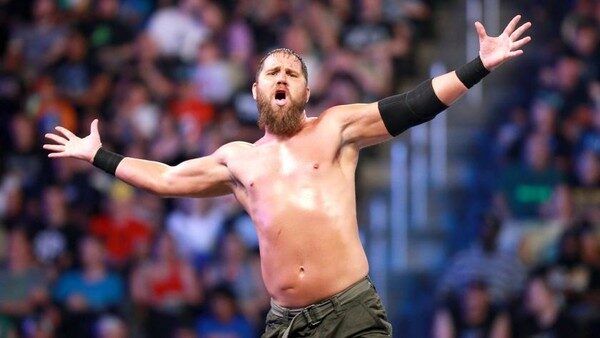 It is not secret WWE is cutting staff in every direction. Now, “PWInsider” states producers Curtis Axel and Ariya Daivari the two have been relieved of their duties.

Without the two, SmackDown needed extra work as they were down two producers. Therefore, the remaining producers are feeling burntout with the extra workload.

“There had been a big push for more producers to be added right after WrestleMania due to the insane workload and the time the company expects of the producers,” PWInsider reported. “That is what led to the probationary additions.”

After a brief push, Axel has mostly been a jobber for about five years. The former Intercontinental Champion and son on Mr. Perfect Curt Hennig became a WWE producer in April of this year.