AEW star Matt Hardy has come to the defence of Tony Khan after the illegal post drama. On social media, he stated people are just jealous.

Matt Hardy came to the defense of AEW owner Tony Khan this week after the recent illegal posting drama on social media. 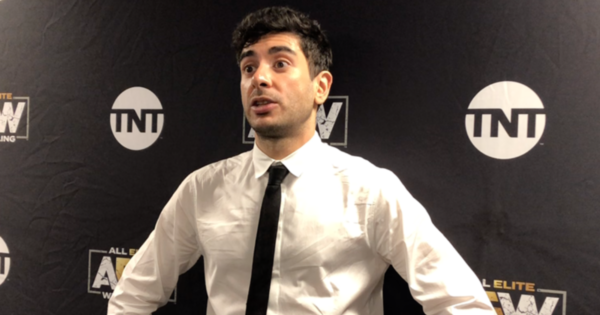 AEW owner Tony Khan dealt with quite a few attacks this week. These attacks happened after he called out fans for posting pirated AEW videos online.

Several fans responded to Tony’s call out, but Matt Hardy came to his boss’ defense. According to Hardy, he loved what Tony Khan did.

Naturally, the fans in question were quick to fire back at Hardy. The responses were hardly favorable.

Some responses included calling Hardy gross and a f***ing a**hole. One fan even called Hardy a privileged POS.

Matt eventually defended himself, pointing out he grew up in poverty and earned absolutely everything he has.

Hardy also responded to the fan who called him gross and a f***ing a**hole.

Nah. What’s gross is when people make fun of injuries that myself & @AEW  performers incur while busting our asses to entertain. What’s gross is the disdain & jealousy towards Tony Khan for betting on himself, succeeding & making the wrestling industry a better place. #DFE”

Just another social media day for Matt Hardy, who is known not to hold back. But in this case, he is definitely right.

AEW Appreciation From Both Hardy Boyz 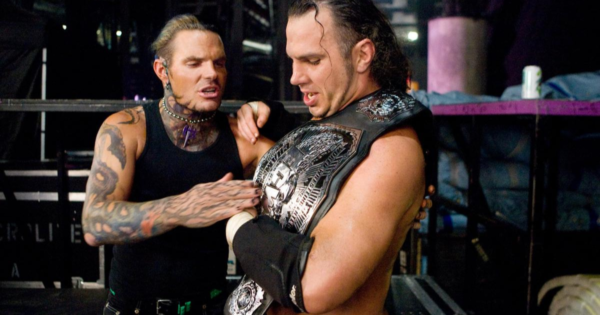 Both Jeff and Matt Hardy praised AEW in the past. However, Matt’s brother Jeff currently works for rival promotion WWE.

“It’s so exciting to watch, they’re really so different from WWE. I don’t know exactly how to explain it, but I think they have a more open mind, WWE is only looking its way. This has led to several changes over the years, especially in the Attitude Era, it was truly a completely different thing.”

While Jeff Hardy criticized his own brand, he was more than willing to praise AEW. This could be an indicator of things to come.

I would not rule out a move by Jeff Hardy to the AEW brand eventually. That being said, the wrestler did sign a multi-year deal with the WWE not too long ago.

The brothers reuniting on AEW would make waves though, especially in the tag team division. And maybe this could be a good thing.

While the singles division has done really well on AEW, the tag team division has been somewhat in the background.

Keep in mind the brand does hold tag teams such as The Young Bucks.

With Matt Hardy coming to the defense of his boss, it is clear he is quite happy where he is. If Jeff were to come over as well, it could be another glorious run for the Hardy Boyz.

Unfortunately, Jeff has mentioned retirement from time to time. So, if the moment comes, he may leave the WWE only to retire shortly afterwards.

Either way, it seems like both Hardy Boyz are crazy about AEW and Tony Khan.