Good news for AEW fans as Tony Khan signed an inspiring wrestler to the women’s division. Now, Leyla Hirsh is an official member of the AEW roster. 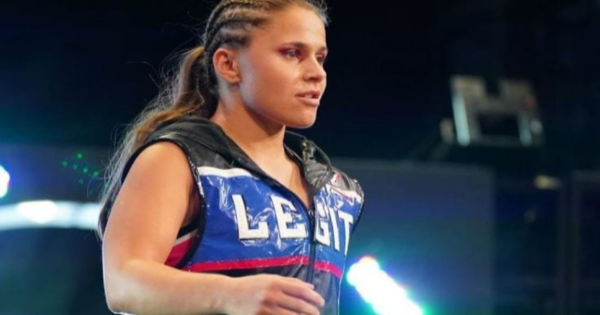 Tony Khan tweeted out some surprising news, stating Leyla Hirsch had been signed to the AEW Women’s Division.

“Congratulations and welcome aboard officially to @LegitLeyla Hirsch, I’m thrilled to have you signed to @AEW! Thank you very much to Leyla and to all of you great fans who support @AEWonTNT for making this possible!”

Leyla Hirsch would respond to Khan’s message. In her Tweet, she thanked Khan and the promotion for the opportunity.

“Wow it’s official! So many emotions right now. Thank you to @TonyKhan and @AEW for allowing me to be a part of this amazing team. Now the hard work really begins. #LEGIT.”

Hirsch could have a massive future in AEW. After all, the women’s division is only getting started.

AEW is a relatively new promotion. Of course, this also means that the women’s division had been a little neglected.

But there is some good news. After all, Kenny Omega stated that the women’s division would become a priority in the months to come.

Hirsch is quite the unique athlete who could easily become the face of the women’s division.

So, a good pick by the owner of All Elite Wrestling and an interesting future for the division as a whole. 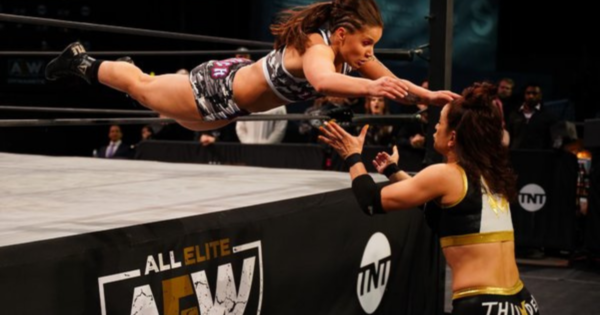 Hirsch got the wrestling bug when she was only 14 years old. She eventually made her professional wrestling debut at CZW Super Show IV in 2017.

As is the case for most indie wrestlers, Hirsch also spent a lot of time in Japan. In 2020, she made her debut at World Wonder Ring Stardom.

Hirsch developed a wrestling style that is quite diverse, and this is interesting for the women’s division as a whole.

In fact, she could become a serious contender for the AEW Women’s Championship in time.

Leyla Hirsch has a number of signature moves, which are definitely classics! Some of her signature moves include the backdrop suplex, fujiwara armbar and running seated corner meteora.

As she developed her own style, Hirsch started to use the moniker “legit.” However, this particular moniker is quite reminiscent of Sasha Banks.

Hirsch and Banks could not be more different though despite the similarities in catchphrase. Of course, she still has a lot of growing to do as a pro wrestling.

AEW is the perfect platform for Hirsch to further develop her own style and further wrestling career.

Of course, I do believe it will be a while until Hirsch gets a serious shot at the AEW Women’s Championship.

Either way, the new signing will be one to watch in the future. And with the women’s division expanding, there are some signs that show AEW is starting to pay more attention to the division.