Kofi Kingston almost retired, prior to the New Day. Also, there was talk to include Justin Bieber in a SummerSlam match, but it got nixed.

In the last five years, Kofi Kingston has done some big things in the WWE. This makes it so hard to believe that he almost retired before becoming WWE Champion.

Kofi Kingston has been with the WWE for about 15 years now and has accomplished a lot. This includes becoming both Triple Crown and Grand Slam Champion.

However, he did come to a point with the company where he no longer wanted to wrestle and contemplated retirement.

During an interview with Hot 97, fellow New Day member Big E went into greater detail about this period in Kingston’s career.

It was in and around the time their faction was fresh in the WWE. Kofi wanted to turn heel, but was stuck in a rut of being a babyface.

Big E noted that Kingston had wanted to turn heel for a while, but WWE officials saw him as a “perennial babyface”, much like Rick Steamboat. He was a character fans would forever cheer for.

It was at this point in time that Kofi thought about hanging up his wrestling boots. Big E stated Kingston felt like he was “stuck in one lane” and this is how management saw him.

Big E went on to relay that Kofi Kingston felt this way in 2014. He didn’t want to be a “utility guy”, and he wasn’t having fun anymore. It was more about getting a paycheck for him.

The good news is that Kingston stuck it out the long haul. Since, he’s seen tremendous success in singles and tag team competition.

Not to mention that major WrestleMania 35 win (and moment) when he won the WWE Championship.

While Kingston has experienced many cool matches in the WWE, Justin Bieber missed out on a big one.

Justin Bieber in a WWE ring? Yes, it almost became a thing!

Paul Wight, also known to some wrestling fans as the Big Show, recently appeared on Talk Is Jericho. 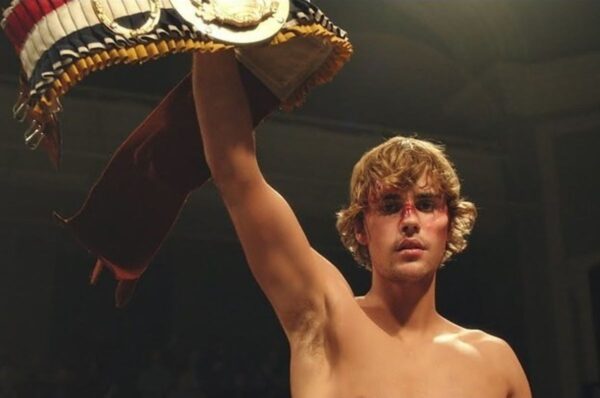 He revealed SummerSlam plans some years back when the show was in LA. The plan was to include Justin Bieber in a six-man tag match, but this was nixed.

The thought was to team Bieber up with Wight and John Cena. The trio would face The Wyatt Family. There was a lot of interest, but the match fell through.

The WWE doubted that Bieber was a big enough name. Plus, Justin’s team wanted him to get paid well for the appearance.

During that time, Wight was working out with a friend who worked with Bieber and Scooter Braun. He noted that Bieber really wanted to work with him and Cena, and was excited about the idea.

How Would WWE Fans React To Justin Beiber?

Wight went on to state that a WWE decision-maker didn’t see how Justin Bieber could relate to the audience. They were unsure about the amount of attention a match with Bieber in it would bring.

Wight stated that the WWE would have helped promote Justin’s album, and Bieber was on board. However, Scooter Braun was all about the money.

According to Wight, WWE jacked him around for a couple of weeks to the point where things fell through.

As per Wight, Scooter said something along the lines of, “it’s not going to happen, I got the kid a million dollars to watch a soccer game.”