AEW Champion Jon Moxley and Kenny Omega will be signing their match contract on Wednesday. This could easily be the match of the year!

AEW has confirmed a contract signing will take place for the Kenny Omega and Jon Moxley match. The signing is set to take place this Wednesday on AEW Dynamite.

Kenny Omega and Jon Moxley will sign their contract for the AEW World Championship on AEW Dynamite this Wednesday. It is set to be an interesting encounter, with both men being huge fan favorites.

Many fans are excited about the signing, and rightfully so. In fact, lots of fans are referring this to the biggest contract signing in AEW history.

Evidently, contract signings are notorious for setting up feuds. At the moment, there is no real animosity between the pair except for their bid for the title.

The contract signing will kick this feud off. And we cannot wait to see what AEW has in store!

How Kenny Omega Got This Title Opportunity 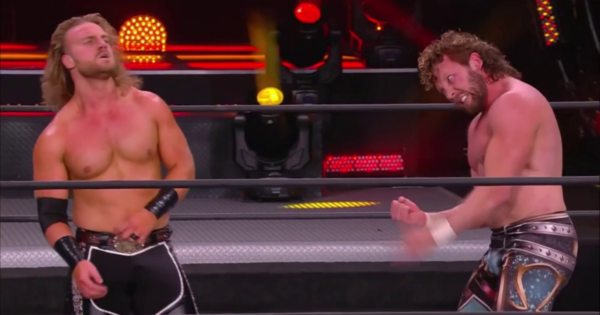 Despite being a popular wrestler, Kenny did not get this title match out of nowhere. Instead, he had to work his way through several other men.

To get the opportunity, Kenny first had to go through Sonny Kiss and Penta El Zero M. Finally, he had to beat his former tag team partner Hangman Adam Page.

Needless to say, the match between Omega and Hangman Adam Page at Full Gear was one for the ages. If you missed the match, we can certainly recommend checking out the pay-per-view.

While we doubt the story between Page and Omega is over, Moxley versus Omega will be a match to remember. And things officially kick off on Wednesday! 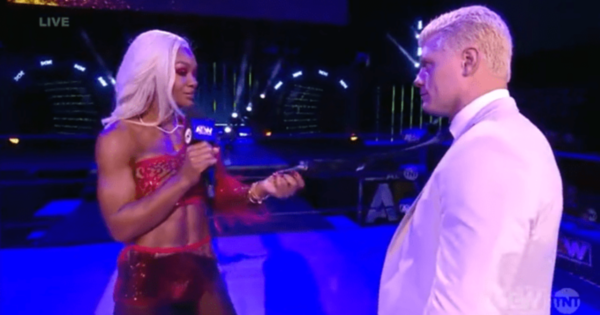 There are so many interesting things going on, it is difficult just to pick a few. Still, one of the other stories that stands out is the recent feud between Cody Rhodes and Shaquille O’Neal.

Last week’s episode of Dynamite saw Cody Rhodes’ promo rudely interrupted by an unknown beauty. However, it appeared that the beauty was looking to start a feud between Cody and Shaq.

Cody recently lost his TNT Championship to Darby Allin. And now it seems a major feud is awaiting the AEW posterboy.

.@CodyRhodes gives us his thoughts on potential rematches 🤔 #AEWDynamite pic.twitter.com/gv45k59yRL

Brandi Rhodes was not too impressed with the unwanted interruption. As soon as the beauty made her way towards the backstage area, Brandi Rhodes went on the attack.

Please note, some of the language in this video is not suitable for younger viewers. Viewer discretion is advised.

But the interesting angles did not stop there. As soon as Brandi left the ring, Starks and Cage attacked Cody. Allin would come to Cody’s rescue with an original thumbtacks jacket.

In short, we do not know where to look at the moment because of the numerous potential feuds. At the moment, it looks like Cody will be going into a feud with Shaq, which could also involve Brandi Rhodes and the mysterious beauty.

Once this feud is over, could Cody go back to chasing the TNT Championship? And could the temporary alliance between Allin and Cody go up in smoke faster than we thought?