The WWE has a crazy plan to make sure the seats are full for WrestleMania 37. But is the plan a good idea or not?

The WWE is planning to fill all the seats at WrestleMania 37. However, they are not thinking of filling the seats in the traditional manner.

How WWE Plans On Filling Seats At WrestleMania 37 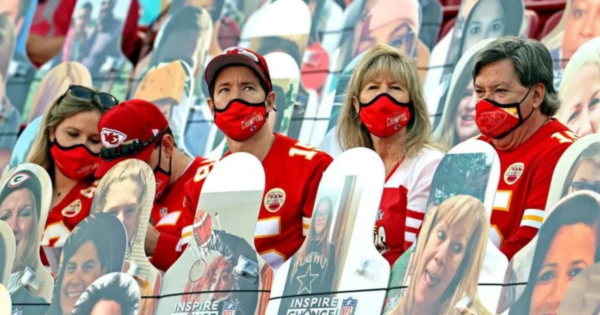 The WWE is looking at some unusual ways to fill the seats at WrestleMania 37. After all, the coronavirus pandemic has thrown a spanner in the works for many big events.

Now, the WWE is considering some unusual measures to fill those seats. In fact, the company is looking to use the cardboard cutouts used by the NFL.

According to a source, WWE officials are considering the use of the cutouts. They claim the Raymond James Stadium looked wonderful.

The NFL made a big profit with the cutouts as well. It was reported that the cutouts used at the Super Bowl were sold for $100 a piece.

While the cutouts are most definitely on the table, the WWE is still considering fans as well. Therefore, the cutouts will be used to fill out the empty seats in the arena.

What About The ThunderDome? 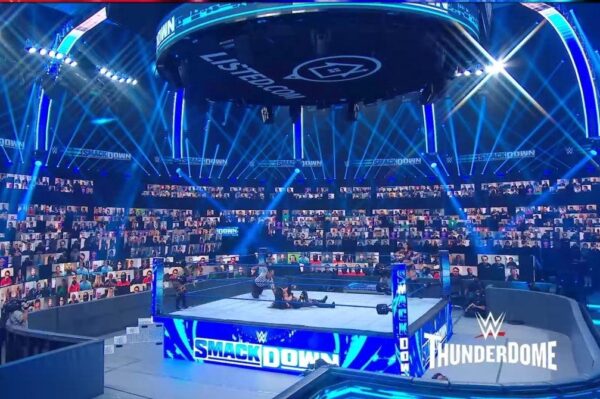 We do wonder how valid the rumors is about the cutouts. After all, the WWE invested considerably in their ThunderDome idea.

WWE may consider having some fans in attendance, but why would they nix their ThunderDome idea completely. After all, the ThunderDome is a lot more substantial than cutouts.

Of course, there have been some problems with the ThunderDome. And these problems could be exactly why the WWE does not want to use it for WrestleMania 37.

Some people who used the ThunderDome feature in the past have used it for less than noble purposes. Among other things, one person decided to appear in a KKK outfit.

While the people in question were banned, it’s possible there could be similar situations during WrestleMania. So, the company could the cutouts instead of the ThunderDome.

If the cutouts are used during WrestleMania, the company may consider continue using the cutouts during other big pay-per-views. So, WrestleMania 37 is likely to determine how the crowd will look at SummerSlam.

Will We Ever Get A Crowd Again? 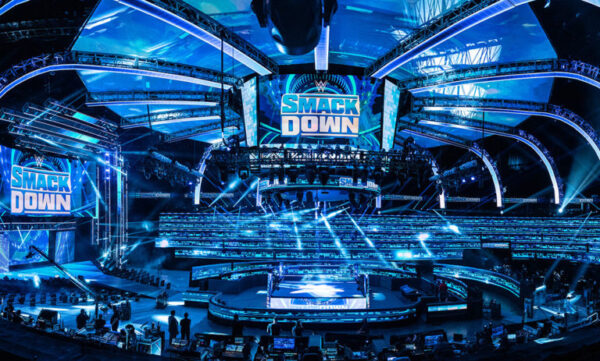 Since the coronavirus outbreak, big events have been pretty much without an audience. More than a year later, nobody could have imagined we would still be in the same position.

So, the question remains when we will finally get a crowd again? At this point, it all depends on how quickly people get vaccinations and not just in the United States, but worldwide.

Even though vaccinations are available for coronavirus, they do not provide 100% protection against the latest virus variants. Of course, this does not mean they are obsolete, but rather that some booster shots will be needed.

Of course, the lack of full protection against the coronavirus could cause fans to be more hesitant to attend certain events. In addition to that, lawmakers may not be ready to change the rules within a matter of months.

Most believe that virus containment could take until the end of the summer or even until next year. Time will tell if this is indeed the case.