Vickie Guerrero wants to be on AEW TV, so she has pitched an angle. And, a former WWE wrestler says he was fired for being too fat.

Vickie Guerrero wants on AEW TV and has pitched an angle of being general manager. Also, Nick Dinsmore, known to many as Eugene, claims to have been fired by WWE for being fat.

What was likely done as a short run, lasted around a decade. Besides being a manager, Vickie also worked as a general manager of RAW and SmackDown.

Lately, Vickie has been spotted on AEW TV. Her appearing for the competition has now caused problems with WWE.

Currently, Vickie does not have a permanent role on TV. But, she has pitched the idea of being an authority figure by charming Tony Khan.

“Well, I’ve submitted a storyline to the agents about being a general manager,” said Vickie on AEW Unrestricted. “I know there’s no general manager on AEW (thanks to Wrestling Inc. for the transition).”

“So you know ‘Basic Instinct’ with Sharon Stone where she’s at the desk, and she has the long legs and she crosses them. She wears a short skirt.”

“I can picture me trying to manipulate Tony Khan by romancing him and being seductive with him and giving him my woman power to say, ‘just let me be general manager, just for a month. Just let me try it.’”

“Of course, as a heel, I’m never going to be a general manager, but I think the segment’s would be so incredibly uncomfortable for Tony that it would get great ratings.”

Since forming, AEW has made it a purpose to not have an on-air authority figure. Khan has made brief cameos, but AEW does not make a big deal of his appearances.

Vickie has been spotted besides Britt Baker and Nyla Rose. Although, those alliances did not amount to much.

WWE Fired Wrestler For Being Fat 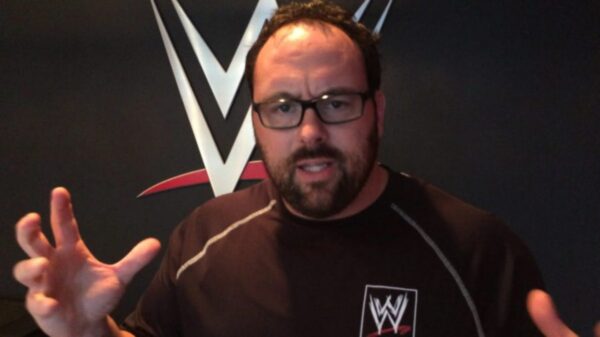 In WWE, some only get one chance. Others, have been lucky and the company gives them a second or rare third chance.

Nick Dinsmore, best known as Eugene, got three runs in WWE. Unfortunately, the second one lasted the shortest.

After being brought back in July 2009, Dinsmore worked two matches and one was a live event. Within days, he was let go.

While speaking to Talk Is Jericho, Dinsmore noted how WWE not was impressed by his physical condition. Basically, they thought he was too fat.

“Either I’d got so much into bad shape or the mind was turned. But they were like, ‘We’re not selling fat, old Eugene, you’re fired.’”

And, so ended the second run. He would return to WWE in September 2013 as a trainer for NXT.

Just over a year later he was released for the third and so far final time.

The character of Eugene will be tough to forget. WWE presented Eugene as the nephew of Eric Bischoff.

Since the character was given the gimmick of having special needs, people questioned the direction. WWE was presenting a wrestler as having a disability, despite nothing being present.

Eventually, the character was pushed to the bottom. Combine in Dinsmore’s drug problem and that is why WWE released him the first time around.

Dinsmore has seemingly cleaned up his act and still wrestles. He has transitioned into training, which is an important role many wrestlers find themselves in.