Shotzi Blackheart On Being Raped As A Child, WWE Rehires Producers

Shotzi Blackheart was brave enough to open up about being raped as a child. And, WWE has rehired two backstage producers.

Shotzi Blackheart is a brave woman, who was able to share stories about her being raped as a child. Also, WWE has brought back Fit Finlay and Shane Helms.

Shotzi Blackheart On Being Raped As A Child

Life is about overcoming obstacles and Shotzi Blackheart had plenty. The NXT star recently revealed that her upbringing was far from ideal.

Unfortunately, she had to deal with being sexually abused by more than one person. She spoke about problems with her uncle and later a peer from school.

“I had a pretty rough childhood, to be honest,” said Blackheart on Lilian Garcia’s Chasing Glory Podcast. “Bounced around from like, my mom’s to my dad’s and to my friend’s house at a real young age.”

“I dealt with a lot of sexual abuse for like, years. When I finally came out about it – I came out to my middle school counselor – [my uncle] went to jail. He’s still in jail now.”

She credited her dad and musical theater for helping getting through process.

Sadly, Blackheart would have to deal with more traumatic events in her life. During her freshman year of high school, she was raped.

Despite reporting the incident, the students bullied her as they did not believe the story. It would cause Blackheart to switch schools.

“High school was the worst,” said Blackheart. “I was raped in high school during my freshman year.”

“I told my best friend and she got me to come out about it, and everyone at school did not believe me. They just labeled me as a slut. They’d say, ‘She’s lying, she’s a skank.’”

Nowadays, Blackheart seems to be in a better place. She is currently one of the top females on the NXT brand and is the caption for her WarGames team.

“Performing was always just like therapy in itself,” said Blackheart. “I think I always chased it, so I think wrestling is therapy for me too. I just need it.” 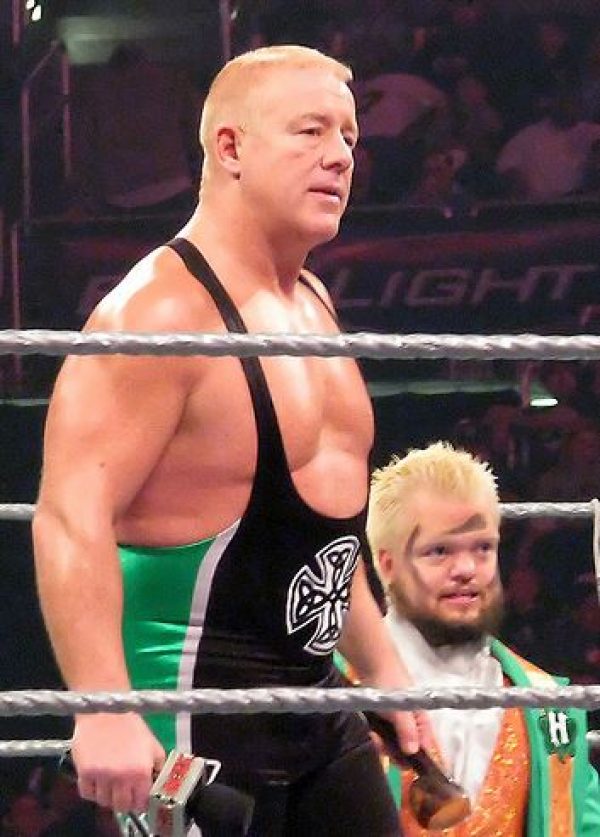 Otis winning Money in the Bank left lots of people questioning WWE’s decision process. At the time, Vince McMahon was high on the superstar and that is why he won the briefcase.

While holding the briefcase, Otis never teased a cash-in. It almost became an afterthought until The Miz got involved.

At Hell in a Cell, The Miz pinned Otis to capture the briefcase. He did so with an assist from Tucker, who turned on his former tag team partner.

Now, The Miz is a two time holder of the briefcase. The first time he won the briefcase resulted in a successful cash-in.

As for striking luck twice, that does not seem to be in works. During the Wrestling Observer Radio, Dave Meltzer went into details about the win.

Basically, WWE was looking for a superstar to be unsuccessful when cashing-in. Therefore, it seems like The Miz will not be leaving as champion thanks to the MITB briefcase.

At the same time, it makes you wonder why not have Otis be unsuccessful in his cash-in. Perhaps, WWE sees The Miz losing not a big deal like Otis.

Right now, WWE has two strong champions with Drew McIntyre on RAW and Roman Reigns on SmackDown. You would think both could hold their title until WrestleMania 37, but some believe Reigns’ title run could be short.

The Miz pinning either champion, especially considering their current status, seems like a long-shot. But, MITB is about giving someone a chance.