Impact & AEW have a partnership, leading people to wonder if Tony Khan will buy the company. And, Undertaker on Bruiser Brody beating him up.

Tony Khan has the money and is working alongside Impact Wrestling, so will he be buying the promotion? Also, Undertaker discusses getting beat-up in his first match by the vicious Bruiser Body.

AEW booking Kenny Omega to win their World Championship was not a surprise. If anything, the time it took is what shocked some people.

Then, AEW went a direction few saw coming. They decided to have a partnership with Impact Wrestling.

So far, it has mostly involved only a handful of wrestlers from both promotions. Some believe the storyline will see titles change hands, such as Omega claiming Impact Wrestling gold.

When it comes to money in-hand, AEW has the clear advantage. During post-show coverage of Dynamite, Tony Schiavone took part.

He has been there since basically the beginning and was asked if Tony Khan was going to buy Impact Wrestling. The reply was a simple, “no.”

“You spent a cup of coffee in IMPACT Wrestling yourself, didn’t you, Tony?”

“Yeah, one night then I quit the business for 18 years.” 😂#AEW #IMPACTonAXSTV

At the end, it is up to the Khan family if they want to purchase other companies. But, that does not seem to be their goal as they hope to improve the business.

And, Impact Wrestling is doing better finically now than they have in years. Towards the end of Dixie Carter’s reign as the boss, she would have been smart to sell a sinking company.

Undertaker Roughed Up By Bruiser Brody 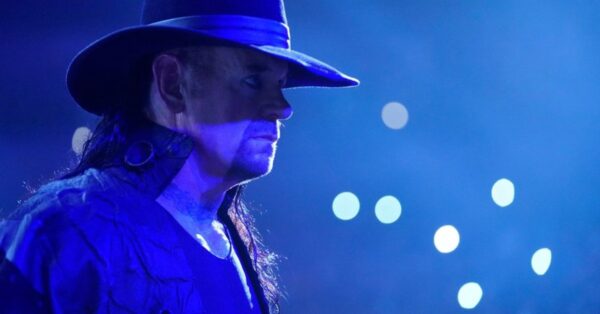 Before becoming a legend in pro wresting, Undertaker still had to find his place in the business. That started on June 1987 as Texas Red for WCWA.

During his first match, he was paired opposite the legendary Bruiser Brody. Being so green, the Undertaker had to learn the hard way how the game works.

While speaking to The Joe Rogan Experience podcast, Undertaker went over the beating he took within a few minutes. One accidental palm strike to the face was enough to have Brody loose his cool.

“The temperature in the room changed a little bit at that moment,” said Undertaker. “So we tie up again; I’m about to shoot him across the ring.”

“I’m yelling, I’m gonna hit him with a clothesline. So as I [throw Bruiser Brody and] I’m like, ‘Clothesline!’”

“He comes off the ropes like a bullet. Like a six-foot-five, 300-pound bullet and he kicks me square in my f—ing jaw.”

A historic career got off to a rough start. Afterwards, Undertaker realized his mistakes and thanked Brody for the lesson.

“I deserved it and he was giving me a lesson that I needed to learn,” said Undertaker. “Anyway, a couple of minutes later, boom, he pins me, and that was it.”

Like Brody did in 2019, Undertaker will also eventually join the WWE Hall of Fame. But, that will likely wait until fans can return to almost full capacity.

For now, Undertaker is enjoying retirement. He spent 30 years working for Vince McMahon before officially calling it a career at Survivor Series this past November.

WWE is still working on what is next for Undertaker. He has spent some time at the Performance Center, helping the future of the business.

For everything given, physically and mentally, Undertaker deserves a break. When he is ready, WWE will find the find role for one of the greatest to ever wrestle.