Triple H & Elon Musk may have beef, so the WWE star is calling out one of the richest men alive. And, could WrestleMania take place on Mars?

If Elon Musk is down, Triple H is looking for a fight. Also, could that lead to WrestleMania one day landing on Mars?

In one of the strangest feuds in recent history, Elon Musk and Triple H exchanged barbs. Apparently, Musk looking to bring the average citizens into space has got people talking.

Somehow, Triple H got involved. Then, he decided to challenge Musk to a wrestling match during the Good Time Show.

Highlight: getting @TripleH to cut a promo on @elonmusk and setting up a match at “Wrestlemania Mars”

The gauntlet has been thrown. Time for Elon to respond. 😉 pic.twitter.com/BHW36waeOe

“Let me address Elon Musk because I feel like there’s some type of disrespect going on here,” said Triple H. “Because I don’t know if he has a superiority complex because he’s a rocket scientist, a self-taught rocket scientist, right? Big deal.”

“He’s a guy that sort of revolutionized the electric car all because he wanted to fly rockets to Mars. Big deal.”

“Then, [he] goofs around on the internet, flips some things around, becomes the biggest billionaire, trillionaire, or whatever he is. The richest guy in the world, which, by the way, he couldn’t maintain for long. I’m sure he’ll flip that around.”

“At this point, Elon, you have to ask yourself… all those incredible accomplishments, and believe me, they are cool, but who have you beaten? Who have you ever beat? [The] answer is nobody.”

“If you want to disrespect our business that’s one thing. I will anytime, anyplace, anywhere [fight you], Elon Musk.”

“If you’ve got the guts, if you have what it takes to do this then you and I will talk about Elon what I really want to talk about, which is taking one of your rockets, launching it from Florida, going up into space, heading to Mars with a team from the Performance Center, where we then put on the largest spectacle the Universe has ever seen, WrestleMania Mars.” 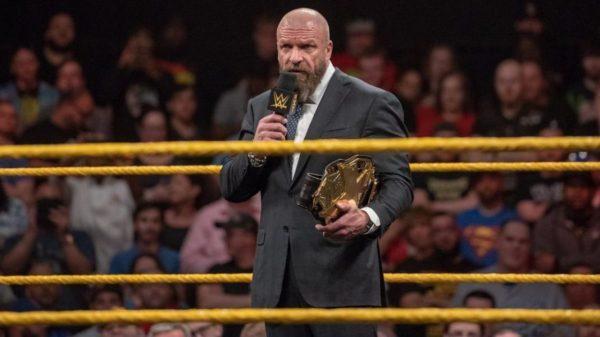 With almost $200 billion to his name, Musk is one of the richest people in the world. He is best known for his Tesla cars and always looking for the next big invention.

Well, he is also the chief designer of SpaceX. While nothing is official, Musk wants to have humans making commercial flights into space within a few years.

Much like Vince McMahon, Musk is always seeking to wow the crowd. While it seems farfetched, Musk is looking beyond space.

So, that brings Mars into the picture. The likelihood of anyone in today’s generation seeing an event on another planet is extremely low.

But, if it does happen, WWE might be one of the first organizations to volunteer.

There is no telling if Triple H really has a grudge with Musk. Probably not, although one cannot pass on an opportunity to make noise.

Triple H’s days inside a ring are narrowing as he barely competes. He has become part of management as he looks to propel WWE for decades to come.

Triple H vs. Musk would make national headlines and be great publicity for WWE.