There are some Superstars not supporting a couple current pushes, and I can't blame them. Also, some WWE employees are not happy either.

We are on the Road To WrestleMania, but some Superstars are not supporting certain pushes according to reports. Also, WWE corporate employees are not happy following a recent meeting with top brass.

Getting a push in WWE is quite often a hard earned, hard fought thing…so it may be a shock to hear that some Superstars are not supporting certain pushes.

That is, until you hear which pushes the Superstars aren’t supportive of. 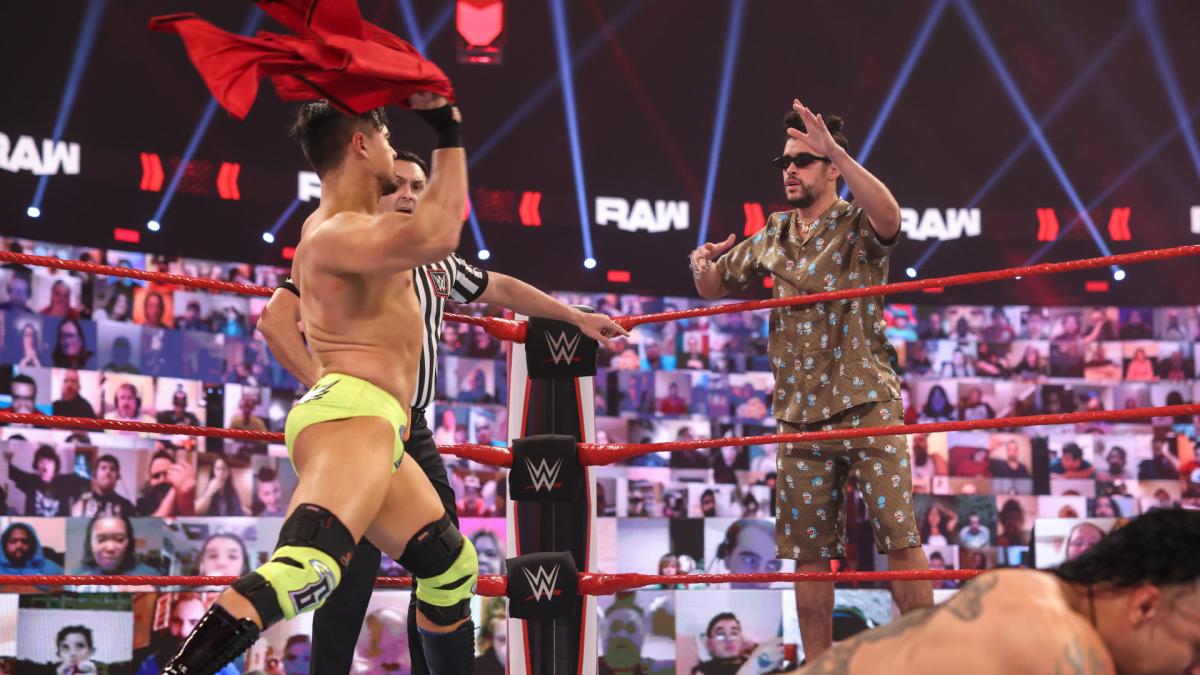 According to some reports, there are WWE Superstars who are not supporting the push we are seeing Bad Bunny get. On top of that, they are concerned about the push Bow Wow is expected to get, should he be showing up soon.

While there is some hope that bringing in Bad Bunny and pairing him with Damian Priest will help get the Superstar over, some Superstars are not happy with the move. As in, they don’t like a non-Superstar taking their TV time.

WWE is, of course, looking to increase viewership. They figure by bringing in some main stream stars, they might bring in some new or more casual fans.

There is a drawback, of course. To give TV time to a non-Superstar, that requires someone else losing their slot.

So, somewhere, some Superstar who has likely worked his or her butt off to get to the main roster? They are being told they aren’t needed this week in order to have room and time for a couple of non-wrestlers.

Sure, for now with Bad Bunny, he’s not taking dedicated time from Superstars…but pairing him with Damian Priest instead of another Superstar still can be seen as having a negative impact.

Put that all together, and it’s not hard to see why some Superstars are not supporting the pushes for these non-Superstars.

WWE Superstars are not the only WWE personnel who are having issues. After a big meeting for corporate staff, it is being reported that a number of WWE employees are not happy.

The meeting, and the mood, was covered via Fightful.

According to the report, the corporate meeting was to inform employees of cost-cutting and cost-saving measures.

Specifically, it appears that the back office employees (think WWE corporate, production and such) will not be getting raises, promotions or bonuses as of now.

On one hand, the move is understandable. Companies all over are doing what they can to keep costs under control.

Considering for many companies, revenue has become a concern, a move to reduce the flow of cash out makes sense.

I know for me personally, I had a similar experience with my former employer last year.

Now, there’s no explanation of the reasoning behind the move. But there are now a number of unhappy employees within WWE corporate.

The news is even harder to grasp considering the news we got earlier this week: WWE Network has effectively been bought by Comcast NBCUniversal, with the Peacock Network fixing to become the  WWE Network’s home for at least the next 5 years.

So, where’s that money going? If your employer just signed a multi-year deal worth $1 billion, I’d be unhappy too if I was seeing cuts.