Afer a surprise debut, are there plans to have Sting wrestle again? And, more on AEW and Impact Wrestling's new relationship.

After signing with AEW, will Sting wrestle? Also, AEW and Impact Wrestling now having a working relationship and here are the latest details.

Following months of speculation and rumors, Sting made his official on-television appearance for All Elite Wrestling.

The WWE Hall of Famer and former world champion sent the pro wrestling world into a frenzy by coming out on AEW Dynamite on TNT this week. He was part of the special “Winter Is Coming” episode of the program.

With Sting now officially on board, what does the future hold?

The promotion did announce that he has signed a multi-year deal and will be on the next edition of AEW Dynamite to address his fans.

Dave Meltzer of Wrestling Observer Radio has the latest backstage news regarding Sting. Meltzer notes that the 61-year-old is going to be a “regular character” on television as a way to help bridge the gap between new and old fans of the TNT programming.

Seeing as Sting was a staple and featured wrestler during the WCW Nitro days of TNT, the move makes plenty of sense. He is not expected to be taking any bumps, Meltzer notes, despite his regular appearances.

AEW is already pushing out Sting merchandise ahead of the holiday season, as he was wearing an AEW Sting shirt during his first spot.

Sting’s WWE Legends contracted expired earlier this year and his merchandise within that promotion was pulled recently.

“The surprise introduction of Sting was a great way to celebrate our biggest episode of Dynamite yet,” AEW’s Tony Khan said. “When AEW launched, I was ecstatic to bring wrestling back to TNT after a long absence. Sting defeated the legendary Ric Flair in the final match to be shown on TNT for more than 18 years until the debut of Dynamite in 2019.

“Now, almost two decades later, it’s such a thrill to welcome Sting to AEW and bring him home to TNT!”

.@STING HAS ARRIVED IN ALL ELITE WRESTLING!
Watch #AEWDynamite NOW on @TNTDrama pic.twitter.com/NMLGKqdQtX 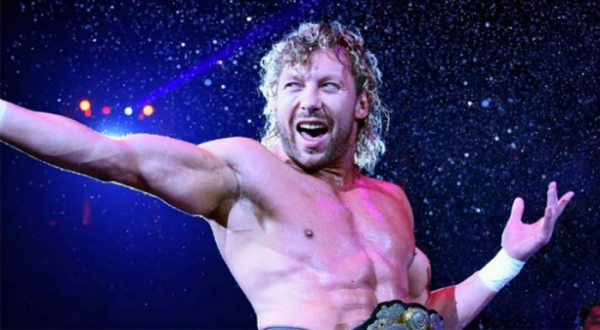 The relationship between AEW and Impact Wrestling has been in the works for quite some time.

On Dynamite, Impact Wrestling’s Don Callis was instrumental in helping Kenny Omega claim the AEW World Championship from Jon Moxley. The bout was part of the Winter Is Coming edition of the program on TNT.

Omega will appear on an upcoming episode of Impact Wrestling, Callis said, revealing his plans for the future.

Dave Meltzer of Wrestling Observer Radio reports that “the Callis thing has been in the works for a while.”

Callis will serve as Omega’s manager for the immediate future. More details are unknown at this time. The partnership between AEW and Impact Wrestling, but they “are going to be working together to a degree.”

AEW, under the guidance of Tony Khan, has been putting together plans to work with several promotions. Along with Impact Wrestling, NJPW and Lucha Libre AAA Worldwide will be working with AEW in the coming months.

In conclusion, AEW working with Impact Wrestling is an interesting development that will open many doors. Hopefully, the move allows both companies to improve their product.