AEW wrestler Sammy Guevara took to his YouTube Channel this week and trolled none other than T-Bar during his weekly vlog. To troll the WWE star, Sammy resorted to some cosplay.

Cosplaying As A Virgin 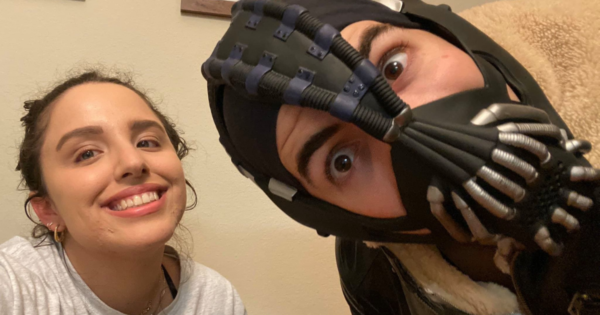 Sammy Guevara did some cosplay on his vlog to troll T-Bar. The segment included Sammy and his girlfriend Pam Nizio.

During the video, Sammy dressed up in a bane-like mask. Evidently, the similarities with T-Bar were clear for all to see.

However, things did not stay with cosplay alone. On his Channel, Sammy Guevara asked his girlfriend who he was dressing up as.

Sammy’s girlfriend first guessed “a virgin.” Then, she responded “a jobber.”

“I could swear you were that guy from Monday Night-“

Obviously, the video was cut off at this precise spot. Needless to say, we doubt T-Bar or the WWE are happy with the video in question.

That being said, Guevara actually has a reason for attacking the WWE wrestler. After all, T-Bar started the feud himself by making some strong and unfounded accusations against young Guevara.

It seems that Guevara has not let go of the feud yet and is looking to get some payback. For those of you who don’t know where this feud started, here is the history between these two wrestlers.

The History Between T-Bar And Guevara 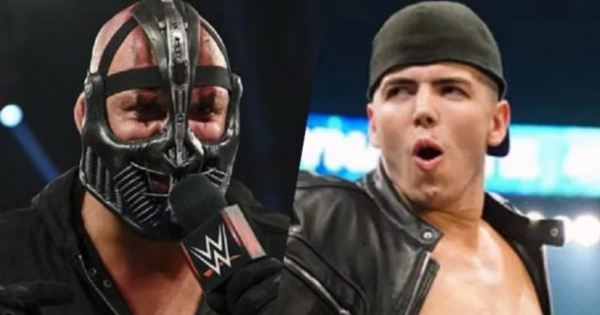 As you may have guessed, this video did not come out of nowhere. In fact, there is a bit of a history between WWE’s T-Bar and AEW’s Sammy Guevara.

It all started when T-Bar accused Guevara of stealing his finisher. According to him, Sammy stole the ‘Feast Your Eyes’ move.

Unfortunately, the wrestler did not stop there. In addition to accusing him of stealing a finisher, he also called Sammy a ‘teenage virgin.’

“Some little teenage virgin on AEW stole my finisher like four years ago after we did a show together”.

T-Bar continued to accuse Guevara, claiming he also stole all of Ricochet’s moves. However, Sammy did not take the accusations lying down.

Guevara retaliated and made it clear to T-Bar that the move in question belonged to neither of the men. In fact, he said the move was invented by independent wrestler Matt Demorest.

Matt Demorest is actually a close friend of Guevara’s. So, Sammy made it a point to name him and make it clear he came up with the move first.

Sammy then continued to call out T-Bar:

“Also while you are sitting doing nothing in catering on Monday check out the newest vlog.”

Since the incident, T-Bar actually deleted his original tweet. Whether he was ordered to do so by the WWE or if he deleted it himself because he made a mistake, we don’t know.

With the latest vlog on his YouTube Channel, Guevara continues the feud with WWE’s T-Bar. It remains to be seen if the WWE wrestler will have an appropriate response.

Maybe Guevara and T-Bar need to settle things in the gym over a nice sports drink? Having said that, the vlog did make me giggle a little, so well done sir!