Tribute To The Troops 2020: Highlights And Ratings Revealed

WWE's Tribute To The Troops 2020 is officially over. Ringside Intel has picked out the main highlights as well as the best moments.

The WWE held Tribute To The Troops 2020 recently. Here are the main highlights? 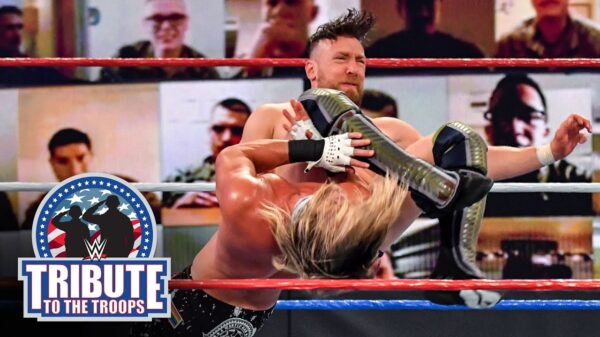 While there were no five-star matches during Tribute To The Troops 2020, there was an entertaining 10-man tag team match.

The 10-man tag team featured some big names. From Daniel Bryan and Dolph Ziggler to Rey Mysterio and Jeff Hardy.

Some of the Tribute To The Troops highlights came at the start of the match. In fact, Rey Mysterio and Dolph Ziggler had an amazing sequence going on.

Another one of my favorite highlights from Tribute to the Troops was when Montez Ford pinned Sami Zayn. You do have to love Montez Ford!

The tag match was an impressive kick off to the event. However, it did miss a certain ‘Je ne sais quoi’ in terms of a big wow moment.

Nevertheless, the performers involved gave their all and it was noticeable in the match itself. It also showed why guys like Bryan, Ziggler, Hardy and Mysterio became icons.

Feud Between Bayley And Natalya 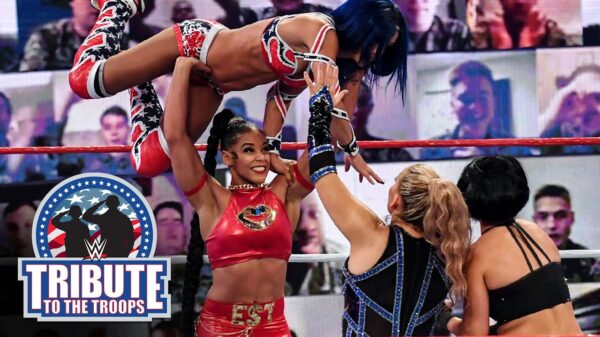 Tribute To The Troops saw numerous references to a potential feud between Natalya and Bayley. This much was clear by the countless mentions by commentator Michael Cole.

I would expect that the pair will head into a feud in the months to come. Unfortunately, it did not do much for this match overall.

While Bianca Belair impressed quickly out of the gate, she was not allowed to shine to her full potential. If anything, this match felt rushed and not thought out well.

Banks and Belair did bring some star quality to the ring. So despite the lack of groundwork from the WWE’s side, they arguably made this match mean something.

Belair and Banks seem to work together quite well. So, there is some speculation they could work together for the tag team titles in the nearby future.

This would also give Belair more footing on the main roster. While she does not need the tag division, it could be a natural progression for her. 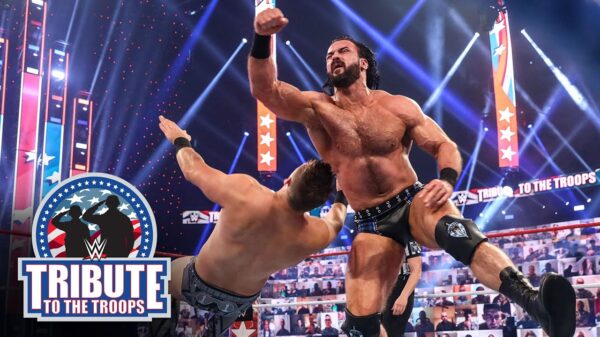 I love everything that involves The Miz or Drew McIntyre. Unfortunately, this match was extremely predictable.

While the match was predictable, I doubt the performers were at fault here. Much like the other matches in this lineup, everything was put together last minute.

The presence of Morrison did make the entire match more interesting. Unfortunately, the WWE went with the traditional underdog format for Tribute of the Troops.

Drew McIntyre took the win here, which was completely expected. Of course, many would have loved a MITB cash-in instead.

Despite the predictability of the match, the experience of both men in the ring was quite noticeable. I can only imagine what they could do for an actual feud.

Tribute to the Troops signifies the overall sentiment of WWE wrestling this year. Predictable with very few surprises. But, enjoyable nonetheless.