The next two weeks of AEW Dynamite were supposed to have a New Year’s theme. Now, those plans have been delayed as Wednesday’s episode will honor the late Brodie Lee.

Also, former WWE Superstar Brian Myers is not happy with how the company honored Lee. Consequently, he expected more and vented his anger on Twitter.

This week was supposed to feature two special episodes of AEW Dynamite. The first New Year’s Smash episode would air Wednesday and the rest the following week.

This Wednesday on #AEWDynamite, we’ll celebrate the life of Jon Huber (Mr. Brodie Lee) with a show including tributes and a special card of matches dedicated to The Exalted One. This night is intended to honor Jon, but also this is for Amanda, and their sons Brodie (-1) & Nolan.

The show will not be like anything else the promotion has ever produced. Several matches have been announced, each featuring members of his stable the Dark Order.

Also, there will likely be video packages and some heartfelt comments from his peers. Below are the matches being advertised.

– Lance Archer, Evil Uno, and Stu Grayson, vs. Eddie Kingston, The Butcher, and The Blade

New Year’s Smash’s will still take place, with everything pushed until a week later. The specials will now run January 6 and January 13.

#AEW New Year’s Smash will now take place across the first 2 weeks of 2021, on January 6 + January 13 on @tntdrama. I’ll announce the card for this week’s #AEWDynamite Celebration of Mr. Brodie Lee’s Life in a moment. Thank you to all who have shared their love for Jon this week. 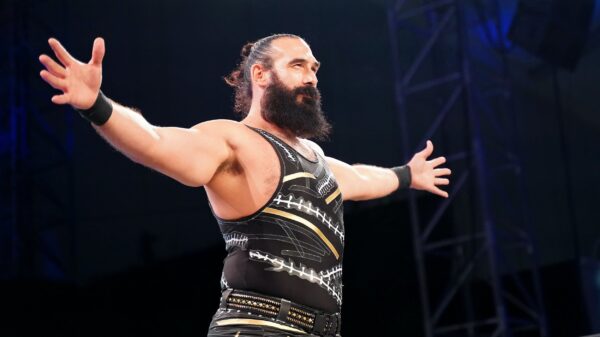 The former WWE superstar leaves behind his wife and two children. Meanwhile, CM Punk and Mick Foley are donating their profits from Pro Wrestling Tees to Lee’s family.

Lee passed away at 41 years old from some sort of lung issue. Also, it was not COVID related.

During Wrestling Observer Radio, Dave Meltzer spoke about Khan’s decision to change Dynamite this week. The call was made late Sunday night and he worked though Monday morning to get everything set.

“He felt very pressured to put on this unbelievable show for Wednesday,” said Meltzer. “I mean, he really felt it.”

“He said he had some ideas and I mentioned some things I’m sure he’d already thought about anyway. It wasn’t like I was giving him any ideas, although I did suggest some things. I don’t know if they’re going to do them or not.”

“Then this morning, I hear from him. And he said, ‘after our conversation I stayed up all night and re-wrote the entire show.’”

“So, that was a decision from late last night. Because we were still talking about Kenny Omega and Fenix last night.”

I haven’t slept much recently, I have a lot of responsibilities across my different roles, but this was the hardest week I’ve ever experienced. I’ll miss Jon very much. I worked all night on a tribute card to honor him, the response from Amanda & from fans made me cry. Thank you.

Wednesday night will be the final AEW Dynamite of the year and likely the saddest. After that, wrestling will try to move forward again, but never forget what Lee brought to the business.

Wrestle Newz continues to sent our condolences to Lee’s friends and family during this difficult time. 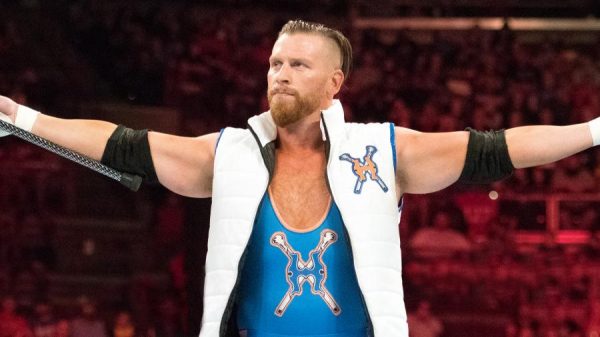 WWE opened RAW with an image of Brodie Lee (also known as Luke Harper). Besides a few wrestlers paying their respect during RAW, that was it.

Former WWE superstar Brian Myers (also known as Curt Hawkins) was not happy. He called WWE out on Twitter, wanting to know why there was no ten bell salute or video package.

No 10 bell salute?
No video package?
This man was beloved by his peers & we’re all grieving hard.
This isn’t right. https://t.co/PhZIckKcbm

The current Impact Wrestling competitor does have a point. Lee spent seven years with WWE, most notably as a member of the Wyatt Family.

While Lee was not happy at the end of his run and asked for his release, he still left an impression. Since his passing, tons of wrestlers have sent out touching moments they shared with Lee.

Above all, the entire situation is just sad as another wrestler is gone far too soon.