The death of Brodie Lee left the wrestling world stunned and now we are learning more details. And, Bray Wyatt put out a touching message.

Last night we learned about the shocking death of Brodie Lee and now more details are emerging. Also, Bray Wyatt sent along a heartfelt message about his former stablemate.

Details On The Death Of Brodie Lee

Yesterday, the wrestling world received some horrible news. Brodie Lee (known as Luke Harper in WWE) passed away at only 41 years old.

Jonathan Huber left behind a wife and two children. His wife, Amanda, stated the issue involved a lung infection and was not COVID related.

The news was heartbreaking, especially within the wrestling business as seen by all the tweets. It seems only a few people knew something was wrong as most were kept in the dark.

During Wrestling Observer Radio, Dave Meltzer commented how nobody in his stable, Dark Order, were aware of a serious medical condition.

“They were all talking about Brodie [in the Dark Order], because they didn’t know,” said Meltzer. “You know, I mean it was one of those things where the family [of Lee] didn’t want anyone finding out.”

“I mean very few people knew. It was obviously it was very, very bad. It’s been bad for a while.”

The Dark Order, along with wrestlers around the world, sent in tributes. It was one of those rare moments were AEW and WWE wrestlers reacted to each other without the fear of punishment.

Remember, AEW and WWE are just two wrestling promotions. Life outside of those companies is much more valuable.

Lee had not appeared live on AEW TV since dropping her TNT Championship, but was still being mentioned by the Dark Order. At the time, many seemed to be under the impression that nothing major was going on.

Then, after AEW filmed Holiday Bash, they had his young son, Brodie Jr., wrestle Kenny Omega. Brodie Jr. won the title as a special moment, so AEW management likely knew how serious the matter was.

Wrestle Newz continues to send our condolences to the friends and family of Jonathan Huber. Stay tuned as more news develops. 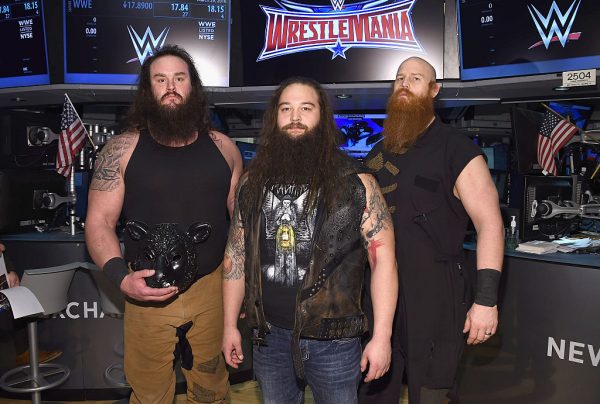 Before singing with AEW, Brodie Lee went by Luke Harper in WWE. He spent most of his career as a member of the Wyatt Family.

The Wyatt Family debuted in NXT. Bray was the leader with Harper, Erick Rowan and later Braun Strowman as his followers.

Together, the group struck fear into their opponents and went on an impressive winning streak. Like most groups, they eventually went their separate ways, but always found a away back together.

This family made me so excited for wrestling again. Thank You Luke Harper may you rest in peace. #wyattfamily #RIPLukeHarper pic.twitter.com/pIZ6wUh3d2

Towards the end of Harper’s WWE run, Rowan and Harper formed a tag team known as the Bludgeon Brothers. They would end up capturing the SmackDown Tag Team Championship.

After departing from WWE, Harper became Mr. Brodie Lee and leader of AEW’s Dark Order. His gimmick was that of a cult leader and also a knock at Vince McMahon.

It does not matter what was happening as Jonathan Huber always left a good impression.