CM Punk tried buying ROH, but Carey Silken didn't like how he went about it. And, Liv Morgan is getting lots of praise from WWE.

At one point, CM Punk posed the idea of buying ROH. Also, Liv Morgan has plenty of backstage supporters in the form of wrestlers and management.

Even before CM Punk abruptly quit WWE in January 2014, he was thinking about the future. Apparently, Punk had interest in purchasing Ring of Honor (ROH).

ROH Strong podcast recently spoke to Carey Silken, who revealed in 2010 that Punk texted about buying the company.

“I get a text message in like 2010,” said Silken. “CM Punk texts me out of nowhere and is like, ‘What would you want to sell Ring of Honor?’”

“I’ve hustled tickets on the street and have had a somewhat successful business. I don’t think text messaging is the way to approach sales of companies.”

Silken continued how he also got an offer from Jerry Jarrett a few years prior about also buying the company. In the end, neither secured ROH and the Jarrett family started Impact Wrestling.

“That first text message might be, ‘I’d like to talk to you about something.’ Those were my only two real offers […] they weren’t real. Those were the only two rinky-dink offers I’ve ever had.”

There is no way of knowing if Punk was joking or serious. He spent time in ROH, even winning their World Championship before officially starting with WWE.

Punk’s final run in ROH was one of the most memorable moments. He won the title, signed his WWE contract on it and claimed he was taking the title with him.

Of course, he would drop the belt before having an emotional farewell match. As for wrestling again, Punk seems to be done with that aspect of his life. 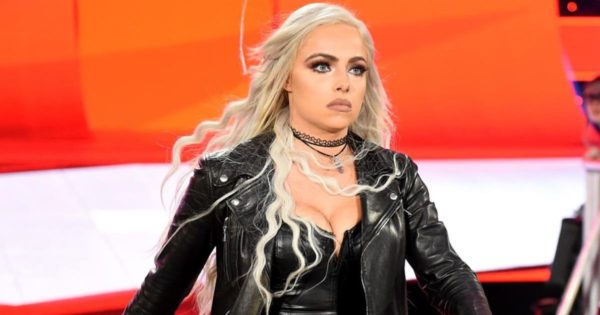 There are so many wrestlers in WWE that some easily get lost in the shuffle. Recently, Vince McMahon wanted a list of wrestlers that have been underutilized.

According to Fightful Select, the one name that keeps popping up is Liv Morgan. She was praised backstage for her work ethic and give praise by two fellow wrestlers.

“She’s is obsessed with improving and becoming one of the best,” said one source. “She cares more than anybody, I think. It’s great to see that kind of passion. Not everyone has it.”

“Liv is one of those people that everyone wants to work with because you know that she’ll do whatever it takes to make the match, the angle, the interview as good as possible,” said the other source. “Even if she’s not winning or even coming out looking good, she always wants what she’s a part of to be good because she knows how it reflects on her, win or lose.”

It has been an interesting 12 months for Morgan. When WWE initallly broke up the Riott Squad, Morgan was removed from TV for months.

Eventually, vignettes started airing about her return. Then, she suddenly appeared on the final RAW of 2019.

She objected to Bobby Lashley marrying Lana, claiming her love for the latter. The lesbian angle was quickly dropped, but there are reports it may return in 2021.

Morgan would then spend most of 2020 trading wins and losses, with no real angle. Now, she is back working with Ruby Riott.

Paul Heyman was a big fan of Morgan, hence the quick push on TV. But, he lost his RAW Executive Director title and the responsibilities that go with it.

At only 26 years old, Morgan has plenty of time to continue to climb the women’s division. 2020 might not have been her year, but 2021 could see bigger and better things.

Also, her WWE Network special got the company taking. She was candid in the Liv Forever documentary about WWE frequently breaking their promises.