The release of a documentary on WWE superstar Liv Morgan has left the pro wrestler with some interesting reactions backstage.

The latest special on WWE Network about Liv Morgan has caused some backstage drama. Also, the Matt Hardy character seems to be undergoing new changes in AEW.

Drama is in full swing backstage at WWE over the release of the Liv Morgan documentary.

The documentary, titled, Liv Forever, highlights from of the non-positives of the pro wrestling promotion. That includes the company’s decisions to start and stop booking along with changing plans.

Those issues leave the WWE looking not the best. Some have been critical of it and the reception has not been all positive.

How I feel knowing that I’m going to have everything that’s meant for me ✨🖤 pic.twitter.com/v4GJJbmRLW

Fightful Select has numerous reports from talent, including one that said “missing any time because (you are off) might not get on the show.

“If you allow yourself to be booked poorly one week, that’s the direction your booking is usually going to go in the weeks that follow it.”

One long-time member of the WWE wrestling roster added they were “shocked” the documentary was given the light of day.

The 26-year-old, real name Gionna Jene Daddio, is a native of New Jersey. She began her pro wrestling career in 2015 and prepared inside the walls of the WWE Performance Center.

In 2017, Morgan made her debut on the main roster, forming the stable The Riott Squad with Ruby Riott and Sarah Logan. In 2019, she started competing in singles.

Morgan was one of the picks for the SmackDown brand during the 2020 Draft, joining Riott. She re-formed a partnership with Riott to defeat The Ilconis at Payback. 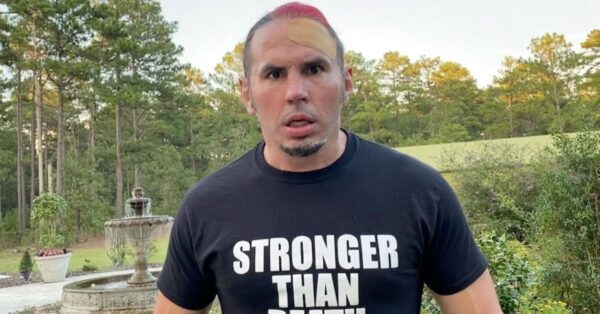 During his pro wrestling career, Matt Hardy has played many, many different roles.

Since his arrival in All Elite Wrestling, though, Hardy has been a babyface. Things could be changing soon for the legendary superstar.

According to a report by Dave Meltzer on Wrestling Observer Radio, plans are in the infant stages to turn Hardy heel. The plans were laid out during the recent episode of AEW Dynamite through the Dynamite Diamond Battle Royal.

“Matt Hardy turning on his own partners and eliminating them….from what I was told Silver got one of the biggest pops coming out from anyone who was there,” Meltzer said. “Silver was a total babyface and then Hardy eliminated him.

“That was on purpose because they know nothing is going to get people to boo Matt Hardy unless they eliminated (a wrestler) who was so over.”

The AEW roster continues to grow including the arrival of Sting to the promotion.

The 46-year-old Hardy joined AEW following a lengthy run with the WWE. There, he was part of the Hardy Boyz tag team with his brother, Jeff. The duo won the tag team titles numerous times.

He has yet to secure a title of any kind since signing with AEW, but has always been in the main event picture.

We will see if a change in attitude leads to some gold finding a new home.