Jon Moxley and Tony Khan ripped into a talent member over a dangerous and botched spot. And, WWE has a new producer courtesy of 205 Live.

One of the most talked about moments early in AEW history was Shawn Spears’ brutal chair shot to Cody Rhodes. Apparently, Jon Moxley and Tony Khan had a heated conversation with Spears after what happened.

Also, 205 Live superstar Brian Kendrick is now working as a producer for WWE.

In the summer of 2019, AEW was still developing as they prepared for Dynamite’s debut months later. One of the earliest pay per views was Fyter Fest 2019.

A big takeaway from the evening was an incident between Shawn Spears and Cody Rhodes. After a match, Cody took an unprotected chair shot from Spears.

Your thoughts on the unprotected chair shot that Cody Rhodes takes from Shawn Spears at All Elite Wr… https://t.co/mLK5BxaqDA pic.twitter.com/OzE4PJNrCh

The scary moment left fans questioning the early decision making of AEW. Now, we know the chair was supposed to be gimmicked, but things went wrong.

Cody ended up requiring stitches and there was fear he suffered a concussion. After the incident, Cody remembers AEW boss Tony Khan and Jon Moxley ripping into Spears.

“I saw out of the corner of my eye as I headed for the training room Moxley and Tony Khan just ripping Spears to shreds,” said Cody on the AEW Unrestricted Podcast. “And I hadn’t seen that side of the owner, the founder, the chief, the boss, Tony.”

“And I hadn’t seen that side of Moxley as some days he says half a word to you, other days he’s talking your ear off – he’s such a unique personality. It was cool to see that because he cared about my health and he cared about the product, and I could see him pantomiming to Spears on how he was supposed to do it.”

“And Tony’s agreeing because you’ve got a wrestler like that, he’s clearly gotta be right, but, he’s wrong. I appreciate he cared about me – he’s wrong because I’m the one who told Spears to swing from the side.”

Also, Cody would admit he did not know how to properly gimmick the chair. And, the head of props was later fired over the incident.

Over a year has past and things have seemed to settle down. Cody remains a top wrestler on the roster, being a two time TNT Champion.

As for Spears, he struggled quite a bit in 2019. So far, the following year has been better as he began picking up a winning streak. 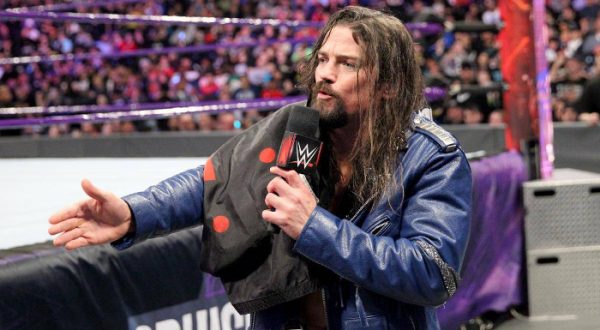 WWE let many producers go because of COVID and some eventually returned. But, they added a new name in Brain Kendrick.

PW Insider reports that Kendrick has been working as a backstage producer for NXT as of late. This is his second time in the role, having worked it between 2014 and 2016.

One of Kendricks early projects a few years ago was working with Eva Marie. Apparently, she is returning to WWE after being released a few years back.

Besides being a member of 205 Live and a WWE producer, Kendrick also runs his own training school. It is called Santino Bros Wrestling Academy and is established in Los Angeles, California.