Brandi Rhodes Reveals How She Became A WWE In-Ring Announcer

The Chief Brand Officer of AEW Brandi Rhodes recently revealed how she became an in-ring announcer for the WWE. And it's surprising!

Brandi Rhodes recently revealed how she became an in-ring announcer for the WWE. How she landed the role is quite extraordinary. 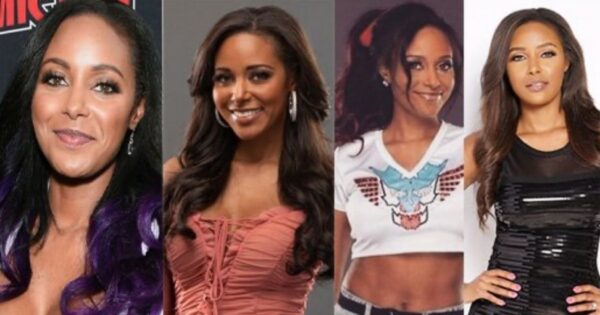 Brandi originally went to FCW to become an in-ring performer. While she originally had a masters degree in journalism, she decided to pursue a career in entertainment.

When the regular announcer missed the show, Brandi was asked to be the substitute. And it seems the WWE brass liked what they saw.

“So I did it, and the next thing I know, [Senior Vice President of Talent Relations] John Laurinaitis called and said, ‘Hey, you’re on the road.’ I told him I only did it one time at this little show in Florida, and he said, ‘It’s OK, kid. You’ll be good.’ The next week I went and announced in front of 10,000 people, which was pretty terrifying.”

Brandi would remain in the WWE as an in-ring announcer for some time. Only when she left to go to Impact Wrestling did she make the switch to active wrestler.

It seems that most of Brandi’s talent went to waste in the WWE. While she was a fantastic in-ring announcer, she was capable of so much more. 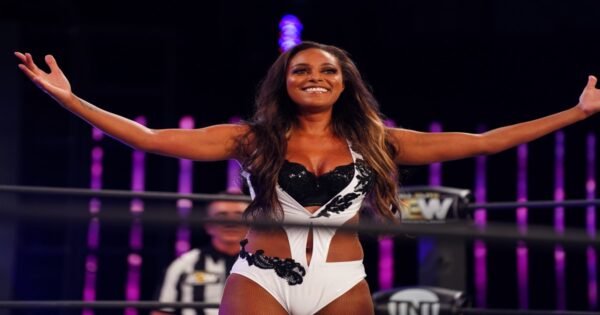 Years after her announcer career, Brandi Rhodes has expanded on her personal brand. It eventually landed her a gig at AEW, alongside her husband Cody.

Brandi soon became the company’s Chief Brand Officer, which is the same role Stephanie McMahon fulfills in the WWE.

As the CBO, Brandi recently started ‘AEW Heels.’ It is a place for female wrestling fans to go and discuss their favorite sport.

Despite her obvious popularity, Brandi had to deal with a lot of negativity on social media. So, it came as no surprise when the CBO took some time off social media.

Brandi is also an active wrestler at AEW. She is a part of the Nightmare family and formed a tag team known as the Nightmare Sisters.

And Brandi still has some opponents she wants to face in AEW. More notably, she expressed her desire to have a match against Serena Deeb.

“I would love to wrestle Serena [Deeb],” said Brandi. “I think she is amazing. Training with her here and there, she is somebody you pick things up from without knowing you’re doing it. She’s very fluid in the ring, and I think we could have a really nice match.”

Serena Deeb has made some appearances at AEW, so I would not rule out a match completely. However, it seems that Brandi is now heading for a new feud with Jade Cargill.

Since she is the CBO of AEW, she does not wrestle as actively as I would like. More specifically, I would love to see Brandi as the women’s champion at some point.

Recently, Brandi Rhodes also teased the possible arrival of basketball legend Shaquille O’Neal. In other words, there are plenty of reasons to keep an eye on Brandi Rhodes in the future.