Vince McMahon's WrestleMania 37 idea will hopefully get WWE back on track after 2020. And, a big name sees Rhea Ripley headlining the show.

Vince McMahon’s idea is make WrestleMania 37 an event that will reintroduce fans to their product after a wild 2020. Also, Triple H sees Rhea Ripley only being a few years away from being in the main event of WrestleMania.

WrestleMania 36 was the most unique installment of the event. Due to COVID-19, the event underwent drastic changes in a short amount of time.

The most obvious differences from previous years saw the event come from the WWE Performance Center with no fans. In addition, several wrestlers were pulled last minute, causing WWE to book matches that had no backstory.

Heading into WrestleMania 37, the idea was to book it from California’s new SoFi Stadium. Over the summer, talk seemed to indicate that the move was not possible and Florida was in the running.

Originally, WrestleMania 36 was supposed to come from Florida before the virus wrecked havoc. Unlike California, the state of Florida is more open to allowing fans into packed venues.

Wherever WWE decided to book the show, Vince McMahon wants to make a statement. Wrestling News noted how McMahon wants WrestleMania 37 to be used as a platform to reintroduce fans to WWE.

Of course, nothing is a lock at the moment. Therefore, WWE has not confirmed any of the rumored changes.

The election next month could play a role in how the country attempts to control the virus. And, until there is a vaccine, life will remain much different than it was 12 months ago. 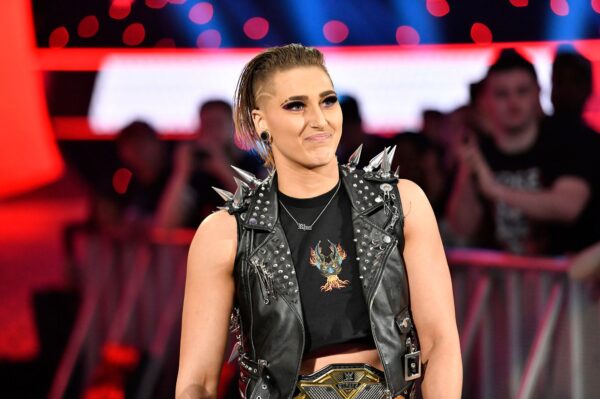 Speaking of WrestleMania, Rhea Ripley made history back in April. During WrestleMania 36, she become the first NXT Champion to defend their title.

She was challenged by Charlotte Flair, who won the Royal Rumble earlier in the year. Despite a valiant effort, Charlotte walked away as the new NXT Women’s Champion.

They were featured early in the card, unlike the previous year where Charlotte made history by closing the event. At SmackDown’s second season debut on FOX, Triple H spoke with WWE’s panel.

When asked about which future NXT star will headline WrestleMania, he went with Ripley. He said it will not happen in 2021, but within a few years she will be closing the show.

With female superstars finally being seen as equals to their counterparts, female headlining WrestleMania on a regular basis is now a thing.

It would be cool for Charlotte and Ripley to meet again at WrestleMania, but this time in the main event. WWE clearly sees Charlotte as one of their top stars and Ripley is making her own path.

For now, Ripley is focused on the NXT brand. After losing the title, she was unsuccessful in regaining it.

Lately, she has been working an angle with Raquel Gonzalez to see who is baddest female in NXT. They are headed for a collision course real soon on TV.

In conclusion, keep a close eye on Ripley as she has bright future.