Aalyah Mysterio has a big fan in Vince McMahon, which may lead to a WWE deal. And, the supplemental draft saw more superstars change brands.

Aalyah Mysterio might end up signing with WWE, as Vince McMahon sees potential. Also, a supplemental WWE Draft took place and more superstars have been moved around.

Rey Mysterio and Dominik Mysterio’s battle against Seth Rollins have been very personal. So much, the the entire Mysterio family has joined the program.

In the last month, Aalyah Mysterio was brought into the angle and has been given a major role. She has been showing interest in Rollins’ discipline Murphy, which has caused problems for the family.

Initially, Aalyah was to be used for a short-time. Although, that could change as Wrestling News reports Vince McMahon is a fan of work.

“Don’t be surprised if Vince offers her a full-time contract,” said a WWE source to Wrestling News. “He sees star potential in her. You will see her in multiple segments on some shows going forward.”

“She’s great to work with. She’s eager to learn and if she wants to pursue a career here or anywhere in the entertainment world then I think she will be successful.”

WWE has invested so much hate into the Mysterio-Rollins angle and it does not seem to be ending any time soon. All parties involved are now on SmackDown, so the carnage will just continue on Fridays instead of Mondays.

Aalyah is only 19 years old and not a pro wrestler. But, WWE has already found a spot for her in one of their biggest feuds of 2020. 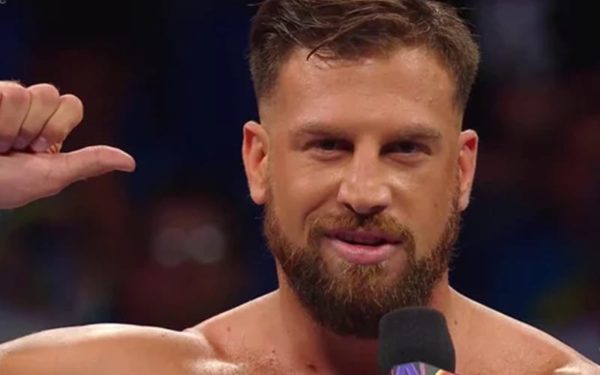 The 2020 Draft started with Friday’s SmackDown. A bunch of superstars are staying put with others switching brands.

During Talking Smack, fans learned the future of some other superstars. Humerto Carrillo is staying on RAW, while Kalisto remains part of SmackDown.

Humerto Carrillo has been on RAW since leaving 205 Live. Mostly, he has been teaming with the Mystery family; who are now on SmackDown.

Kalisto recently returned from injury. Since then, he was having trouble with his friends in Lucha House Party.

Murphy moves to SmackDown, where he could rejoin his alliance with Seth Rollins. One of the biggest changes on Friday saw Rollins become a member of SmackDown.

Drew Gulak seemed destined for big things after being paired with Daniel Bryan. Although, the push ended as he recently began chasing the 24/7 Championship.

With Tucker going to RAW, that means Heavy Machinery is no more. We already know Mr. Money in the Bank, Otis, is not leaving SmackDown.

I LOVE YOU BIG BROTHER ✊🏻 pic.twitter.com/E3Akch8PbB

The biggest moment from the WWE Draft was Kofi Kingston & Xavier Woods winning the SmackDown Tag Team Championship. Then, they were immediately sent to RAW while Big E remains on SmackDown; thus splitting New Day.