Oprah Winfrey suggests Nazi Germany used the US as a model while discussing her Book Club pick "Caste" with author Isabel Wilkerson.

A woman whose American Dream took her from poverty to becoming a media billionaire has compared the United States to Nazi Germany. That’s the narrative Oprah Winfrey is peddling in the “Caste” episode of her Apple TV series “Oprah’s Book Club.”

Oprah’s discussion with Isabel Wilkerson, New York Times alum and author of Oprah’s Book Club’s latest selection “Caste: The Origins of Our Discontents,” is shocking. And it’s incredibly hypocritical coming from such a successful media mogul of color.

Oprah's new book club podcast: The first book to be explored is @Isabelwilkerson 's #Caste, which focuses on the #racial and #class hierarchy in America. @oprahsbookclub @Oprah #BookClub #podcast https://t.co/5a5q33Kjz2

Oprah Winfrey Calls US A “Template For Nazi Germany”

“Caste” draws parallels between the caste systems of America, India, and Nazi Germany according to a statement from Apple TV+.

Wilkerson’s book also examines the treatment of black people over time in the US and how that contributed to what she calls the “unspoken caste system” of today.

“How did you decide to focus the book on three caste systems, India, Nazi Germany, and the United States? I think a lot of people get riled up and offended that you’re comparing the caste system here to Nazi Germany, yet we discover that we were the template for Nazi Germany,” the self-made American billionaire Winfrey asks Pulitzer Prize winning Wilkerson.

Oprah Winfrey thinks people in the USA are trapped in the class they’re born into.

Stop and think about that for a minute.

She states that this book is the most important one she has chosen for her Book Club.

What Is A Caste System Anyways?

In degrading her own country by suggesting the US was a template used by the Nazis, Oprah highlights her ignorance of her own journey and what a caste system really is.

From Foundation for Economic Education:

But, what’s this about caste? A caste system, according to the dictionary definition, is one that divides society into hereditary classes. The classic caste system is that of traditional Hindu society, which was stratified into castes ranging from upper-crust Brahmins (scholars and priests) down to an underclass known as “untouchables.” Caste membership was determined by birth, and movement up and down the caste hierarchy was nearly impossible.

Wilkerson’s book alleges (and presumably Oprah agrees) that America, the so-called “land of opportunity,” is actually a caste system, citing racial oppression throughout the country’s history.

One would think, given Oprah’s humble beginnings, that she would be first in line to call America a “land of opportunity.”

Oprah was born in Mississippi in 1954. Her family was so poor that her clothing was made from potato sacks.

This girl, whose doll was reportedly a corn cob, was able to graduate from Tennessee State University after receiving a scholarship to attend there.

After college, Oprah began a blossoming career in television that has allowed her to amass a reported fortune of  $2.6 billion. 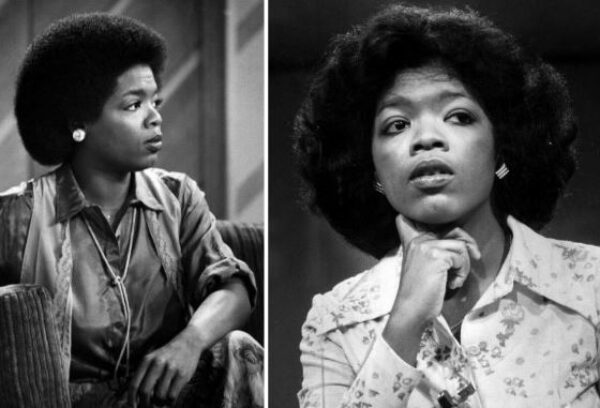 Despite her rags to beyond riches story, somehow she believes she lives in a country that has a caste system.

Oprah even used her show to help launch the political career of the first Black President of the United States.

Still, she feels the need to degrade the very country that has afforded her to live beyond her wildest dreams.

I watched her for years, even the episode that brought to us a charismatic black Senator that Oprah herself said would one day be president. 😈⬇️😈#OprahIsARacist https://t.co/P7X4jxQrUQ pic.twitter.com/Tj44Ow8qAr

Oprah’s story shows that dreams can become reality in the United States.

If we had a literal caste system in the United States today, Oprah Winfrey would not be a self-made media mogul billionaire.

Capitalism and freedom allowed her to become the successful businesswoman that she is today.

Oprah Winfrey plans to continue her dialogue on race in America.

In addition to the “Oprah’s Book Club” segment about “Caste” on Apple TV+, she will continue her conversation with Isabel Wilkerson in a two-part episode for “The Oprah Conversation” premiering October 9th.

Read Next: Kid Rock Speaks Out After Backlash Over His Rant Against Oprah