WWE officials had no problem letting Sami Zayn know that he can be annoying. And, a huge match is rumored as the Hell in a Cell main event

Sami Zayn has been called annoying backstage and it led to WWE officials speaking with the current Intercontinental Champion. Also, Sasha Banks and Bayley are rumored to main event Hell in a Cell.

Sami Zayn has been with WWE for about seven years now and is currently in one his biggest pushes. Although, there had been reports for the past few years about Zayn having heat for his backstage antics.

While on New Day: Feel The Power, Zayn did dispute the claim. In fact, he went into details about WWE officials having a meeting to address his “annoying” ways.

“WWE made me aware of some of my own actions,” said Zayn. “I came in and the big mantra was perception is reality. Even though I was 28 when I got there, I don’t think I was a mature person in some ways.”

“And then, there were a lot of people who didn’t agree with that. I see myself one way and they are seeing me in a very different way.”

“It made me a lot more aware of how my actions are perceived by people who are not me. For example, what I might perceive as fun loving, let’s have some fun chat on the bus might be perceived as annoying.”

“I always only looked through my own lens, but being around these people with all these different points of view starts making you look at yourself through their lens. On the independents, it’s a very different mindset.” 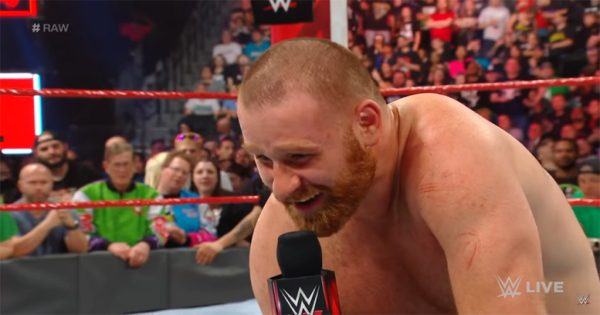 “We are all just buddies. I would not call it a competitive environment. Everybody wanted to have great matches, but it’s not like you viewed the other person as a threat.”

“When you come to WWE, especially back then, it’s different now. But, it fostered a culture that the person sitting next to you was not your friend. He was a threat to your success. It was the culture at the time. I remember struggling with that.”

After losing the NXT Championship, Zayn would join the main roster. For years, he feuded on and off with his best friend, Kevin Owens.

Currently, they are on different brands with their own storylines. Zayn was off TV for about six months, but returned in late August.

He claimed to still be the Intercontinental Champion, despite being stripped due to inactivity. There are conflicting reports if Zayn took time off due to COVID-19 or to be there for the birth of his child.

Rumored Hell In A Cell Match 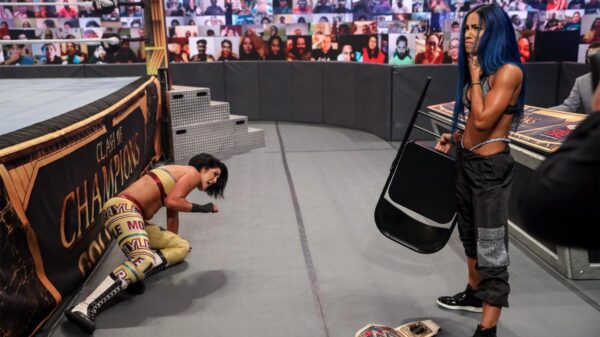 In less than a month from now, WWE will bring back the Hell in a Cell pay per view. Currently, no matches have been confirmed.

Like previous installments, the belief is WWE will have two matches take place inside the Cell. Those rumored bouts include Drew McIntyre vs. Randy Orton and Bayley vs. Sasha Banks.

According to WrestleVotes, the running idea is for the SmackDown Women’s Championship to close the show. If that’s true, it will be the second time female superstars are in the main event of Hell in a Cell.

Sasha Banks vs Bayley inside Hell in a Cell is the planned main event as of now for the 10/25 PPV event.

Banks was part of the first one, when she lost to Charlotte Flair.

As for Banks and Bayley, they spent most of the year as best friends. Then, Bayley finally turned on Banks with several attacks.

Banks got a little retribution at Clash of Champions and WWE could confirm the match on Friday’s SmackDown.

Heading into the rumored match, Bayley will have been champion for over a year. Therefore, that is an extra layer of excitement about the potential match.