With things moving closer to SummerSlam, will Randy Orton add to his legend count on this week's RAW in a Nutshell? Let's find out!

Once again, we kick off another week of professional wrestling with a new RAW In A Nutshell. This week’s burning question: will Randy Orton add to his legend count?

That, of course, is referencing the main event for this week’s RAW: Randy Orton versus Kevin Owens. That match was set up for us thanks to WWE Hall of Famer Ric Flair last week.

Beyond that choice match, we’ve surely got some more Retribution in store. The group had a weird debut last week on RAW (one where some didn’t even know what to think, and they were overshadowed by RAW Underground).

Will the group invade RAW like they did to SmackDown last week? Will things escalate even more?

If that wasn’t enough, you know there’s SummerSlam looming. That event is a week from Sunday…though we pretty much don’t know where it’s really going to happen still (Performance Center? On a boat?).

But the biggest question: will Randy Orton add to his legend count? 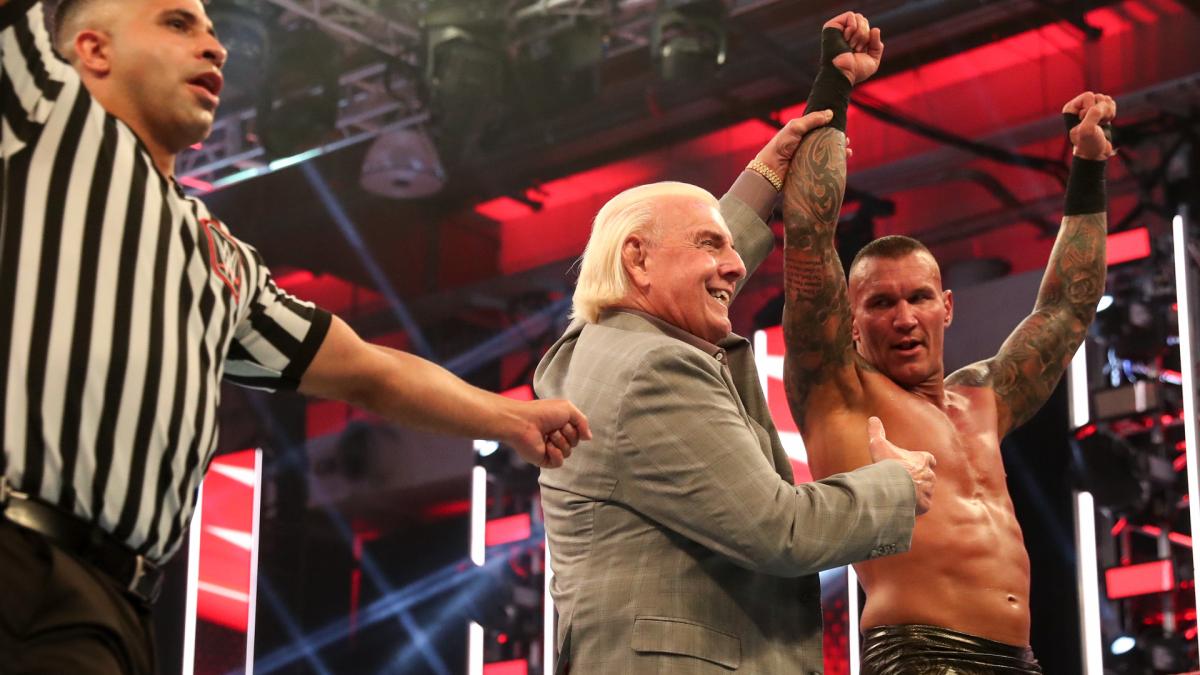 One match, one segment.

The match? I will take the Asuka and Bayley. 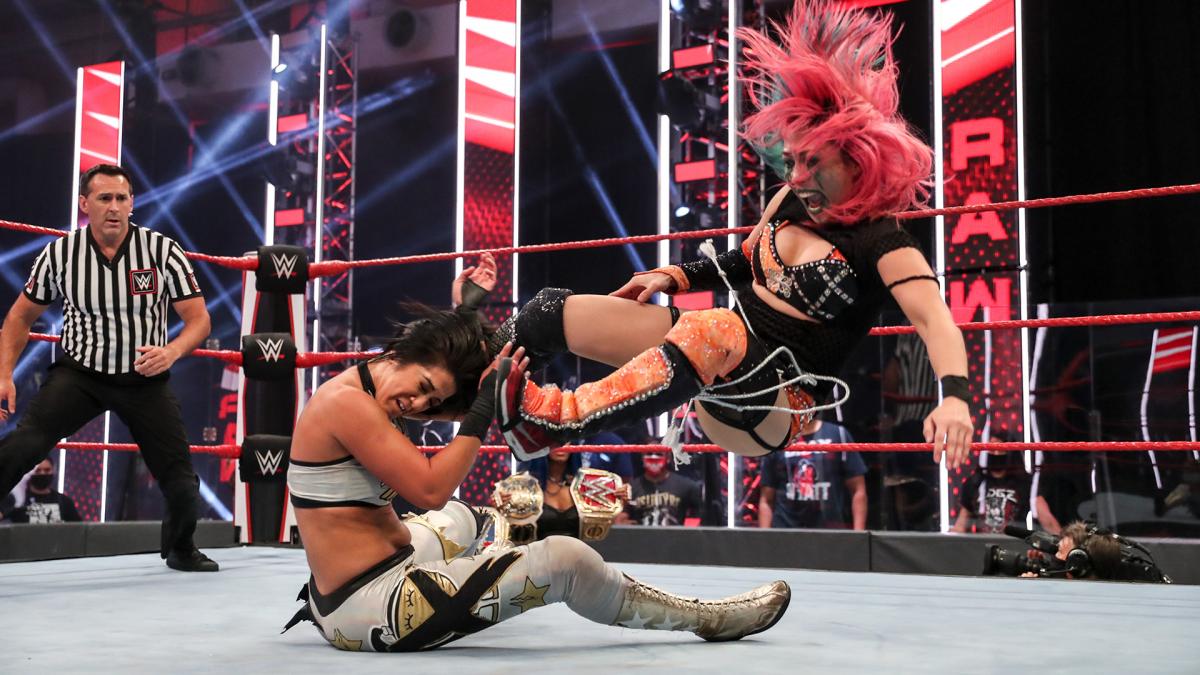 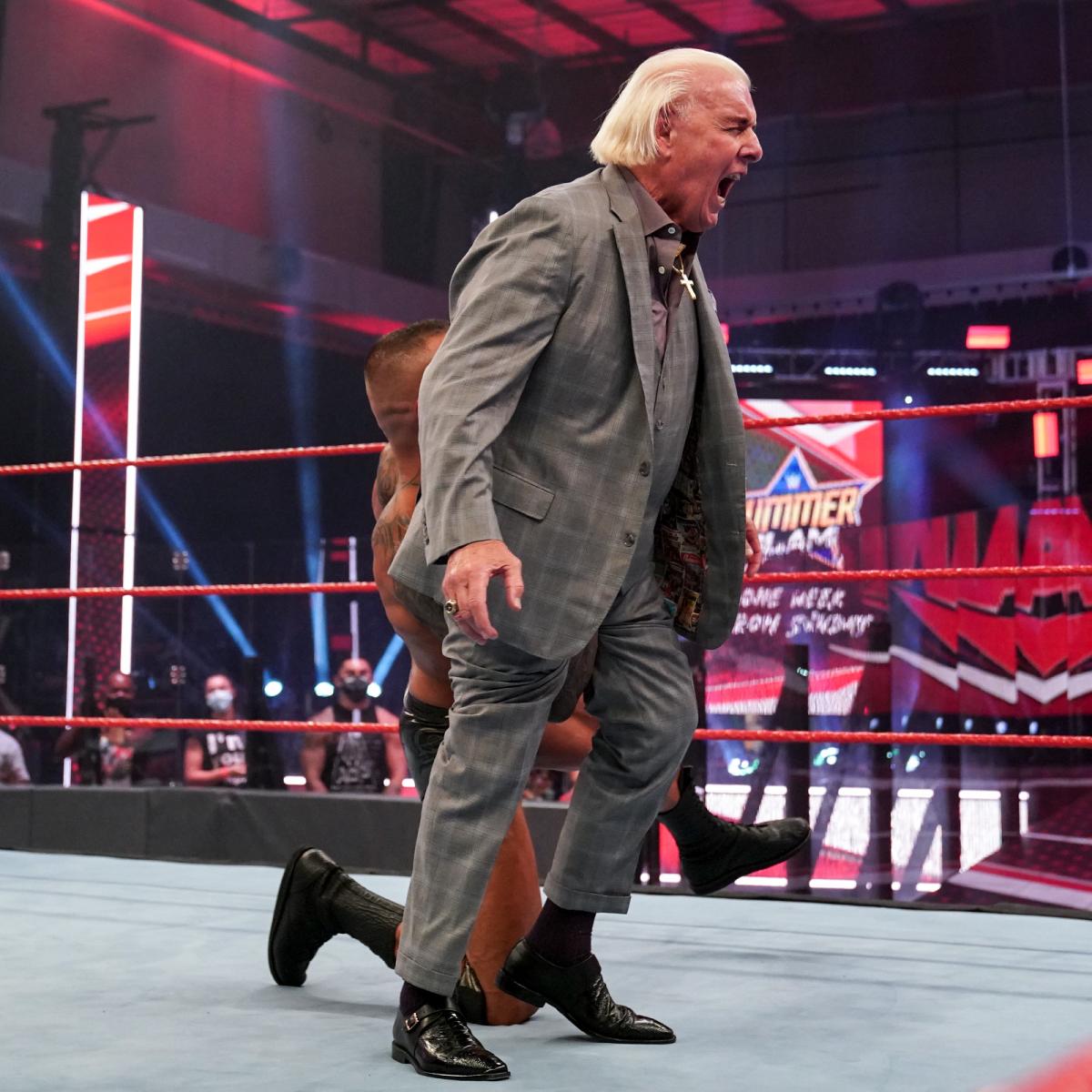 I will give an honorable mention to RAW Underground this week…never thought I’d say that.

Gave Riddick Moss a good look. We got Shayna Baszler beating the snot out of three women at once too. 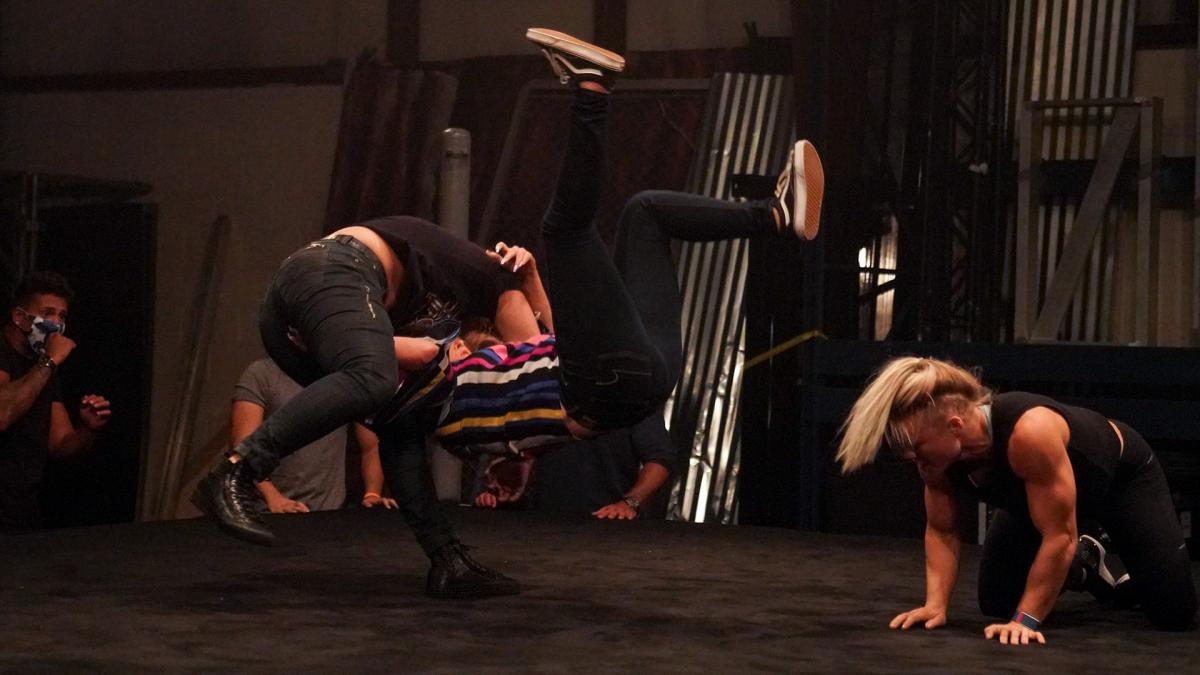 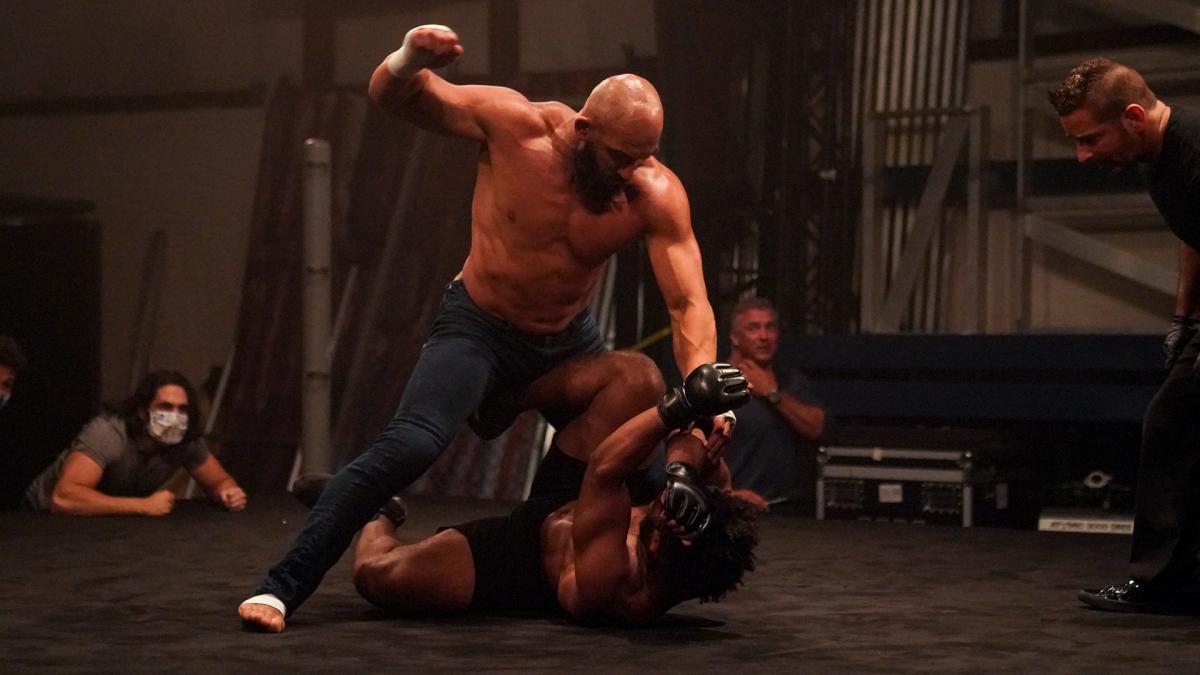 I won’t check the rest of the matches…for me this goes to anything tied to Retribution.

Last week, I wasn’t completely buying RAW Underground. I’m still not totally convinced…but this week this is all about Retribution.

WWE can say this isn’t politically motivated, but the parallels between the short angry people and what’s going on is too hard to not see.

At this point, the group continues to lose credibility because they attack no one of substance.

I mean, The Shield went after big names right away. So did the Nexus…Undisputed Era too.

Retribution? Go let them beat on cars and sets and developmental people.

It’s hard to argue against this one:

Every Monday on Raw @RandyOrton has killed it with his promos,matches and he is the best heel in the WWE and the best wrestler😎 #WWE #WWERaw #RandyOrton

We did have some good performances, but especially of late, Orton has been killing it. 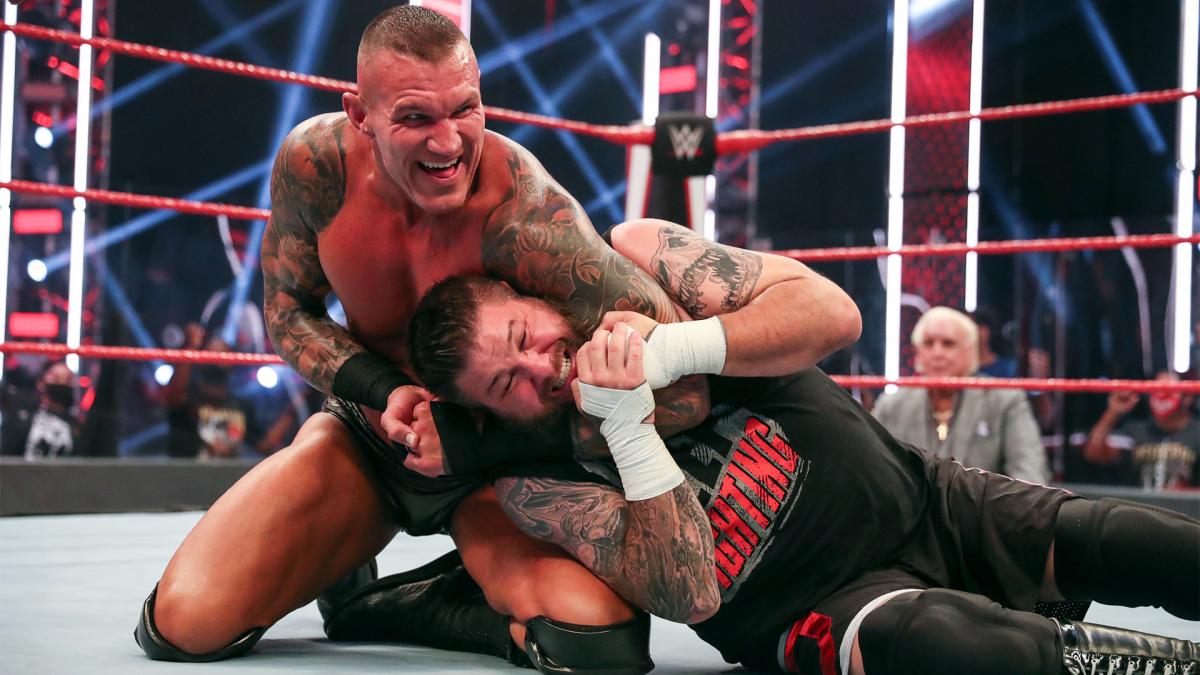 If there had been fans in the stands, they would have been booing him vociferously. He earned a ton of heel heat this time around.

That said, I still have this odd feeling that the whole attack on Flair turns into a swerve and the Dirtiest Player In The Game still helps Orton win a week from Sunday. 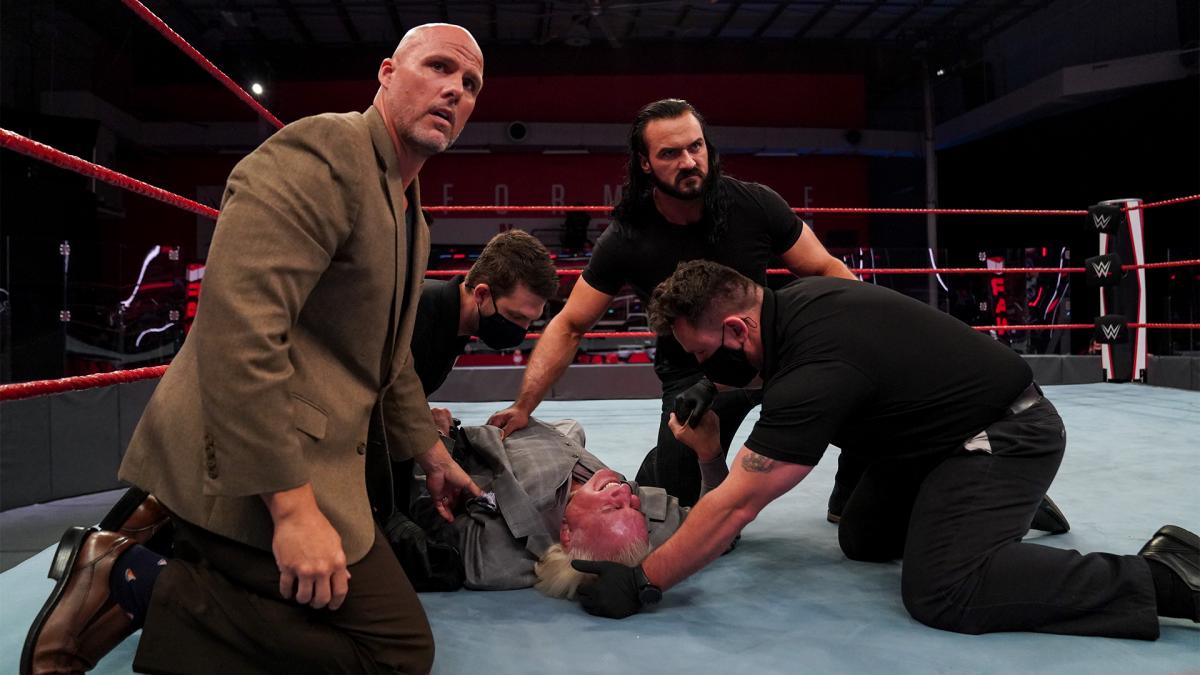 I mean, probably not…but that’s totally a Flair move, no?

More a show of strength, but it counts. 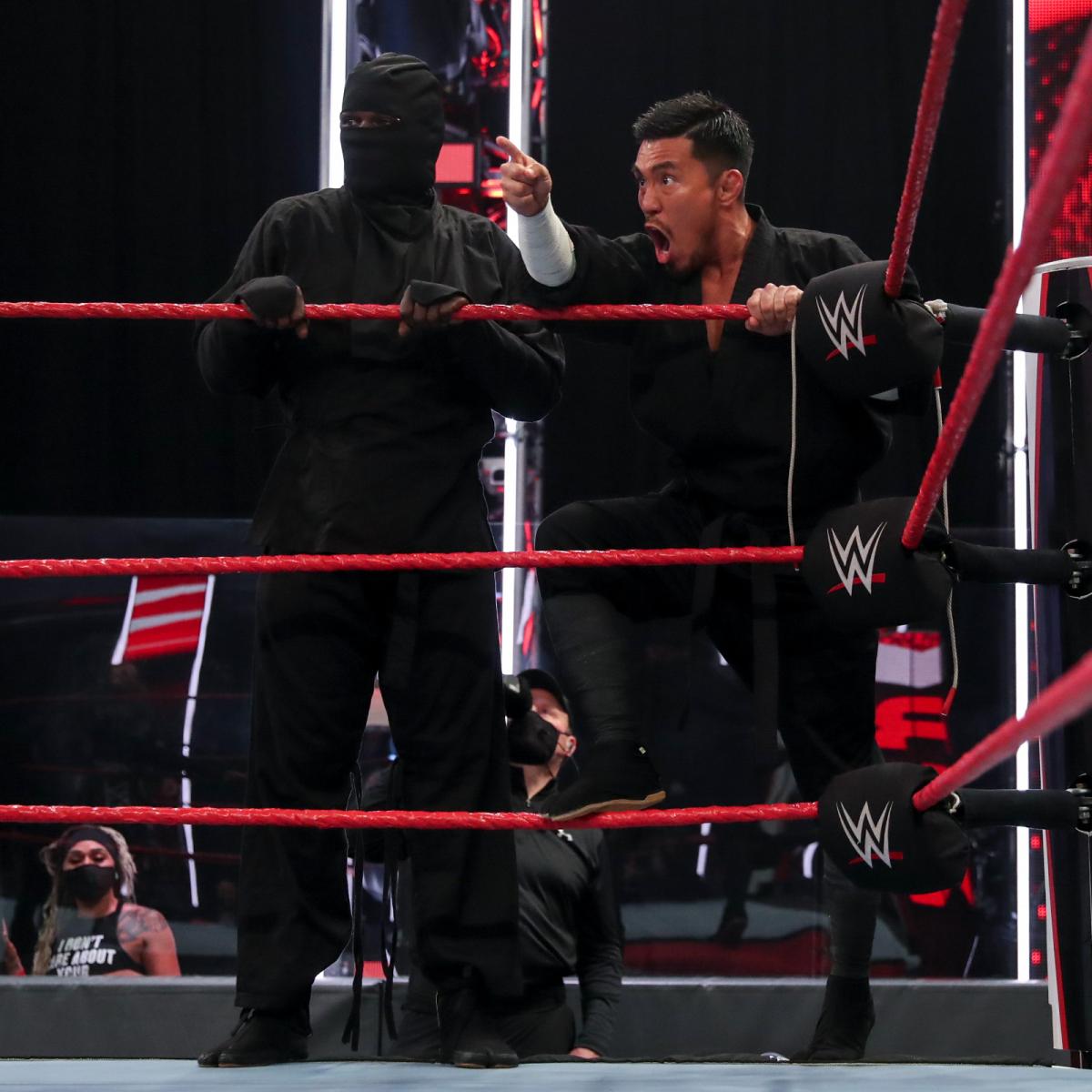 I would have to say this one is going to Seth Rollins and Buddy Murphy’s use of Kendo sticks on Dominik Mysterio. 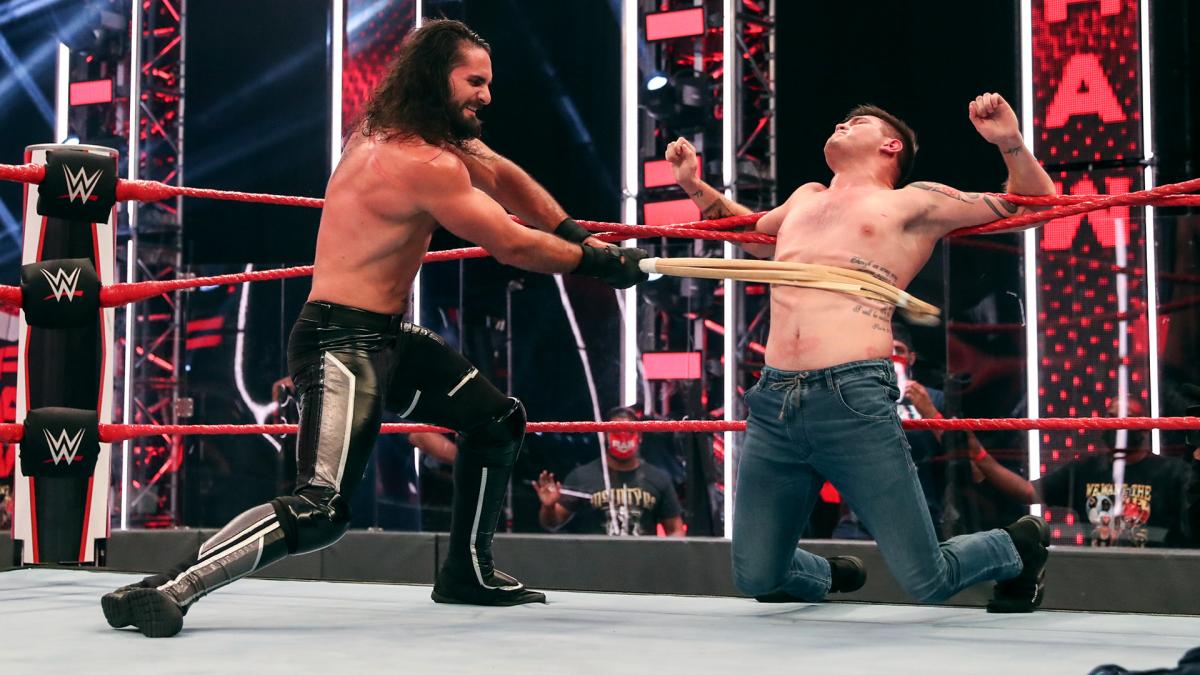 Now, he will get to return the favor at SummerSlam-he will be allowed to use weapons. Still…wonder at what point his father shows up.

A runner up? If you think the Hardy drinking angle is extremely personal, how about Orton roasting Flair by leveraging the late David Flair.

WWE is still trotting out Retribution. I’m sorry, but they look like a bunch of angry, growth-limited high school kids.

Also, the camera work is bad on some of that…and for RAW Underground. So many jump cuts and all, it’s disorienting.

Mickie James made her return to RAW. She will return in the ring next week.

Retribution still hasn’t done anything worthwhile yet. Honestly, the only way this pans out is if the ones we keep seeing are the peons of the group, and there is some yet-to-be revealed power broker.

Downside of that is, it would kind of be very much like a certain AEW faction that just came to be a few months back. So that wouldn’t be good. 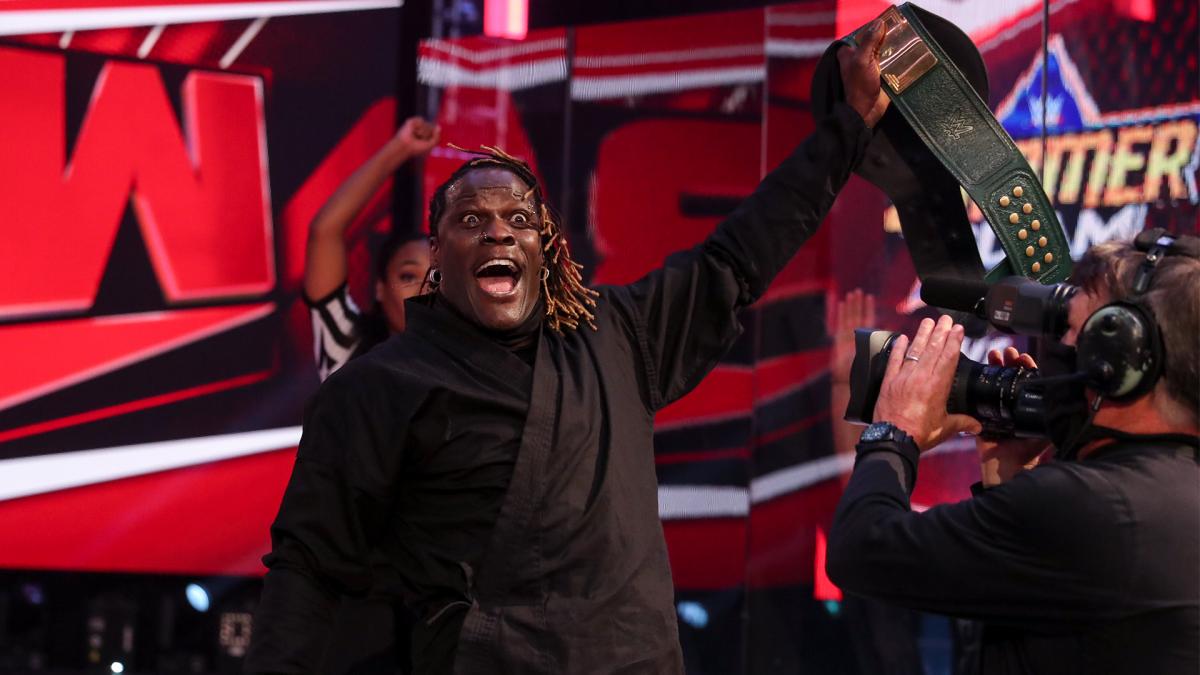 I know there are some who are enjoying Retribution. I am so far, not among them.

Things could change, of course. As I mentioned above, if WWE has like a phase 2 or 3 of things planned and it knocks our socks off.

I don’t have high hopes for that, however.

Randy Orton continues to impress. While I like Drew McIntyre as champion, I can totally see Orton winning the belt at SummerSlam as a nod to his impressive work.

Plus, he is someone else who’s been close to Flair’s record for a while. Unlike Cena, neither he nor Triple H get mentioned  much when the record comes up.

SummerSlam needs some work still, and it would be nice to get an idea of where it really will be happening. But it’s got some solid matches lined up, so that’s a plus.

Retribution needs work. It would be nice if they started actually delivering messages instead of temper tantrums.

The only upside of the Retribution stuff was it gave WWE a way to have Flair be put down, without really taking any semblance of the punt. 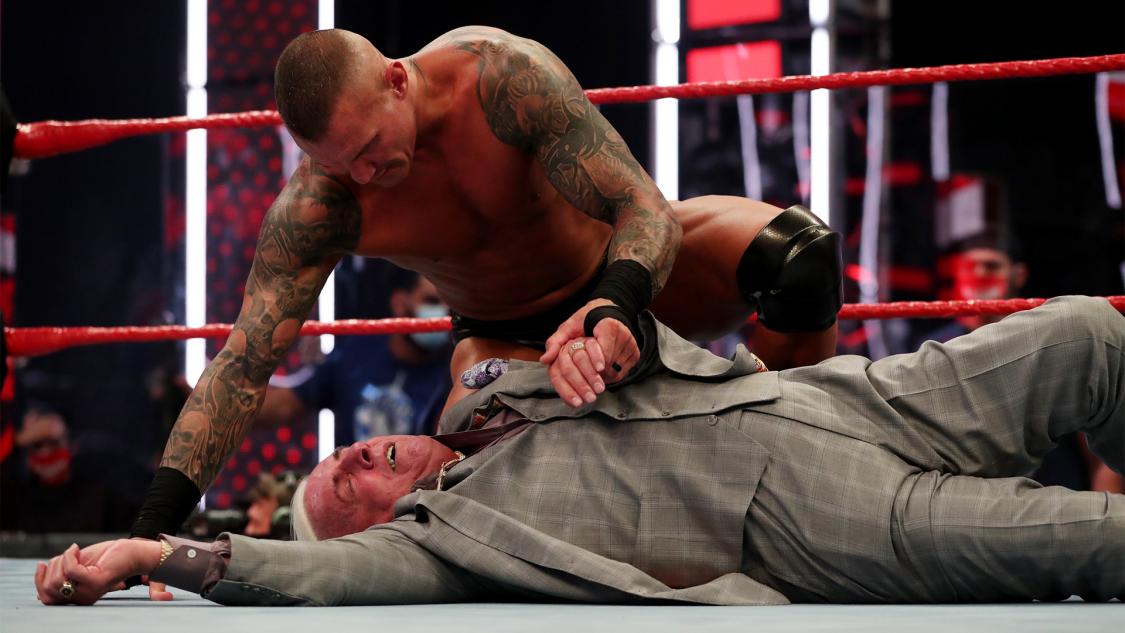 The Orton-turning-on-Flair moment has been simmering, we could all sense it coming…tonight it came. Orton continues to do really strong work.