Vickie Guerrero might be a regular on AEW TV as she's rumored for a manager spot. And, WWE has big plans for Randy Orton this summer.

Be sure to keep an eye on AEW TV as Vickie Guerrero is rumored to be Nyla Rose’s new manager. Also, Randy Orton is being set for a top match at next month’s SummerSlam.

During All Elite Wrestling’s (AEW) Fyter Fester, Nyla Rose made quick of her opponents in a handicap match. After the bell, Rose stated that she now has a manger.

Although, she would not reveal at the moment who that person would be. During the Wrestling Observer Radio, Dave Meltzer noted how Vickie Guerrero is in the running for the role.

The idea makes sense as Vickie has been spotted on AEW TV in recent months. Due to her appearances, WWE has basically washed their hands with the former superstar.

It was noted how WWE superstars are no longer permitted to partake on Vickie’s podcast. Honestly, that is short-sided on WWE considering Vickie’s past.

After her husband, Eddie Guerrero, passed away, WWE brought his death into several angles. After that passed, Vickie would work as a general manger and manager.

Hadn’t really thought who Nyla’s manager could be but a few people saying Vickie Guerrero…..I like this idea!

I really hope Nyla’s manager is Vickie Guerrero! Can you imagine? 😍😍😍 #AEWDynamite

Her Past Run In WWE

In 2014, and about a decade after Eddie’s passing, Vickie officially departed WWE. She would make a few appearances, but started to focus on a new life in the medical field.

Of all the divisions in AEW, the women’s is likely the weakest. While Rose is good on the mic as a bully, she is no Vickie.

Rose is a former AEW Women’s Champion and has been featured as the top female heel. We will have to see if Vickie helps make Rose a two time champion. 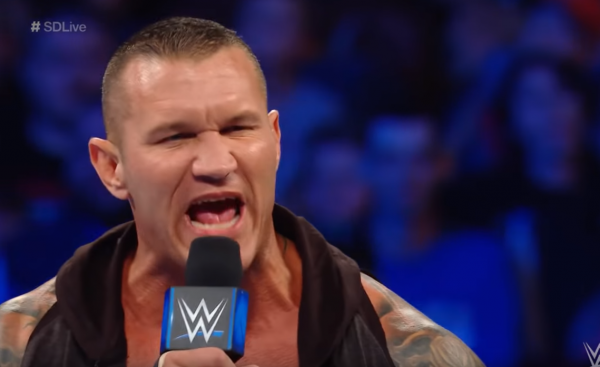 The past seven months have seen Randy Orton get a renewed push. He has always been at the top, but Edge’s return brought even more attention.

Once Orton turned on Edge, he went back to the Legend Killer gimmick. That ruthless side saw Edge and Orton trade a pair of wins.

At one point, the belief is Edge and Orton would meet at SummerSlam. With Edge injured at their last encounter, plans have changed.

Now, Wrestletalk reports that Orton vs. WWE Champion Drew McIntyre is in the works for SummerSlam. The match has been rumored and now seems to be the direction for the biggest party of the summer.

Edge and Orton will likely meet once more after injuries are healed. Also, Orton has expressed interest in wrestling NXT stars Adam Cole and Tommaso Ciampa.

As for now, Orton and McIntyre both have programs that should conclude at Extreme Rules. Orton is working opposite Big Show, while McIntyre defends the title again Dolph Ziggler.

Originally, SummerSlam was supposed to take place from Boston. Due to COVID-19, that will not be happening.

While WWE is yet to confirm any details, the event will come from the Performance Center. As for fans, that seems like another long-shot.