For all her efforts, Becky Lynch was not able to push WWE officials or Vince McMahon to allow her to drop the title to Shayna Baszler.

For all her effort, Becky Lynch could not get WWE officials to grant her wish at WrestleMania.

Lynch, appearing on the Bella Twins podcast recently, said she wanted to drop the women’s title to Shayna Baszler at WrestleMania 36. That, however, was not the final decision.

“Originally I was like, ok, well … I’ll wait til I’m done wrestling and then I’ll have a family. But then I started thinking, but wait, why do I have to do that?,” she said. “Guys don’t have to do that. Hell, I’ll just do it whenever the time feels right! So we started trying, and I just thought it would take a long time. And it didn’t. We were super lucky.

“It happened before I would’ve expected and I was still the champ at the time. I actually thought that I was going to lose the title at WrestleMania, which I also pitched…but you know, plans change!”

Loved having @BeckyLynchWWE on the latest episode of the #BellasPodcast It was so fun talking about pregnancies, the lead up to that and the future! She’s just a beautiful, humble soul✨ Could have talked to her for hours! Missed her so much! Click link❤️N https://t.co/g4SDU7ZUEs

Lynch eventually surrendered the title to Asuka the night after Money in the Bank with Asuka becoming the champion.

Reports have also stated that Baszler, who is a long-time friend of Ronda Rousey, was set to win the 2020 Royal Rumble. Instead, Charlotte Flair eliminated her to claim the victory that night. 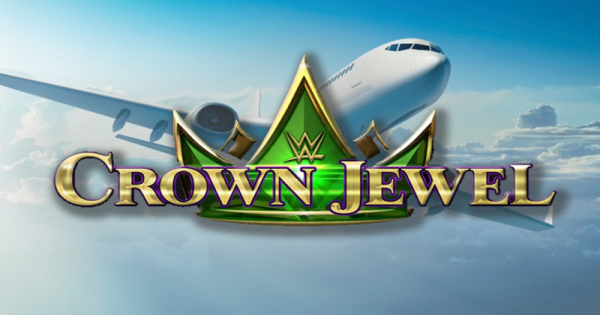 The WWE’s decision to venture over to Saudi Arabia continues to cause problems.

A class-action lawsuit has been filed by investors of the very same pro wrestling promotion. Details state that the WWE withheld information that could have changed how the investors viewed the company.

Everything revolves around the 2019 Crown Jewel events. During that trip overseas, some wrestlers and officials were forced to remain in Saudi Arabia for an additional 24 hours while travel issues were worked out.

Reports have circulated that the conditions were described as “hostage-like” during that time for those unable to return home.

#WWE have confirmed that the next PPV will be Backlash.

This is confirmation that next month’s planned Saudi Arabia PPV will not go ahead.

What this means is that WWE now owe Saudi Arabia a free show at some later point in the 10 year deal. #MITB

Jerry McDevitt, a lawyer for the WWE, filed a motion to dismiss the case back in late June. The case is being presented in the U.S. District Court Southern District of New York.

More Details On The Lawsuit

“The only sources cited in the CAC are two confidential witnesses (neither of whom interacted with the Individual Defendants, participated in negotiations over the MENA rights deal, or worked at WWE’s corporate offices), declarations provided by Defendants prior to filing the CAC, and a series of ‘news reports’ that consist almost exclusively of unsupported content cherry-picked from wrestling websites founded on multiple layers of hearsay and unverified statements from Twitter,” the report states. “The allegations are all based on ‘speculation’ from ‘news reports,’ such as ‘a wrestling-focused website’ that itself is based on statements by a ‘WWE Spanish commentator’ (who is not employed by WWE and who based his own story on another unnamed party).”

Hugo Savinovich was one of those who called out the reports of problems between the Crown Prince of Saudi Arabia and the WWE.

“The so-called ‘media reports’ also include other unidentified ‘wrestling-focused websites’ that cite to ‘an individual’ who was supposedly ‘in contact with sources in the WWE’ that stated ‘the (Saudis) come up short’ by a couple million dollars every show (i.e., the three done so far)quotes in the CAC are from the Twitter page of a self-proclaimed wrestling journalist,” Savinovich said.

The motion to dismiss also notes that over $2 million have not been paid to the WWE.

“As to CW-2, most of the allegations he raises are innocuous or completely irrelevant to issues of falsity or scienter, such as CW-2’s observation that persons boarding an airplane ‘appear[ed] to be ‘in a hurry,’ a flight attendant made a colloquial statement about not taking off, CW-2’s opinion that the pilot’s voice sounded “distressed,” and CW-2’s observation regarding the presence of armed security at an airport,” the report states.