Find out the latest on Roman Reigns' return to WWE after taking a hiatus due to COVID-19. Also, an icon in tag team wrestling has retired.

Roman Reigns has not been seen on WWE TV for about six weeks. About 10 days before WrestleMania 36, Reigns told WWE he would not work due COVID-19.

In the past, Reigns has battled leukemia and his immunity system is weak. Despite that, there are rumors that Vince McMahon was not pleased with Reigns.

As for a return, Fightful noted how Reigns “does not seem in any rush to return, and nobody here faults him for it.” As of now, there is no return date being discussed.

Since deciding not to work, WWE has not mentioned Reigns’ name on TV. That furthers speculation that are issues.

With Reigns not present, Braun Strowman took his spot at WrestleMania 36. Strowman defeated Goldberg to win the Universal Championship in about three minutes.

@WWERomanReigns on The Wrong Missy at @netflix. Haven’t seen him in the squared circle since he didn’t main evented WM. pic.twitter.com/o3LNDN1nPx 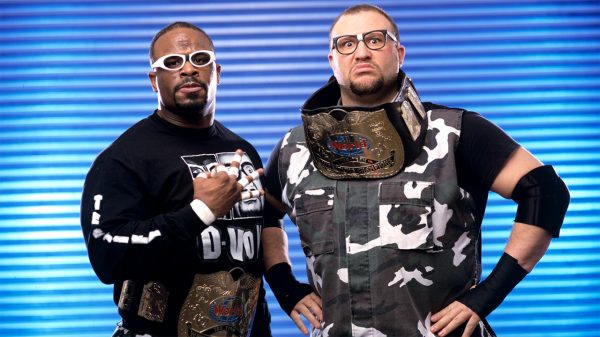 D-Von has not wrestled in over two years, but he never officially retired. Well, that has changed.

On a recent episode of Table Talk podcast with Mo Lightning, D-Von confirmed that he is officially done wrestling inside the ring.

“I’m extremely happy now being a producer and not wrestling,” said D-Von. “I have officially announced that I’ve hung it up and I’m done.”

“You know, except for different appearances that they may want me to do on the show, but no more wrestling. No more fighting for the titles. None of that anymore. I’m done. I’m officially done.”

“I’ve had my fifteen minutes of fame and it was a good ride, it really was. The old timers used to tell me, ‘Don’t blink, because when you do it’s over. It goes that fast.’ And it did feel like it went really, really fast.

“But a 28-year career — always being on top and never taking a break, regardless of the injuries or anything like that — we did it, you know? And I think Bubba said it best during our Hall of Fame speech. You know, we did it our way. Together, we went out there and conquered.”

“We became synonymous in terms of using the name when tag team wrestling comes up. We will always be put in with some of the best and arguably some people will say we were the best.

“But I’m just happy that when you do mention tag teams, the Dudley Boyz names come up.”

What Now For D-Von?

The Dudley Boyz could be considered the greatest tag team in the history of pro wrestling. Wherever they went, WWE, ECW, Impact Wrestling, or NJWP, championship gold always followed.

Along with The Hardy Boyz and Edge & Christian, they helped created TLC. They lasted competed in WWE in 2016.

Since then, The D-Von and Bubba Ray entered the WWE Hall of Fame. While Bubba still competes, D-Von became a WWE backstage producer in late 2016.

D-Von has officially retired from pro wrestling and wow what a career! @TestifyDVon pic.twitter.com/wCS0ZJ0pqs

BROTHER D-VON! Low-key one of my favorite wrestlers growing up, thanks for the memories and have a happy and safe retirement! @TestifyDVon #GetTheTables pic.twitter.com/rEoLvmNRDe

D-Von > Bubba. Fight me on it if you want but Bubba ain’t ever sell like he was having a seizure the way D-Von did. Legend https://t.co/Xj6iDzGwCS

D-Von of the dudley boyz has announced his official retirement from in ring competition.

@bullyray5150 Is there any way you could send an autographed photo or leave a video message for my daughter, Abby’s, 9th birthday coming up next month? She’s a huge wrestling fan & a D-Von mark pic.twitter.com/Q5cReBmqQy

Thank You Mr. (D-Von) Dudley for your endless contributions to the professional wrestling business ! You no longer have to “get the tables” anymore..

Bubba Ray and D-Von aka “The Duddley Boys” pic.twitter.com/72Rdx0EHkh