The WWE documentary focusing on the last few years of Undertaker's career ended with a shocking announcement. Basically, “The Deadman” is retired.

In the final part of a special WWE documentary, Undertaker seems happy to be considered retired.

The WWE Network is littered with content. There is so much, it is likely that no one person can watching everything.

Although, be sure to watch the documentary Undertaker: The Last Ride. The final part dropped today and the ending has everyone talking.

Part five focused on Undertaker’s most recent and possible last match. That was a victory over AJ Styles in a Boneyard Match at WrestleMania 36.

WWE taped the match and it was the first to feature the new cinematic direction. The match was highly praised and some called it the best performance from Undertaker in years.

“It was a powerful moment, and you don’t necessarily always get those,” said Undertaker. “Man, if there was ever a perfect ending to a career that right there is it.”

Although, Undertaker knows the rule of never say never. If Vince McMahon was to call, Undertaker admitted he could be pulled back in for another match. 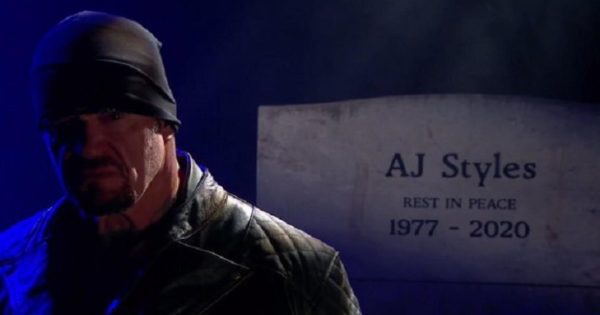 Towards the end of the documentary, Undertaker was clearly getting emotional.

“I think this documentary has helped me discover that. It’s really opened my eyes to the bigger picture and allowed me to not judge myself as harshly on these last few years. To see things on a broader scale.”

If this is the end for Undertaker, what an amazing career. He is the most respected person in pro wrestling and earned everything that came along the way.

If the Boneyard match was indeed his last one then what a match to go out on#TheLastRide pic.twitter.com/vatfaz7eXS

No one will ever top The Undertaker’s legacy.

The greatest wrestling character of all time, combined with some of the greatest feuds in WWE history.

He’s a legend without compare & I feel sorry for future wrestling generations that won’t get to see him live #TheLastRide pic.twitter.com/e4HG3ub99G

Every @WWE Superstar looks to make ‘moments.’ From the character, the performance, and non-stop dedication to craft, @Undertaker has done it for over 30 years. Excited to watch the final part of #TheLastRide on @WWENetwork. https://t.co/eE13NBZQBV

Still floored by the experience and reaction to the #BoneyardMatch at #WrestleMania.
If it was the last time @undertaker laced up his boots, I’m honored it was against me. #TheLastRide https://t.co/qzofoKEn2Q

If this was the last time we’ll see The Undertaker wrestling, then what a way to end his amazing career.

Undertaker is an icon that won’t be replaced. Thank you taker!!#TheLastRide pic.twitter.com/t0LJ1amecV

“At this point in my career, I have no desire to get back in the ring.”.

“Never say never but, (…) this time, the cowboy really rides away.”