NXT TakeOver In A Nutshell: In Your House Returns!

In Your House returns! The long-lost campy WWE PPV, which marked the dawn of every month PPVs, is back and will it be as good as ever?

It’s been a little while since we’ve enjoyed a TakeOver, but this one is worth the wait. It’s time for NXT TakeOver In A Nutshell, In Your House returns!

Yes, that is not a misprint. WWE, for whatever reason, has revived the In Your House moniker, if only for one show. In Your House returns, with a few major matches.

Adam Cole defends his NXT Championship against The Velveteen Dream, and in the main event, Charlotte Flair defends against both Rhea Ripley and Io Shirai. 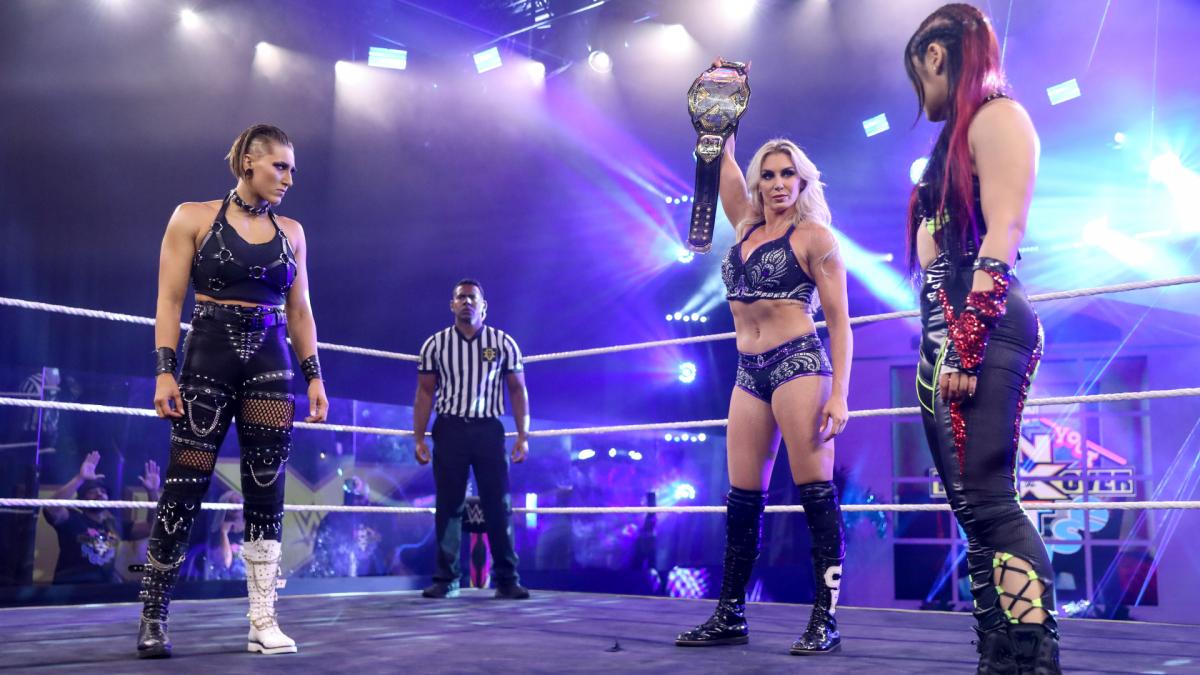 Let’s crack open this TakeOver Nutshell, and enjoy In Your House!

Man, this is a tough choice. In typical TakeOver fashion, just about each and every match topped the one before it.

Like, even the Kross-Ciampa match, as short and one-sided as it was, was really good. 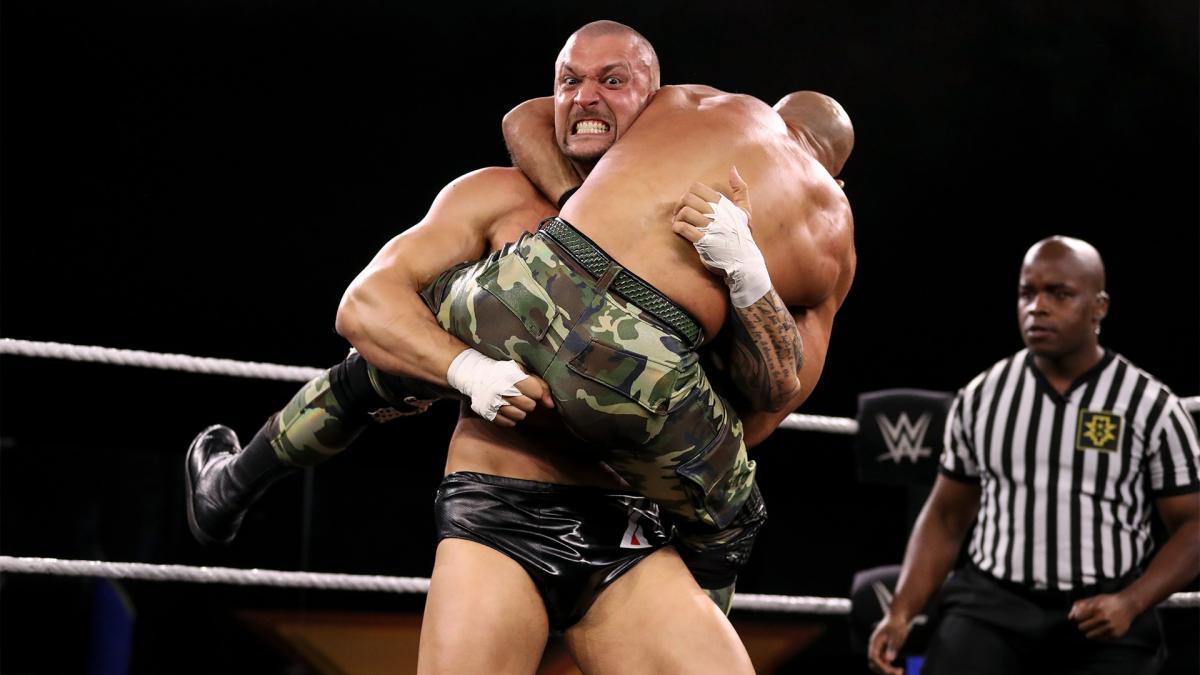 I am going with…any of the matches. It was a strong show, I can’t narrow it down much.

If I am going to complain, I will voice some mild annoyance with the execution of the Back Lot Brawl.

First, maybe it was intentional (I hope so), but it seemed like the camera was not crisp.

Second, having the cars surround the ring seemed a bit…weird.

Third, and I mentioned this a night or so back as well…but I question the intelligence of WWE using cars and destroying them, given all that is going on around us.

For winning her first NXT Women’s Championship, Io Shirai gets a big nod. 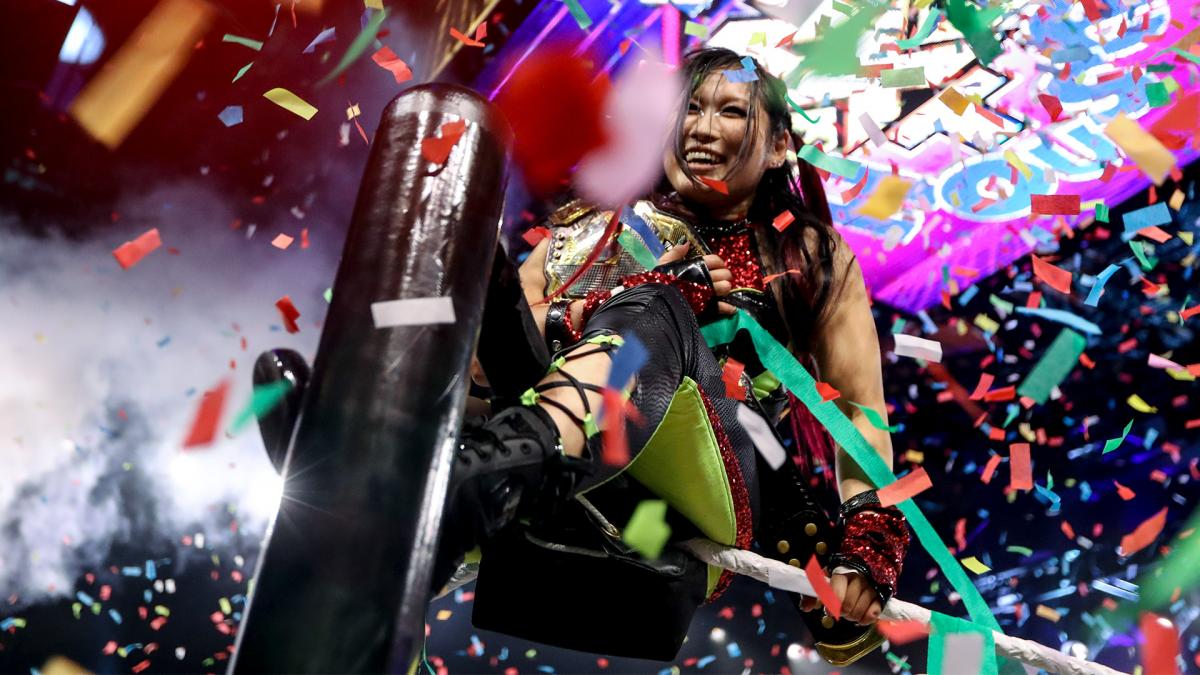 Solid shows all around for way too many people to list, however. Including Keith Lee, Adam Cole, Velveteen Dream, et al.

Plenty to choose from, but I have to say there are two standouts.

One, Keith Lee doing his charge and putting Johnny Gargano through the ringside plexiglass.

Two, Io Shirai leaping off the top of the set.

In a not-so-usual way, two men did jobs tonight.

Velveteen Dream took a lot of abuse and was one half of a really strong match. Many were surprised, given what is following him, that he even got this match now. 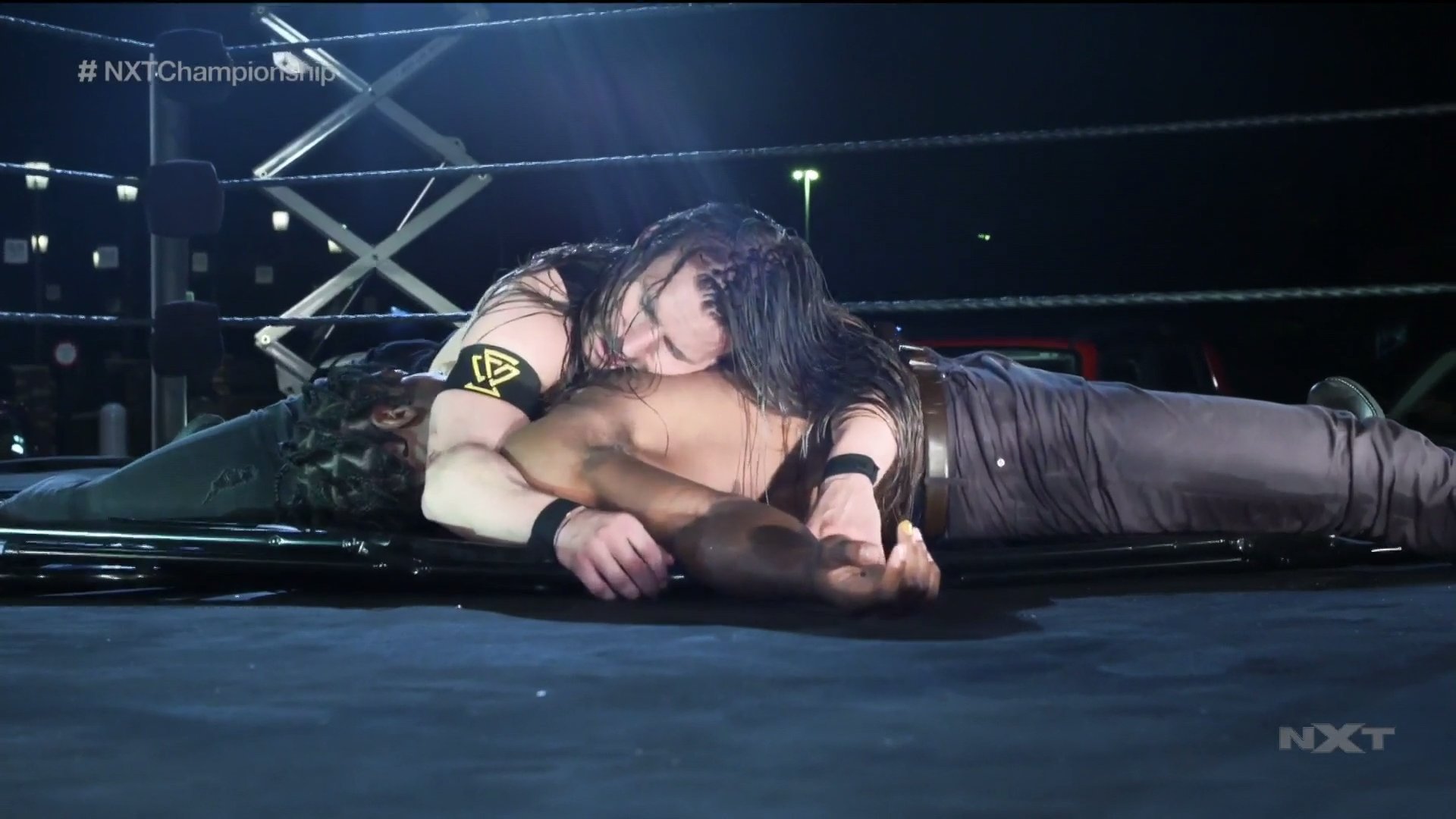 However, he got the match and everything was top notch.

Also, Tommaso Ciampa. I love Ciampa, but you had to know that there was no way  Kross was losing in his big TakeOver debut. 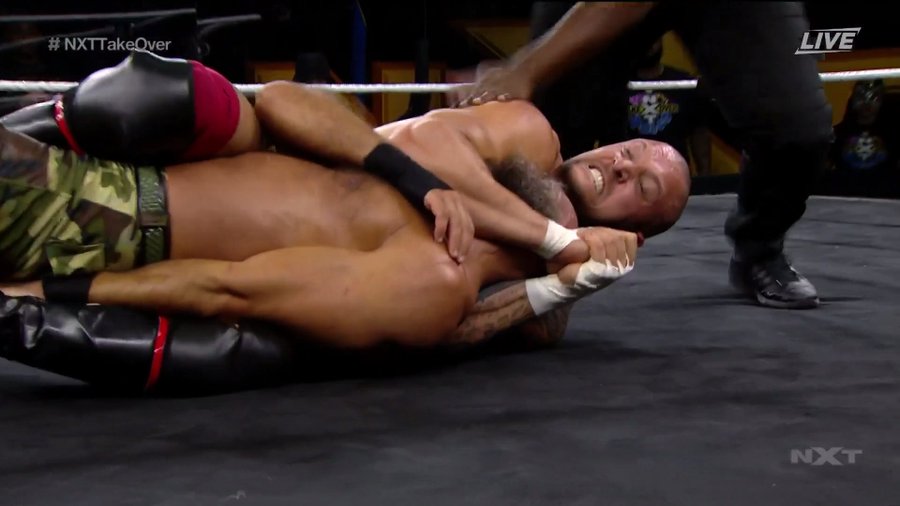 The spots were what did it for me. 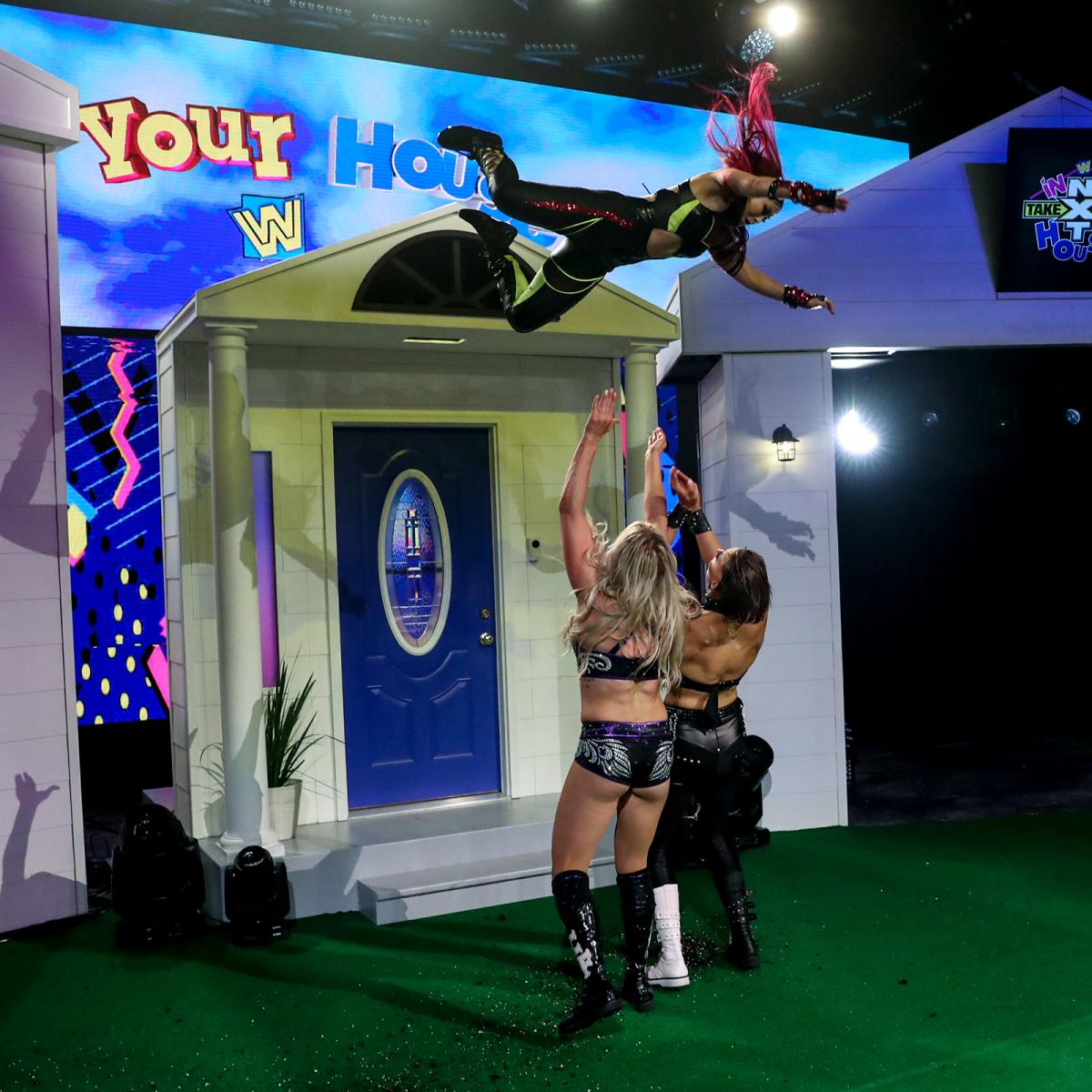 Could also mention Mauro saying he felt like he was watching ECW, as the Undisputed Era emptied the steel chairs out of the truck. 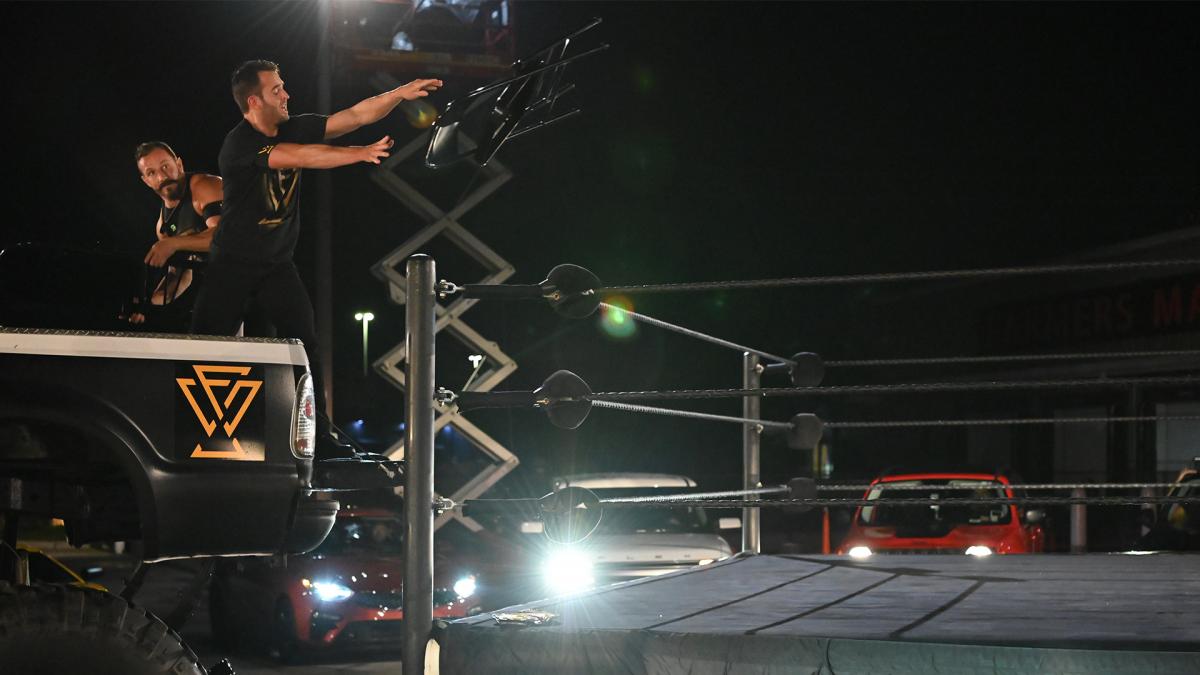 DX trying to use a computer.

Todd Pettengill. Like, seriously, him being back was just awesome.

.@TripleH, @ShawnMichaels and @WWERoadDogg are experiencing some technical difficulties with the #NXTTakeOver: In Your House “AOL Chat” (????)

… We’re looking into it. 🏠 pic.twitter.com/l6HUP9RHCp

This one has to be here. And it deserves top billing…

There will be speculation about Dream now too. This match was billed as his last chance for the title while Cole is champ, and he lost.

Of course, he’s also being clouded by some possible legal issues, depending on how those play out.

So, following the show, Hunter was getting interviewed, and he had some interesting comments…

HHH doesn’t say whether Velveteen Dream is leaving NXT but gives example of Balor coming in as more shifting between brands. Says losses doesn’t necessarily mean someone is leaving even though fans assume that. ^JN

Also, something to think about, but now NXT, RAW and AEW have Japanese stars as women’s champions. Pretty cool.

One, no fault of theirs, but having TakeOver without the typical NXT audience is a bit of a downer. It just is, nothing we can do about it.

Rhea Ripley got beaten by Charlotte, and now Ripley got pinned by Io, allowing Shirai to claim what had been Charlotte’s belt.

I am sure Flair will point out she never lost…but why bother taking the belt off of Rhea in April, giving it to Flair and then having Rhea get pinned to give it to someone else?

Like, have Shirai just pin Ripley in a title match one on one, and skip the Charlotte stuff.

Keith Lee is a beast. Excellent match, as per usual.

Wasn’t sure what to expect out of the Back Lot Brawl. Was pleasantly surprised.

The women brought it in a good match that was our main event.

Heck, even Balor and Damien Priest were good.

Karrion Kross won his TakeOver debut, and while it wasn’t a traditional squash, he clearly dominated Ciampa.

With In Your House now in the books, it will be interesting to see what comes next for NXT.

We’ve already seen Riddle get the call, and we’ve heard rumblings of others. We know Keith Lee and Adam Cole are sticking around for a bit more.

All told, it was another strong TakeOver, in a long line of strong shows.