Real-life heat between Matt Riddle and Brock Lesnar likely kept him from joining Raw, and the WWE is targeting an interesting angle for Natalya.

Matt Riddle Being Kept Away From Brock Lesnar?

Rumors are heating up that Matt Riddle could be coming to the WWE main roster very soon.

However, Riddle has major heat with a fellow former UFC star – Brock Lesnar.

During a recent episode of Wrestling Observer Live, Bryan Alvarez discussed the heat between Riddle and Lesnar.

“The strange thing about this is that Paul Heyman is a big fan of Matt Riddle so you’d think he’s going to RAW, but this Matt Riddle/ Lesnar deal — I mean it’s weird like I’m sure there are aspects of it who are people that are just encouraging Matt Riddle to do what Matt Riddle does, but on the other side this, if anything else should tell you that this is legit because if they were trying to work together to build something up for a match I mean Matt Riddle goes to RAW,” Alvarez said.

“Lesnar’s not around it’s not like he can say I’m not gonna share a locker room with him. Lesnar probably won’t be around until they’re running shows with fans again.”

TONIGHT IT GOES DOWN IN THE CAGE! ENJOY THIS PICTURE OF BRO AND KURT AS ONE
“It’s True, It’s Damn True Bro” pic.twitter.com/f81PomzQBC

Riddle is expected to join the SmackDown main roster, which would keep him from Lesnar for the most part. The 34-year-old is a former NXT tag team champion and won the Dusty Rhodes Tag Team Classic in 2020.

We may or may not try to convince @SuperKingofBros to be our new bro. pic.twitter.com/0nS2XhT2KZ 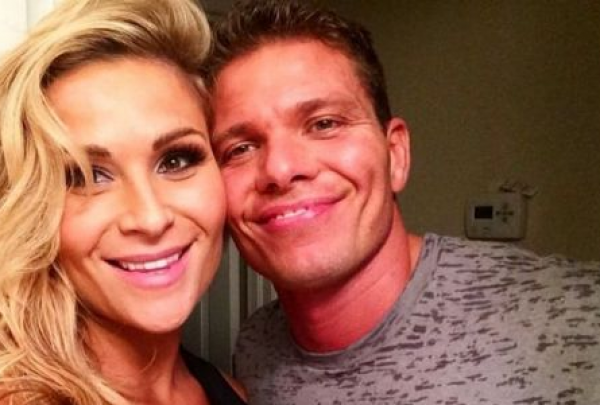 The WWE is looking at using a very real angle with Natalya involved.

While preparing for her triple threat match with Nia Jax and WWE NXT women’s champion Charlotte Flair, Natalya was being interviewed when issues started to come up.

First, she seemed distracted. That was followed up by a phone call during the middle of the promo.

The phone call caused the interview to be cut short. It was revealed to be Tyson Kidd, her real-life husband on the other end – and a former WWE superstar himself.

Kidd was forced to retire from in-ring action due to injuries, but he could be on his way to a return to action with the angle involving Natalya playing a role in that.

Kidd is a current backstage producer within the WWE, keeping him close to Natalya.

Then, Natalya served as a manager to Kidd and Cesaro, helping them win the tag team titles along the way. Kidd’s neck was broke following a move performed by Samoa Joe during a live WWE event.

Kidd and Natalya’s wedding was featured on Total Divas. So, WWE could use the E! show to further the angle across multiple TV platforms.