MVP was a backstage producer in WWE, but he got a new role. Also, Rob Gronkowski was apparently not well liked by many superstars.

WWE recently hired MVP as a backstage producer, but those days are already over. But, he did a get a new role as a full time character on TV. Plus, Rob Gronkowski’s WWE departure did not bother many superstars.

Lately, MVP has been seen more frequently on TV. Fans have spotted him in various segments and even lacing up his boots since returning to WWE.

At the 2020 Royal Rumble, MVP returned to the company as a surprise entrant. The reaction was enough for WWE to sign MVP as a backstage producer.

Apparently, MVP’s time as a producer is over. During PWInsider, Mike Johnson mentioned how MVP’s new role is a full time on-screen performer.

“MVP has transitioned into performing full-time and is not currently working as a producer for the company,” said Johnson.

Considering WWE furloughed or released most of their backstage producers due to COVID-19, MVP lucked out. There is hope that WWE will bring back the producers, although there continues to be no return date for live events.

Not only is MVP back on TV, but he has been thrusted into a major angle. Since returning, MVP has been looking to build a stable.

Imo, WWE has used MVP very well since coming back. He’s been very entertaining and has done a lot for the younger talent. His talk show actually does something to promote feuds and get them going. I’m very glad he’s back and doing this. He can still go in the ring too. #WWERaw pic.twitter.com/ZcogwJgmFJ

At the moment, MVP is trying to serve as Bobby Lashley’s manager. His storyline wife, Lana, does not seem thrilled with her husband’s decision.

Lashley is currently feuding with WWE Champion Drew McIntyre. They are set to battle at Backlash later this month for the title.

Upon returning to WWE, MVP worked a few matches. At one point, he stated that his in-ring time with WWE was over. 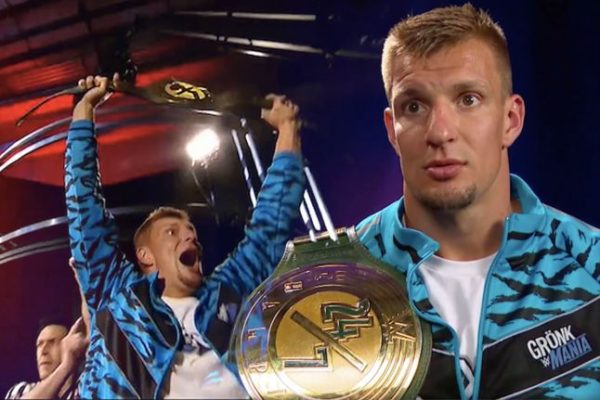 Rob Gronkowski has that it factor, which helped him standout on the football field. With his personality, WWE was hoping to turn him into a superstar.

Not too long ago, Gronkowski signed with WWE and was the guest host for WrestleMania 36. During that time, he won the 24/7 Championship and was featured on TV a decent amount of times.

Shortly after NFL star Tom Brady signed with the Tampa Bay Buccaneers, Gronkowski would do the same. Apparently, there was a clause in Gronkowski’s WWE contract that allowed him to opt out.

That happened and in a taped segment during RAW, R-Truth regained the belt. For now, that seems to be the end of Gronkowski on WWE TV.

Gronkowski signing with WWE was questionable from the start. Many suspected he would not stay retired for long from football.

Fightful reports that Gronkowski’s departure did not seem to bother many. From the start, Gronkowski’s attitude turned people off.

At WrestleMania 36, he took a bump off a balcony to take out over a dozen superstars. From reports, Gronkowski was not interested in taking part in the spot.

Vince McMahon actually took the fall first to show Gronkowski that he would be safe. Remember, McMahon turns 75 years old in August and had no issues.

Fightful noted how people “had negative things to say about working with Gronk after his WrestleMania fiasco.” The roster would refer to Gronkowski as “a f—in’ clown who we are so much better off without.”

Eventually, Gronkowski will have to retire from the NFL. He has many opportunities out there and do not be surprised if WWE calls.