Elias injury was worse than originally thought as he could be out until 2021. Jinder Mahal's return was short as he is going to miss some lengthy time.

After a lengthy absence, Jinder Mahal will miss more WWE time due to another leg injury. Also, Elias could be to of action until 2021.

A few weeks back, SmackDown opened with chaos. Elias was hit by a car and police on the scene found a car with alcohol and Jeff Hardy’s information.

Quickly, Hardy was seen being escorted out of the building by police. Before SmackDown ended, Hardy returned to attack Sheamus.

At the time, fans were not sure if Elias was really injured. WWE followed up the story a week later, mentioning how Elias would miss several months of action.

The company was not lying when they said Elias was injured. Although, their timeframe for a return was way off.

Dave Meltzer noted on Wrestling Observer Radio that Elias has a torn pectoral muscle. As of now, Elias might not be back until shortly before WrestleMania 37.

“Generally that’s close to an eight month return, sometimes a little shorter, with surgery,” said Meltzer. “Some don’t have surgery. Those in WWE confirmed the injury was legit but we have no confirmation of a surgery.”

The big question is if Elias will have the surgery or rely on rest and rehab.

Another bad break for Elias as he always seems to miss out. He is over with the crowd, but injuries and random storylines have not helped the character move up the roster. 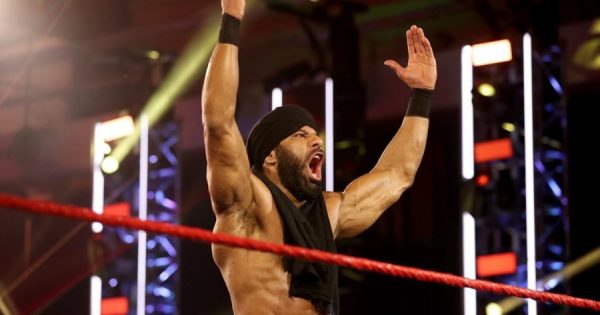 In less than 12 months, Jinder Mahal has suffered two major injuries. First, he underwent surgery for his knee in June 2019.

After 10 months, the former WWE Champion returned to RAW in late April as a face. About a month later, Mahal went down with another injury.

Like last time, Mahal damaged his knee. The injury was not supposed to be that bad, but the Wrestling Observer Newsletter reports the opposite.

Once the doctors got a closer look, they learned the extent of the damage. There is no exact return date, but it looks like at least several months; if not longer.

I hope I can keep the @JinderMahal and @DMcIntyreWWE mentality;!keep working until you achieve it. It’s really hard to believe things will get better sometimes. #wwechronicle #WWE

From reading the note about Jinder Mahal in the Observer this week it sounds like it may have originally been Jinder in Bobby Lashley’s spot. At the very least it seems that Jinder vs. McIntyre was coming soon.

So it could always be (slightly) worse.

“The Modern Day Maharaja” returned as face after his 2017 WWE Championship push was not well received. There were rumors of Mahal facing former 3MB stablemate Drew McIntyre.

With the latest setback, that match is definitely on hold. Maybe, the idea is scratched if Mahal is out for a lengthy time.