It's time to see what happened at Money In The Bank. What better way than to crack open our Money In A Nutshell! Who cashes in this year?

It’s time for Money In The Bank, pandemic edition. Which means, of course, that it’s time for a Money In A Nutshell recap.

While we know that the men’s and women’s ladder matches were taped ahead of time, we don’t yet know who won. That all changes shortly.

At the same time, we have some matches that may or may not be getting shot live on Sunday from the Performance Center. There are a few notable title defenses to keep in mind.

We will see Bray Wyatt challenging Braun Strowman for one belt. Drew McIntyre will defend against Seth Rollins for the other on the men’s side of things.

On the women’s side, Tamina gets a shot at Bayley. New Day also got to defend their belts, so that should be fun.

No more delays, let’s crack open this Money In A Nutshell!

Honestly, none were that amazing to me. The best of what we got, that would probably be Seth Rollins and Drew McIntyre. 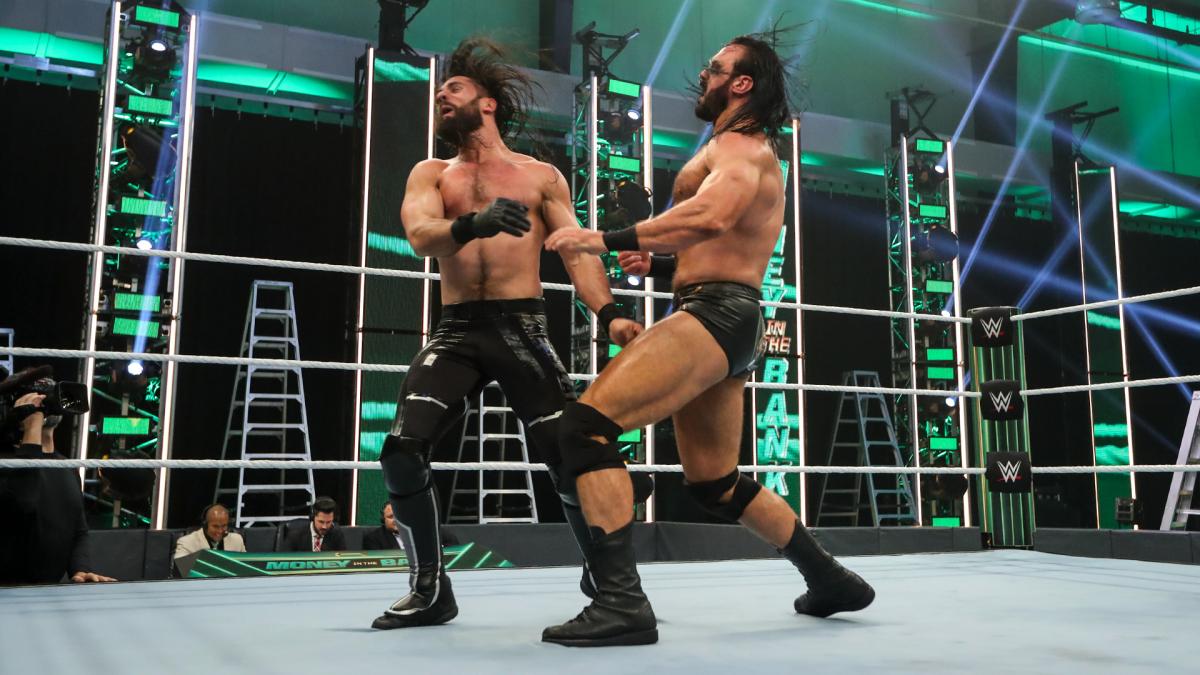 It was a good match with good storytelling. Seemed to be a bit of a cliff hanger at the end, with the unexpected handshake offered by Drew, which Seth accepted.

Thank you, @wwerollins, hell of a fight. Now onto the next… #AndStill pic.twitter.com/nKQmlVlvVX

I really didn’t like a bunch of the Money In The Bank match. Like, I get it, go for a fresh take on things in this strange time. 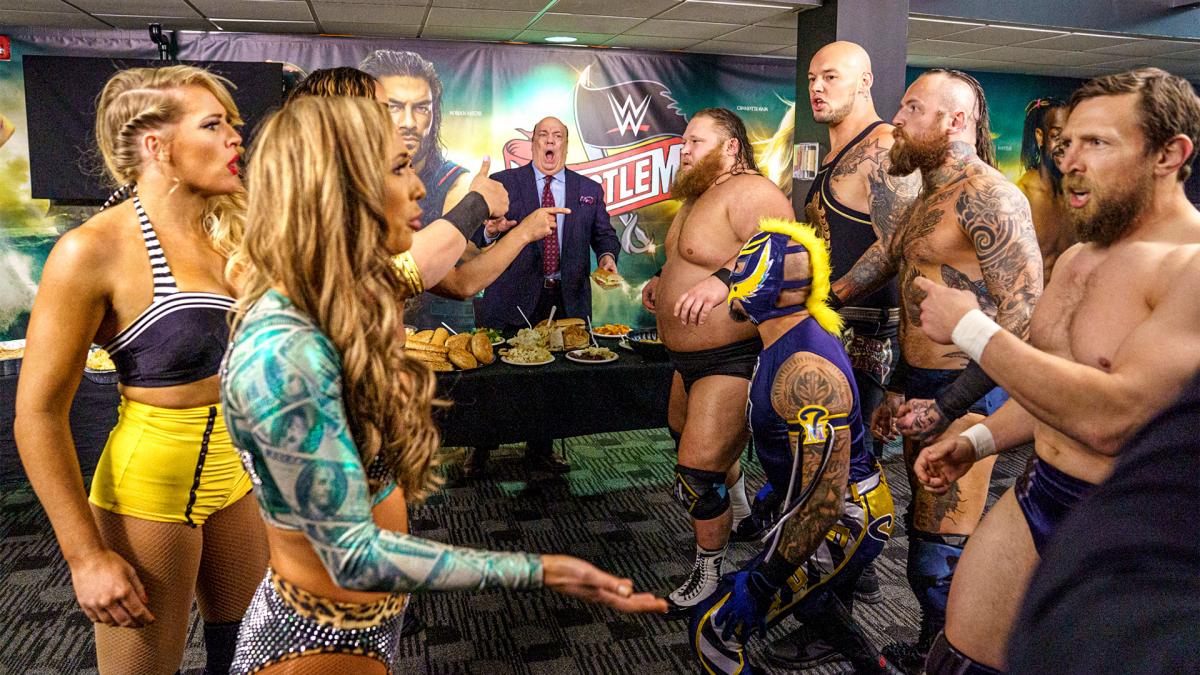 Just didn’t work for me for much of the match. Maybe it ends up growing on me?

Like, I see lots of fans loving it on Twitter, so maybe it will sink in. But I can certainly say I missed the traditional match…

Oh, how I wish there could be some chants. 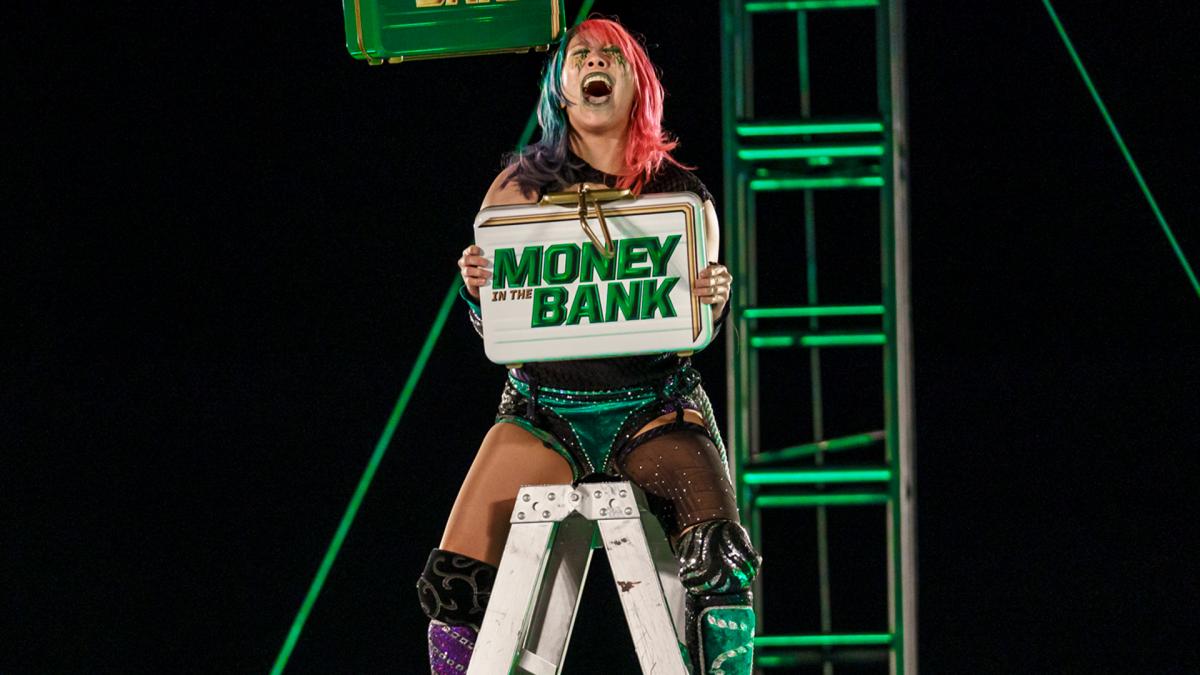 On the strength of them winning the briefcases, Money In A Nutshell declares…our two stars tonight are Otis and Asuka. 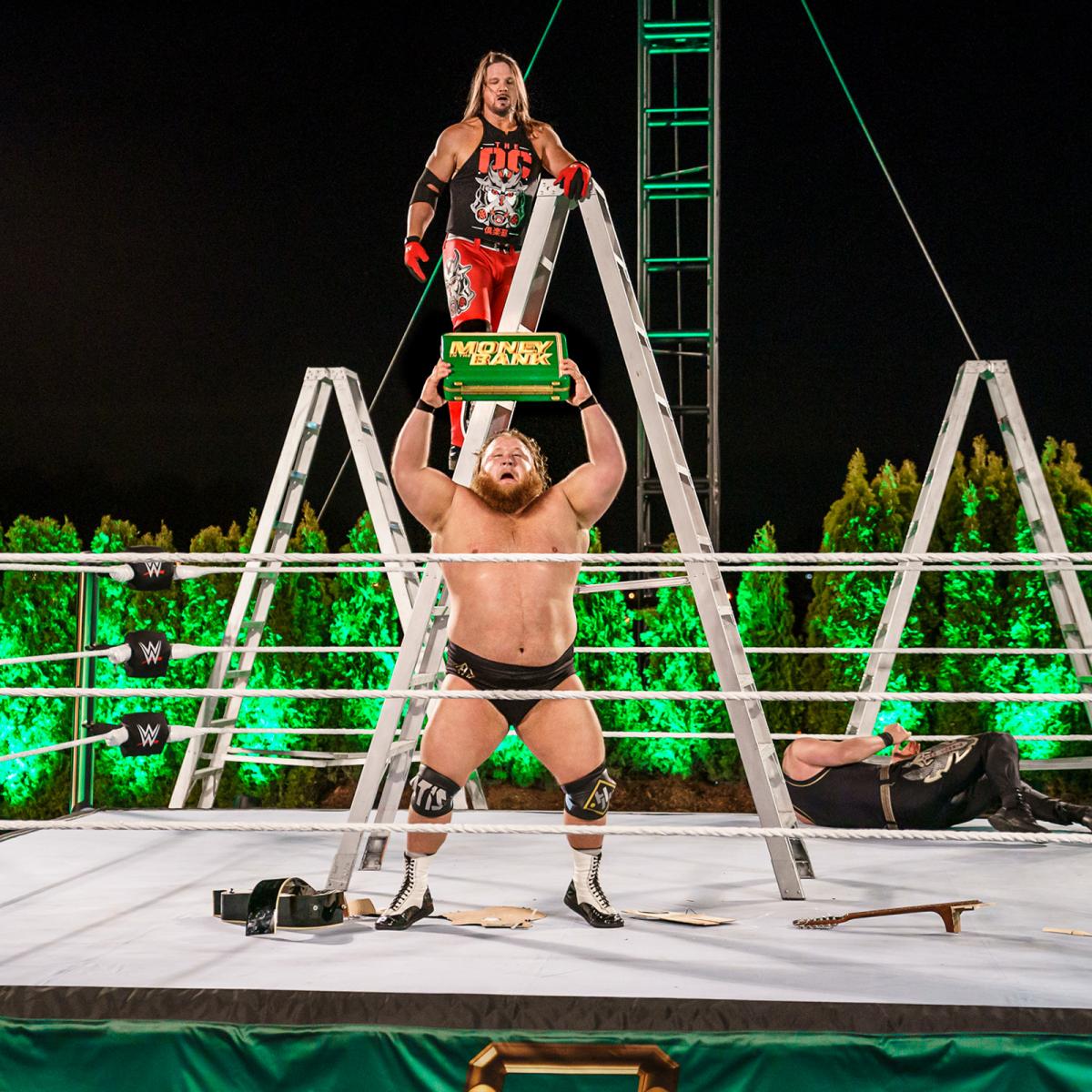 Well, we were told we’d get a big spot, or that a big spot had been rehearsed for the MITB match itself.

Watched the match, and nothing really lived up to it. Was that “spot” to be Rey and Aleister getting tossed? 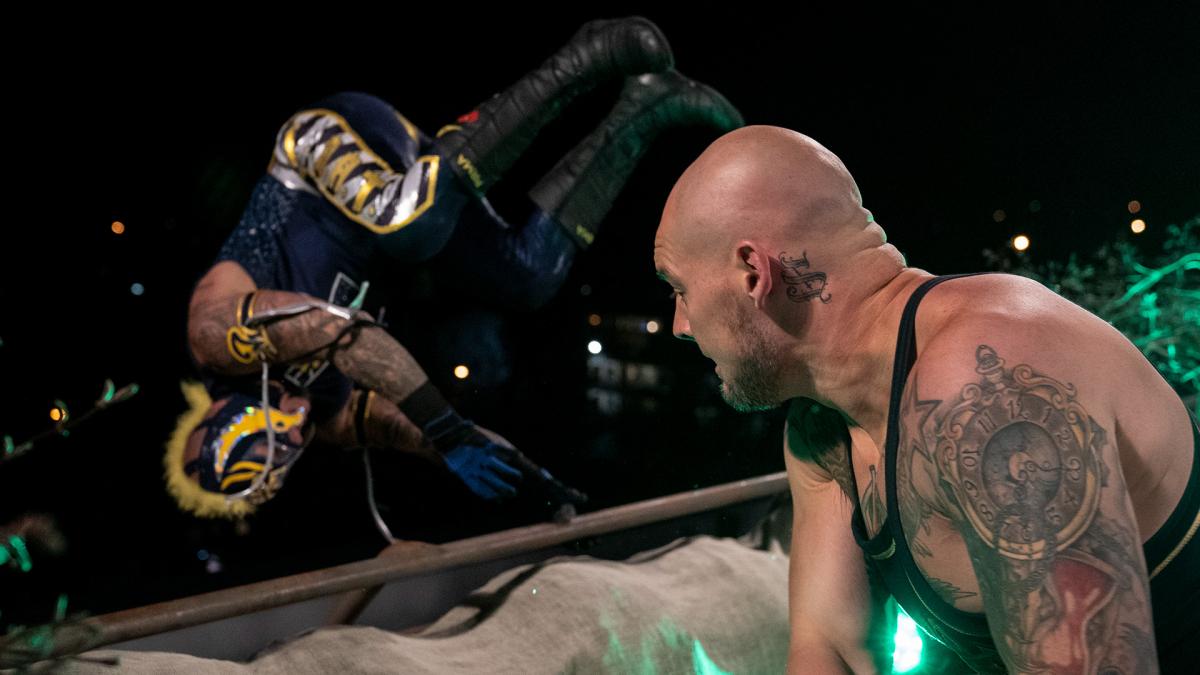 If so, having no commentary there killed the spot. Well, that, and the audio of each man hitting the crash pad a floor or so below, since WWE HQ has a staggered roof.

Like, they tried to sell it as “off the roof”. but it wasn’t, and there was no commentary or anything to sell faux shock. Like not even screams from the wrestlers being tossed over.

OK, we got Corbin flinging the weight through the mirror-is the King now in for a drawn out program where he’s cursed with bad luck?

Carmella going through the catering table is worth a mention.

AJ going into the Undertaker room? Sure, I guess… 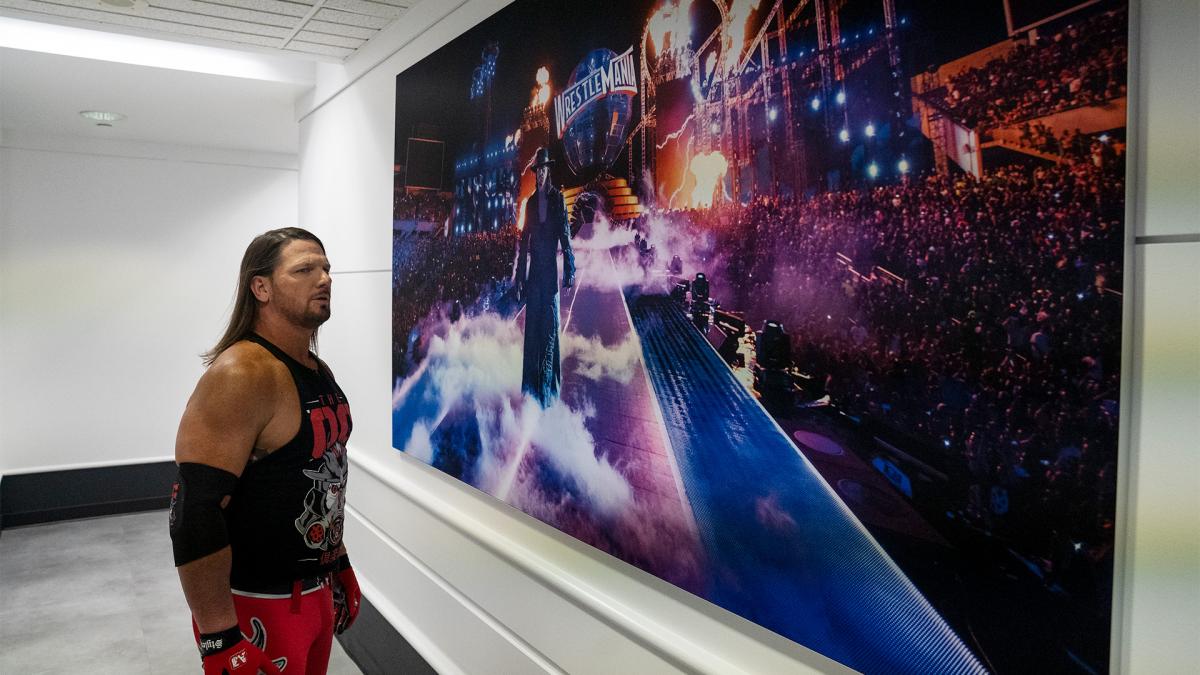 People Power eating a pie from Otis is worth a mention too. 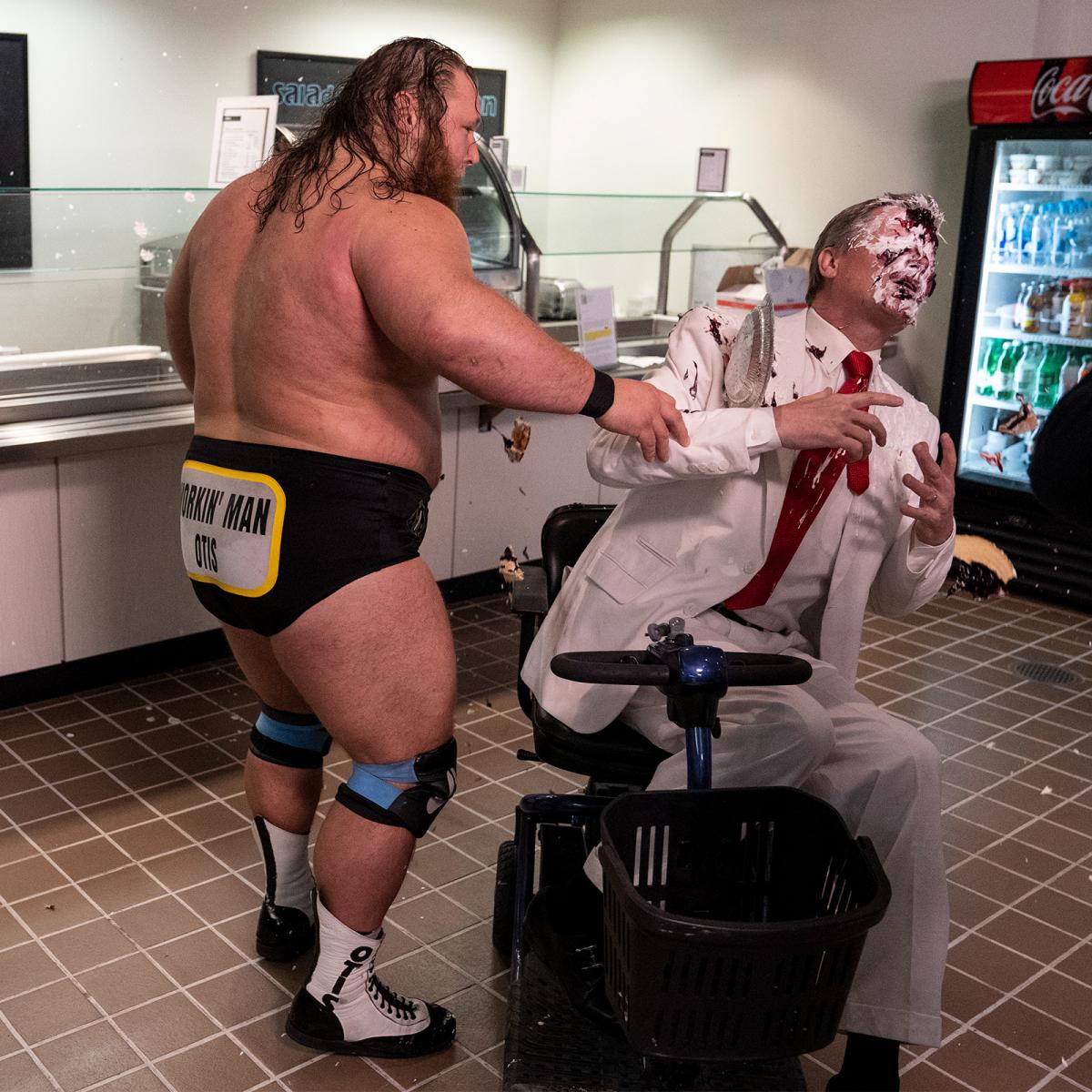 Definitely was a bit shocked that Otis won the briefcase. Like, I know it’s been said that McMahon himself is high on Otis and is driving that push…but still.

Was not expecting it to go that far that fast. I mean…can YOU picture Otis being a McMahon selected champion?

Easily for me, Otis winning the briefcase. Funny bit of how he did it, but still…holy [email protected], Otis is now that close to possibly becoming a world champion.

I’ve got two off the top of my head.

First, as AJ Styles and Daniel Bryan brawled into Vince’s office…you knew it was Vince, but I am pretty sure we didn’t see him. Change shots, and there he is.

Look, I get this whole thing was shot in a day and edited and all that…but that’s my point. It was just weird.

The other goes to Michael Cole, declaring Asuka and Otis and Mr. and Mrs Money In The Bank. Should be Miss and Mister.

No lines, but I was not a fan of the silence during much of the main event. As I mentioned, the lack of commentary hurt the apparent “big spot”.

Definitely a few spots in the main event. The Brother Love bathroom spot and People Power pie shot chief among them. 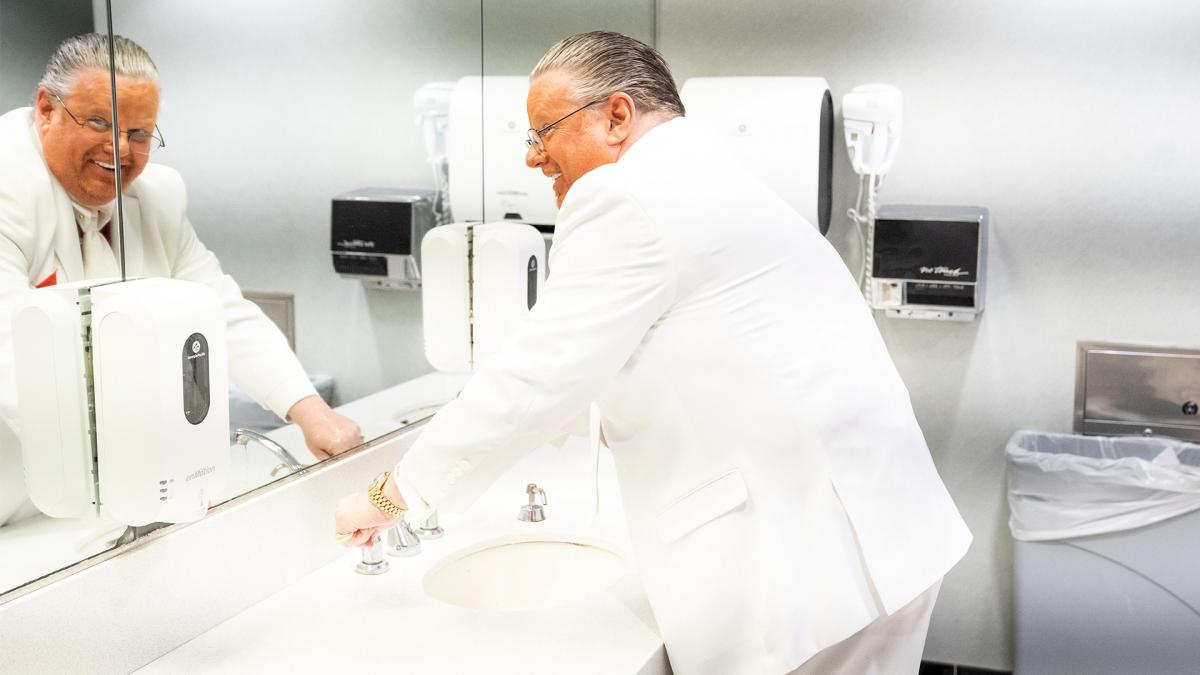 My favorite was probably Otis emulating Belushi though.

A few to consider.

Asuka winning the women’s briefcase lands here. Otis catching the men’s one via a fumble does too.

We got a new hacker vignette, but still no reveal. 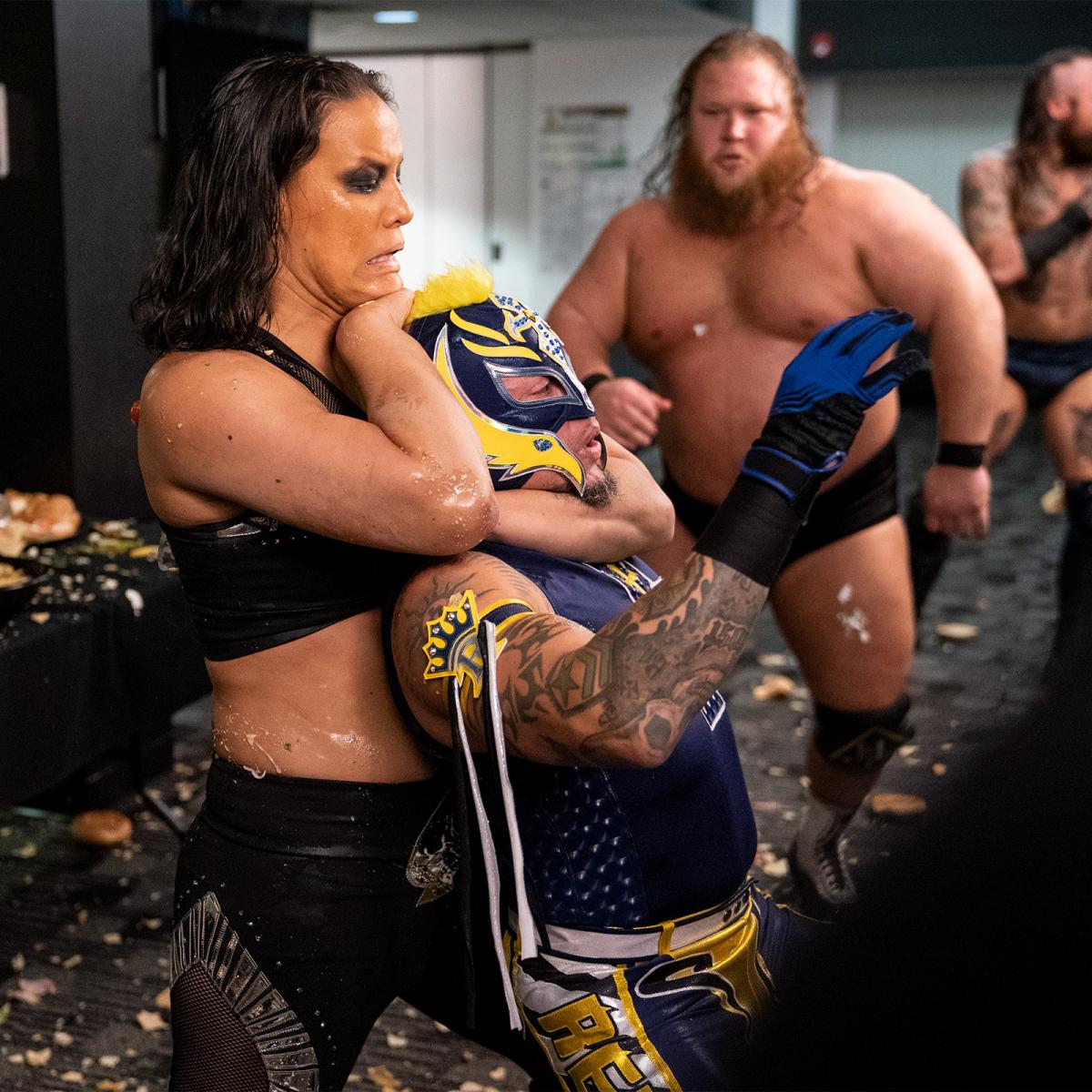 Asuka knocked King Corbin down before she got her briefcase. That spot was weird to me though, because why would either care , two briefcases, two people and all that.

Rollins got himself a new entrance theme too…

Maybe I will end up in the minority, but did not like much of the Money In The Bank main event. I think I make that clear in this Money In A Nutshell…

We all know that you have to climb the ladder to get the briefcase. It’s been that way since day one.

Somehow, however, Dana Brooke forgot that? That was just a bizarre moment, which was primarily an excuse to get Stephanie in on the fun. 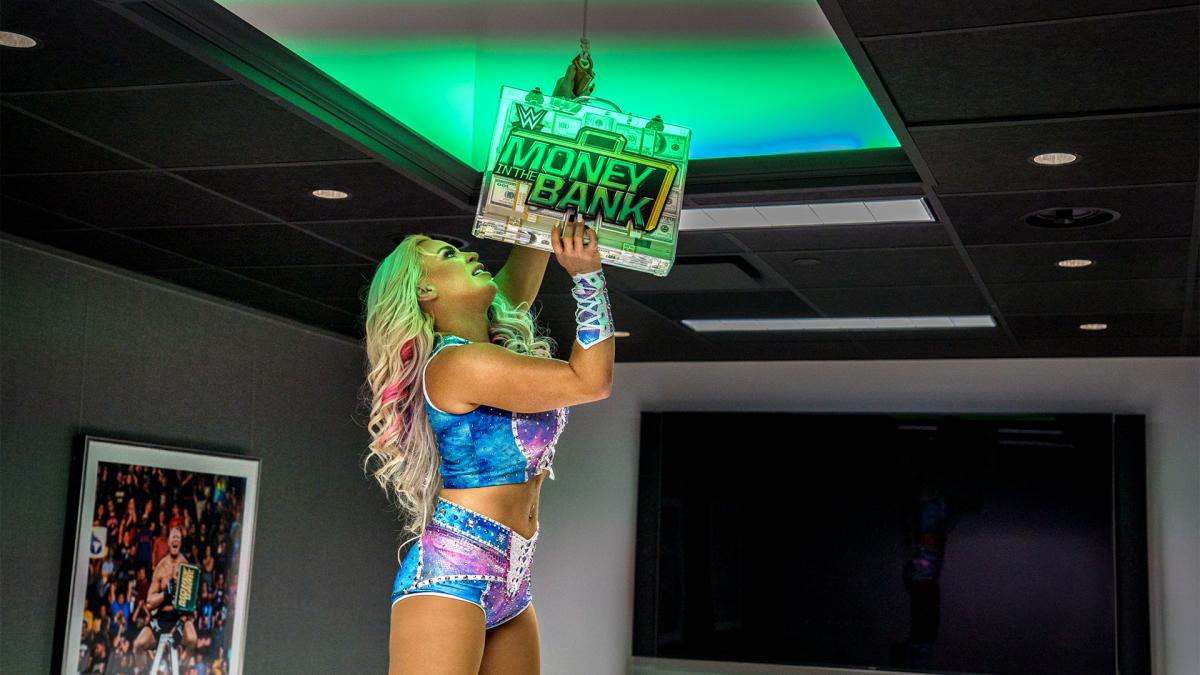 Some of the scenes were good, but there was just a lot to hate on, I think.

Like, if you were Asuka…and you’d already managed to be up a floor above your opponents, needing to be the first to the roof…why jump down? 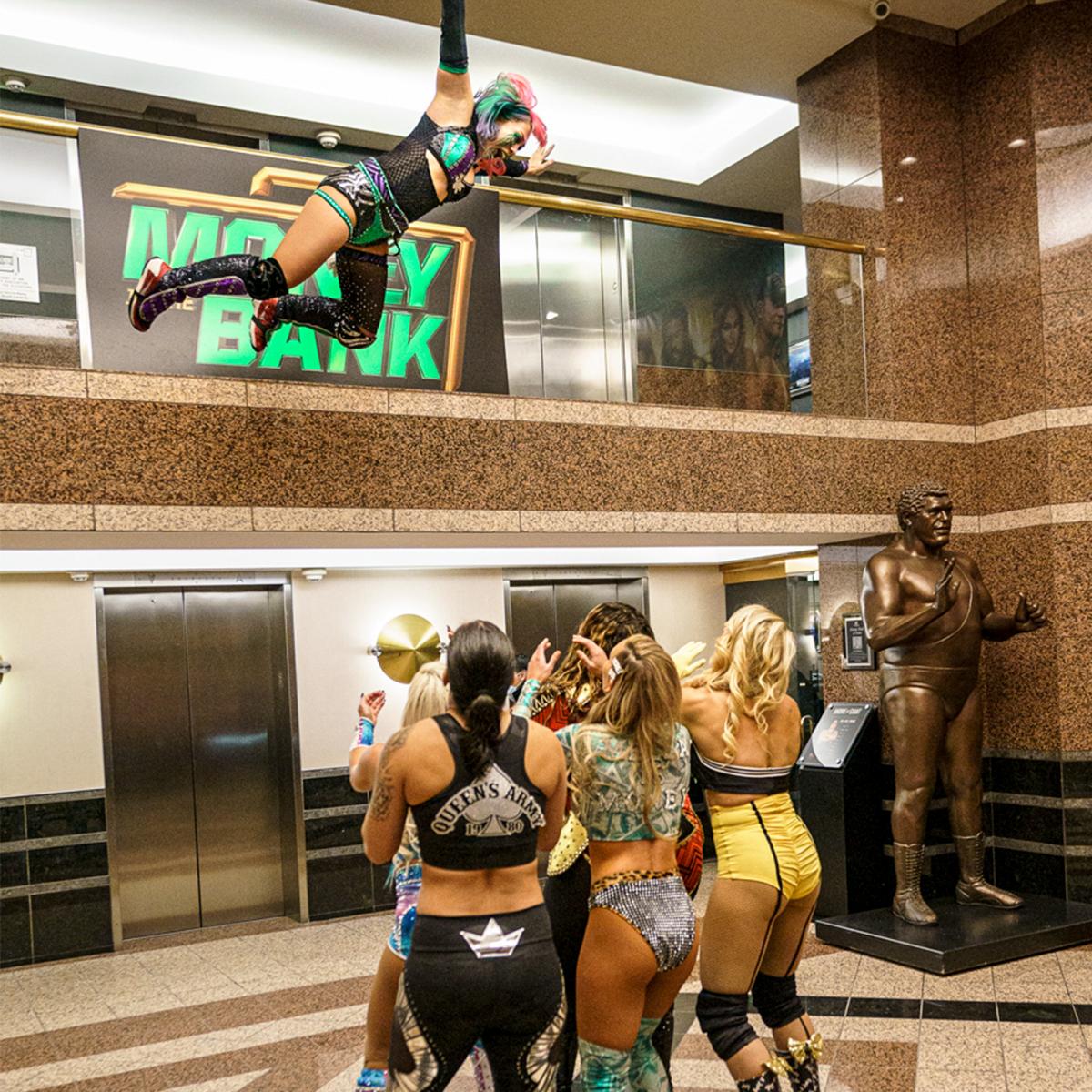 The elevators in WWE HQ don’t move so slow that the men caught up to Asuka, which I believe is how it was edited? Or it was just that confusing.

Rollins and McIntyre had a fun match, all things considered. 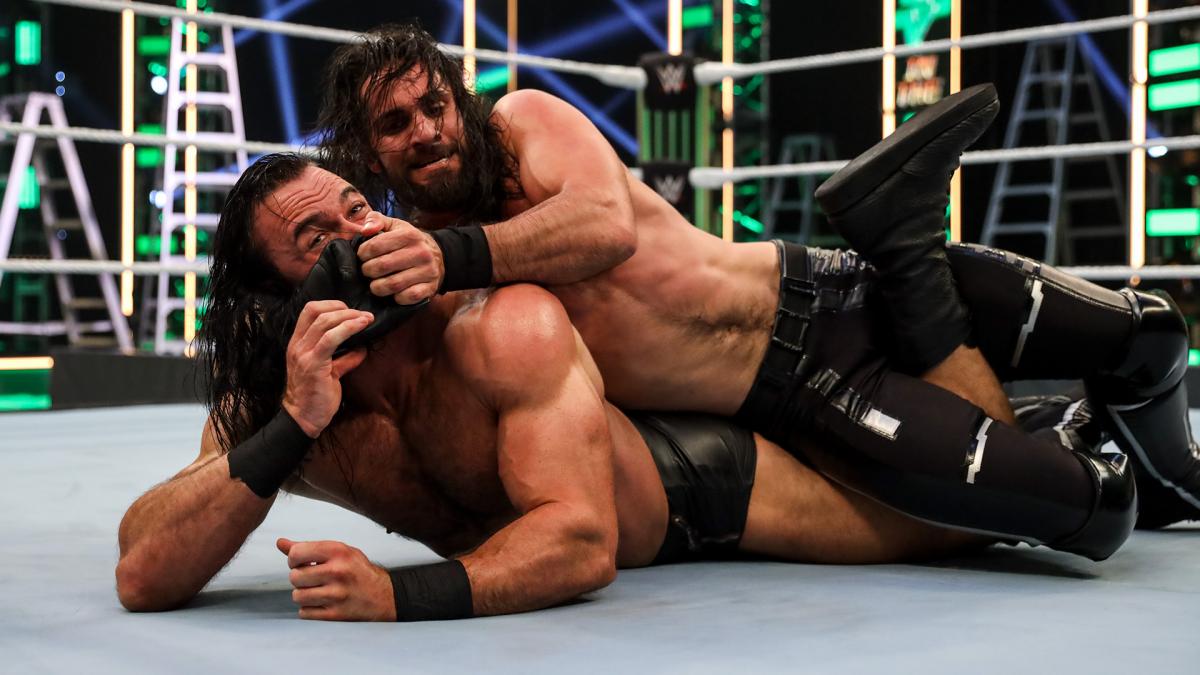 The evening was over by 9:30, so for anyone looking to be in bed early, there ya go.

I liked the spot to close out the ladder match, since it felt new. I don’t know how they move on from here though.

Like, does Otis have his claim on the briefcase questioned (I expect it)? Or, with Otis telling Mandy he did it…does Many use Otis to get his briefcase?

I mean, I know that’s crazy…but I could see it happening.

Not what I expected, and that’s really neither good nor bad.
I know some loved it…but maybe we watched different shows?

The MITB match was everything I expected and more, it was so damn entertaining.

WWE nail these cinematic matches every time, I hope they don’t overdo them but man, they feel so special.

Overall the PPV was decent but the MITB match was incredible.

How’s that for some Money In A Nutshell?