If the MITB match was not crazy enough, WWE has added a twist. Also, Otis is very popular with fans and one particular person in the backstage area.

The 2020 Money in the Bank (MITB) pay per view is going be different, but that comes as no surprise. Like every sport and form of entertainment, COVID-19 has caused problems.

This means WWE will be airing out of the Performance Center going forward. Also, the company continues to take extra steps to keep everyone safe.

As for MITB, that will be done a bit differently. The MITB Ladder Match has been taped as it come from WWE Headquarters.

Basically, both the men and women will compete at once. The winner will have to reach the top of WWE Headquarters for the briefcase.

How The Added MITB Much Twist Works

“The concept, I was told, is it is going to kinda be like that episode of Impact where they had people brawling all over the place for the hour. It’s gonna start with ‘this is what’s happening at the Titan Tower.’”

“We’re gonna go back and forth and see the journey of these wrestlers and how they fought and made it up the floors of the building over time. It’s not gonna be like one segment of Money In The Bank and we’re done.”

“They’re gonna use it like the lure to keep people entertained over the course of the broadcast.”

“It was noted that this could be compared to what WWE did with the Back Lot Brawl between Roddy Piper and Goldust at WrestleMania 12. They will air portions of the Money In The Bank match throughout the night and keep fans updated.”

As f0r the rest of the card, that is expected to air live. Therefore, that will be a major difference from WrestleMania 36.

Although, like WrestleMania 36, there will be no fans in attendance. So, we will have to see if no crowd hurts the overall feel of MITB. 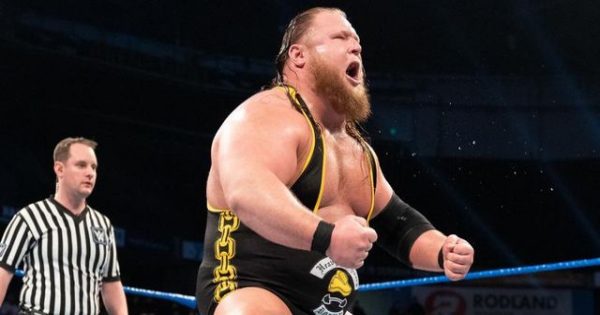 Speaking of MITB, one of the dark horses to win is Otis. He was added to the match on the most recent episode of SmackDown.

Before WWE let go of 40% of their staff, creative writer Andrea Listenberger was busy. She was handling the Otis – Mandy Rose angle.

Now, the Wrestling Observer Newsletter mentioned that Vince McMahon will be working with Otis. Apparently, McMahon has always liked Otis’ style in the ring.

The odds of Otis winning MITB seem unlikely. But, he still has a major program in the works.

It looks like WWE is building towards Otis & Rose vs. Dolph Ziggler & Sonya Deville. Also, as of now, it seems that the team of Heavy Machinery is no-more.

End of Heavy Machinery? It seems that Vince McMahon wants to give more importance to Otis, as evidenced by his presence in Money in the Bank. It is necessary to see what will be the future of Tucker at WWE shows, and if the goodbye of Heavy Machinery is going to be confirmed. pic.twitter.com/9qRDmoy5Ss