WWE Otis Love Triangle Comes To An End At WrestleMania 36

The love triangle between Mandy Rose, Otis and Dolph Ziggler finally had a happy ending at Wrestlemania 36. Ringside Intel gives you the details!

Wrestlemania 36 finally brought the happy ending many fans were waiting for among the WWE Otis love triangle with Mandy Rose, Dolph Ziggler and Sonya Deville. It was certainly a beacon of light in these dark and uncertain times. First, let’s take a look at what happened right before WrestleMania. 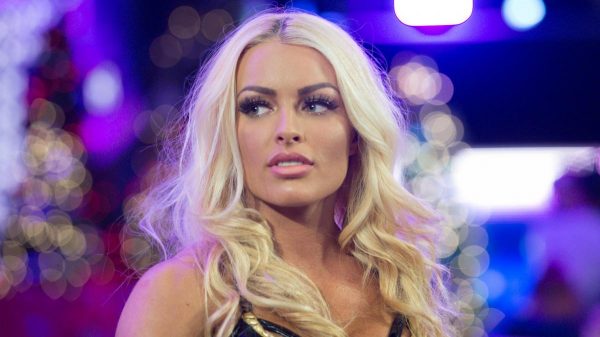 Fans knew that Sonya Deville and Dolph Ziggler were up to no good, even though there were few details out there. During the SmackDown episode before WrestleMania weekend, Mandy finally found out the truth about the Valentine’s Day date.

During SmackDown, a masked man appeared on the screen, stating the truth would be revealed. While the identity of the masked man (or woman) is currently unknown, the reveal had major consequences for Dolph Ziggler and Sonya Deville.

Sonya Deville could not help but interfere during Otis’ match with Dolph Ziggler.

Fortunately, Mandy Rose came to the rescue and took on both Deville and Ziggler. After Ziggler suffered an unfortunate blow to the crown jewels, Otis took the win and got the girl. So, all ends well.

What Will The Future Bring For Heavy Machinery, Mandy Rose And Sonya Deville

One of the biggest consequences the match had during WrestleMania is the possible demise of the tag team Fire and Desire.

Some time ago, we reported that the WWE was thinking of breaking up this tag team. Since they haven’t been in the tag team picture for some time, and given the storyline at WrestleMania, this very well may be the case.

There is no denying that the WWE also have their eye on Mandy Rose as a singles competitor.

The company chose her as the center for the storyline, so she is highly likely to continue as a singles competitor moving forward. 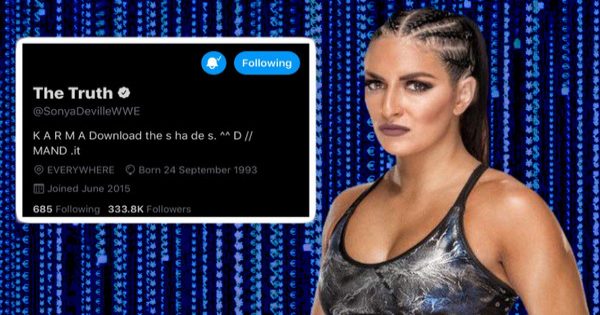 The masked person that appeared just before WrestleMania 36 could have  some consequences for Sonya as well. The mysterious hacker has now hacked her Twitter account, making references to karma and “All is fair in love and war.”

At this time, the identity of the masked person is unknown. However, we have no doubt that it will play out in the weeks to come. I think it will be a complete surprise when his or her identity is revealed.

At this point, I’m betting on the fact it is a woman.

Most likely, it is Mandy Rose.

Or maybe it is Sonya. Maybe her conscience got the better of her?

I can’t wait to see how this all plays out. 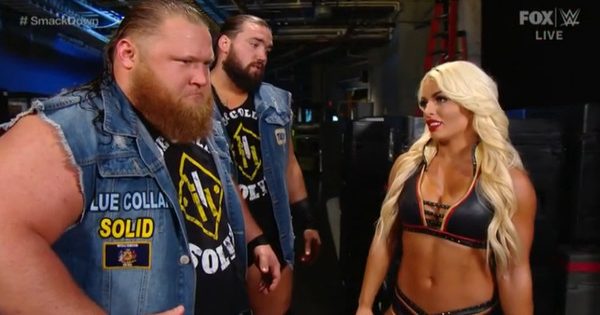 Mandy Rose could play an active role in the success of Heavy Machinery going forward. While I have no doubt she will be very prominent in singles competition, she may appear with Heavy Machinery as well, but what kind of role will Mandy play?