WWE Releasing 40% Of Their Staff Due To COVID-19, Current List (UPDATED)

Due to COVID-19, WWE is releasing 40% of their staff. Already, dozens of names have been let go and more will be announced in the coming days.

Due to COVID-19, WWE is releasing 40% of their employees. Already, dozens of names have been let go and more will be announced in the coming days.

WWE Releasing 40% Of Their Staff Due To COVID-19, Current List 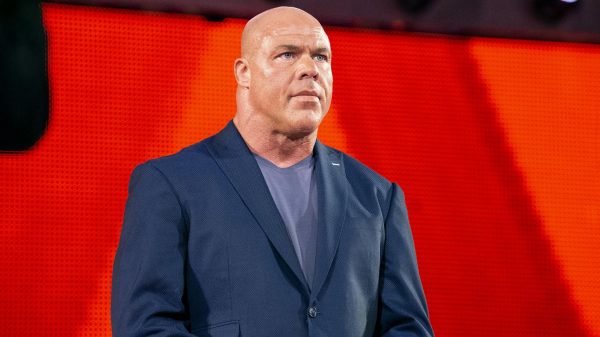 Right now, the world is struggling due to the coronavirus. Many companies have laid off or fired employees.

WWE is no different as they are forced to make major cuts. Wrestling Inc. noted that during a call today, Vince McMahon said 40% of the staff will be cut.

So far, WWE has confirmed the release of several wrestlers and backstage personnel.

Some of the names let go recently re-signed with WWE such as Anderson and Gallows. To release someone like Angle, it shows the bad shape WWE is currently in.

Never in the history of WWE have so many names been let go. WWE and the world are facing a virus that we have never seen before.

There is no word if the released names must follow a 90 day non-compete clause. If they do not, companies like All Elite Wrestling (AEW) and New Japan Pro Wrestling (NJPW) are likely not adding to their roster.

Like WWE, AEW and NJPW are feeling the pressure of the coronavirus. For example, AEW have taped several months of TV and NJPW stopped live events as the virus has no end in sight.

It is likely that more names will more confirmed in the coming hours and days. During the call, McMahon did say some employees will be placed on furlough.

People being let go will immediately receive a text message from WWE’s Human Resource Department. McMahon continued that he hopes to bring back his employees when the pandemic subsides.

The news comes only days after the XFL filed for bankruptcy. McMahon is looking to see if anyone will purchase the failed league.

STAMFORD, Conn., April 15, 2020 – WWE (NYSE: WWE) today provided an update on measures taken by the Company in response to the current impact of COVID-19 on the organization.

Due to COVID-19 and current government mandated impacts on WWE and the media business. The Company went through an extensive evaluation of its operations over the past several weeks. This analysis resulted in the implementation of various short-term cost reductions and cash flow improvement actions including:

Reducing executive and board member compensation;

Deferring spend on the build out of the Company’s new headquarters for at least six months.

The Company’s reductions of employee compensation and headcount result in an estimated monthly savings of $4 million along with cash flow improvement of $140 million primarily from the deferral in spending on the Company’s new headquarters. Additionally, the Company has substantial financial resources, both available cash and debt capacity, which currently total approximately $0.5 billion, to manage the challenges ahead. Management continues to believe the fundamentals of the Company’s business remain strong. And, that WWE is well positioned to take full advantage of the changing media landscape and increasing value of live sports rights over the longer term.

The Company will provide further details when it reports its first quarter 2020 results next Thursday, April 23 after the close of the market.

It’s your turn now Heath Slater, do it for your kids pic.twitter.com/p4B3GD7qTQ

A lot of incredibly talented people both on-camera and behind-the-scenes at @WWE lost their jobs today. It had nothing to do with their skill, determination or heart. Wishing them all well and hoping that they land safely on their feet.

I just posted this video earlier! We love you @ringfox1 !! For so many reasons, thank you for everything you’ve done for women’s wrestling and WWE as a whole 🙏🏿pic.twitter.com/5hX6s9uqam

I mean @itsLioRush is literally one of the best out there right now. When COVID-19 dies out, everyone should be all over him.#WWE #CEwrestling

We will have to see if WWE announces all the releases today. The process might take place over several days or weeks.

In conclusion, hopefully WWE can rebound and bring back those that were let go. Until then, we can only hope that the virus can be controlled.