Building off an angle 10 years in the making, AEW appears to be using Mike Tyson to try and garner mainstream media attention.

Remember when WWE brought in Mike Tyson during the “Stone Cold” Steve Austin vs. Shawn Michaels angle years ago? Well, All Elite Wrestling (AEW) might be looking to follow that path.

The promotion used the recent episode of AEW Dynamite to begin the early stages of an angle involving Tyson, a former boxing world champion, and Chris Jericho.

Tyson, who has been training himself to possibly compete once more in an exhibition boxing match, is a huge fan of pro wrestling and AEW. He was also involved in the recent AEW Double or Nothing event, presenting the AEW TNT title to Cody after he defeated Lance Archer.

Using Tyson is believed to be a way for AEW to garner mainstream media attention, according to a report by Wrestling Observer Radio.

Jericho, with The Inner Circle standing next to him, called out Tyson, who promptly entered the ring alongside the likes of former UFC champions Henry Cejudo, Vitor Belfort and Rashad Evans.

This is not the first time Tyson and Jericho have shared the wrestling ring. Ten years ago, they were partners in a tag match against D-Generation X on an episode of WWE Raw when Tyson turned on Jericho.

After 10 years of tension, it all boiled over between @MikeTyson & @IAmJericho last night on Dynamite! 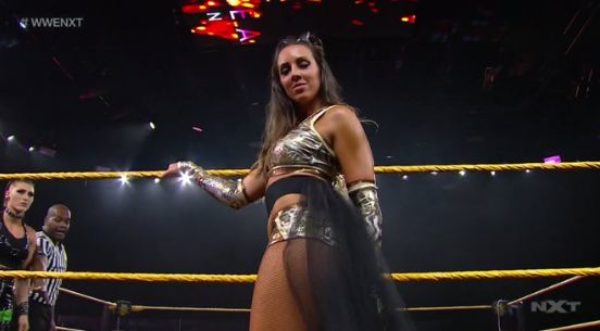 Green, who admitted in an interview that Stone helped bring her to new heights, parted ways with his services during WWE NXT this past week.

While discussing her performance in a tag team match with NXT women’s champion Charlotte Flair against Rhea Ripley and Lo Shirai, Green noted that she no longer needed Stone to help her climb up the ranks.

Flair and Green picked up the victory when Flair rolled up Lo and used the ropes to gain leverage and the three-count.

.@ImChelseaGreen proved to be an EXCELLENT tag team partner for #TheQueen as The #RobertStoneBrand‘s high-profile client sacrificed herself so @MsCharlotteWWE could get the win! #WWENXT @RobertStoneWWE pic.twitter.com/QGoSyJMvoi

By the time Stone realized what had happened, Green was well on her way to other events.

It remains to be seen if this is something that could end Stone’s run as a “brand” manager, or if WWE just has bigger plans for Green.

Green, a 29-year-old from Canada, previously competed for Impact Wrestling under the name Laurel Van Ness. She won the Impact Knockouts title before competing on Tough Enough in 2015.

In 2018, Green took part in WWE tryouts and was signed that year, debuting on NXT in October.