A WWE employee has tested positive for COVID-19. While the name of the person will not be made public, here are the latest details and reactions.

A WWE employee has tested positive for COVID-19. While the name of the person will not be made public, here are the latest details and reactions. 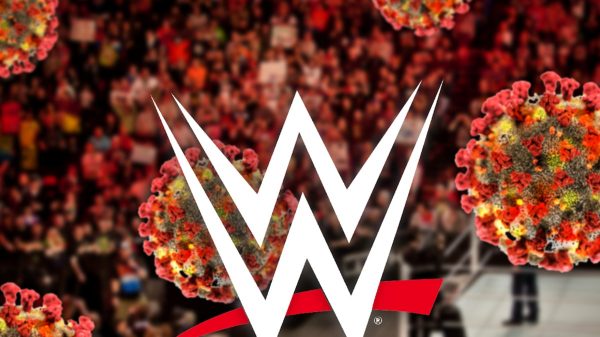 Due to COVID-19, many places are taking extra precautions or temporarily shutting down. This includes sporting events, with basically everyone ceasing operations.

Several people from sports and the entertainment world have tested positive for the virus. Now, WWE has confirmed their first case of an on-air talent.

WWE did not name the person who tested positive for COVID-19, but issued a statement.

“A WWE employee has tested positive for COVID-19. We believe this matter is low risk to WWE talent and staff, as the individual and a roommate became symptomatic in the days following exposure to two people working in acute health care on the evening of March 26, after WWE’s TV production on a closed set was already complete.

“The employee had no contact with anyone from WWE since being exposed to those two individuals, is doing well, and made a complete recovery.”

Pro Wrestling Sheet expanded upon the statement. They noted how the unknown person went to dinner at the end of March after the last batch of television tapings.

Others at the meal included people in the healthcare field. Shortly after, the WWE employee started to not feel well.

After their test returned positive, the person was then told to isolate for 14 days. He or she was cleared to travel again as of April 9.

The person is feeling better now and did not work the recent tapings. It is not known if WWE made the decision as a way to be extra careful.

Apparently, Vince McMahon knew about the infected person. Yet, he is still moving forward with WWE returning to live TV for RAW, SmackDown and NXT.

Those shows will come out of the Performance Center and WWE will continue to take precautions. Wrestlers will be examined, with their temperature taken before entering.

As for the building, it will be thoroughly cleaned. That includes frequently sanitizing the ring, encouraging talent to wear a mask and keeping a social distance.

WWE also sent out a letter to their employees about the infected person. It contains the same information within our story and also does not name the person who contacted COVID-19.

If someone within the company – not a wrestler, but an on-screen talent – testing positive for Covid-19 isn’t enough for WWE consider scaling back, what will be?

I love that I have wrestling to watch, but not THAT much. Ongoing live shows is a bad, concerning idea.

I think the decision to resume live Raw tapings when people in the company are now getting Covid19 is hugely reckless by Vince and #WWE.

My new advice for WWE wrestlers: Fake getting COVID-19, wait for Vince to be like “Well sport, I’d appreciate if you kept this between us”, enjoy your month of vacation and extra 200 grand.

2) Recent research found the risk of death in people under 65 “was equivalent to the death risk from driving between 9 miles per day (Germany) and 415 miles per day (New York City).” 2/3

Given that everything is now being filmed in the Performance Centre. This means that any increased risk from #COVID19 is probably offset by a reduced risk in driving much less.