WrestleMania 36 In A Nutshell: Night One In The Bag

It's WrestleMania In A Nutshell time. Night one is in the bag. What matches did we get? Was it any good? Let's crack open this Nutshell!

Coming in, I had low expectations. Sure, WWE had the ability to get every one right, in theory. Meaning, if a match had a botch, or botches, there was nothing stopping them from doing it again. For all we know, they did. We may never know. 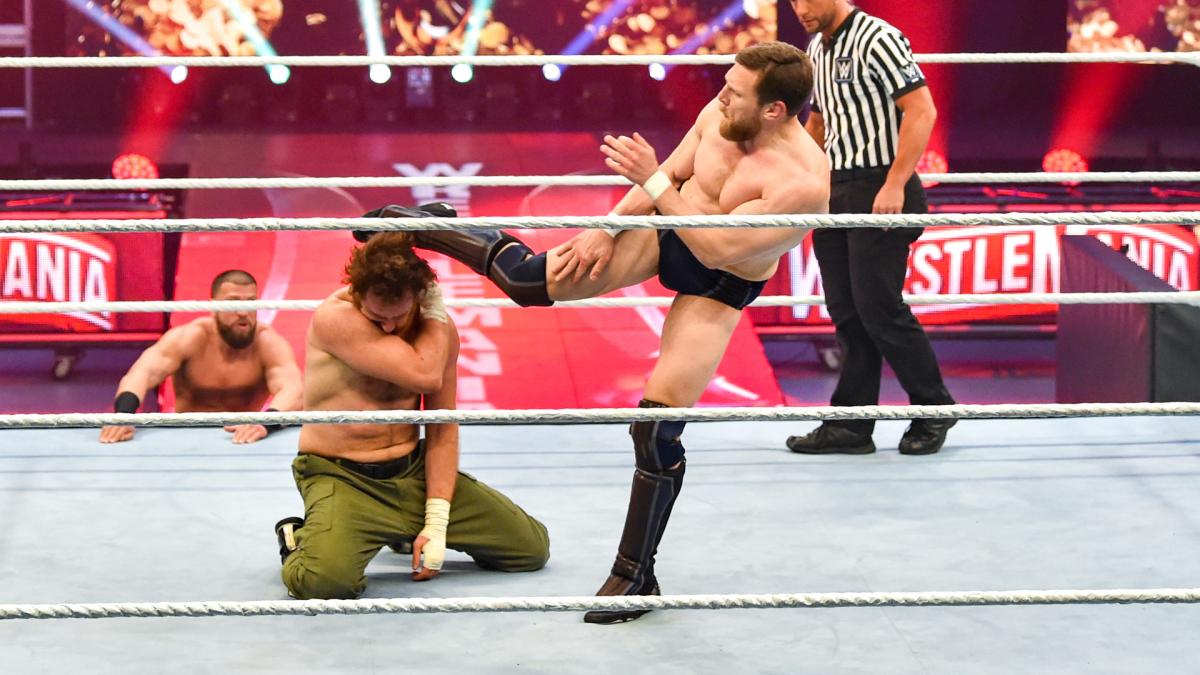 What we got were matches that exceeded my expectations (keep in mind, they were low to begin with). For not wrestling much solo in a while, Sami Zayn and Daniel Bryan did a nice job. I liked the ladder match for the tag titles too. 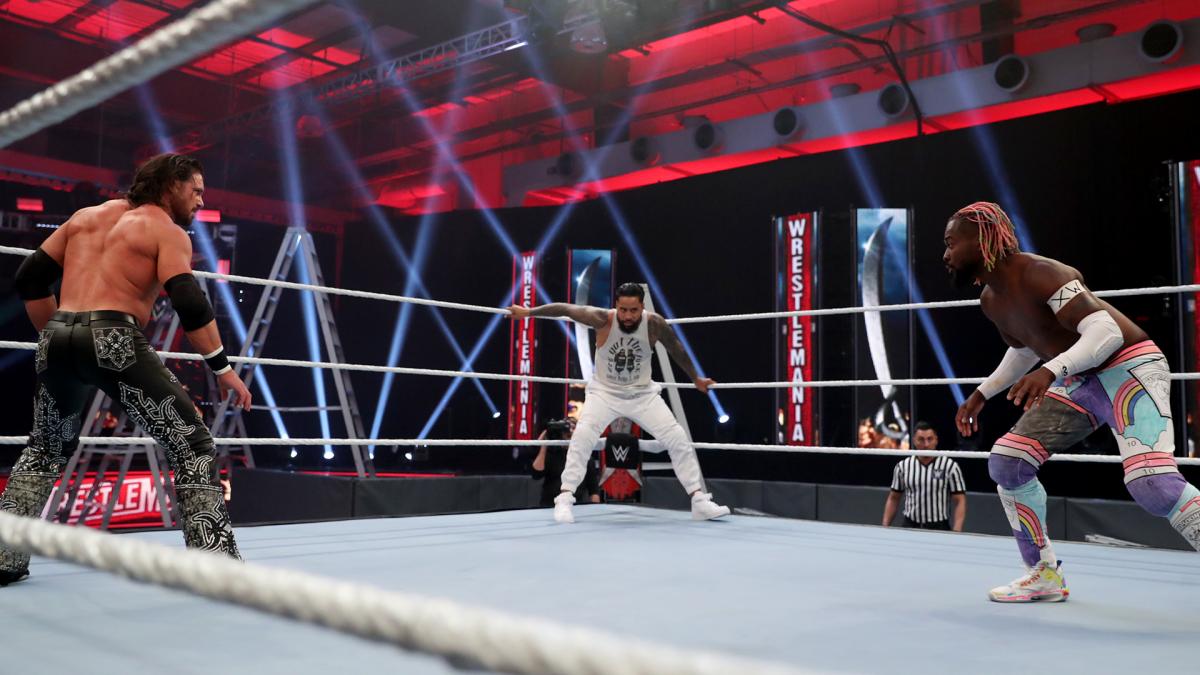 But, I do think that, for all it’s heavily produced shock and awe, the show stealer was The Undertaker and AJ Styles. Not a traditional match, but we knew it wouldn’t be. Considering the Firefly Fun House match is set for Sunday, that one has a very high bar to aim for, in terms of heavily produced, special effects-laden matches go.

This match was a master piece. Absolutely incredible. The Undertaker and AJ Styles stole he entire show tonight.#wrestlemania pic.twitter.com/l08tGIUMpw 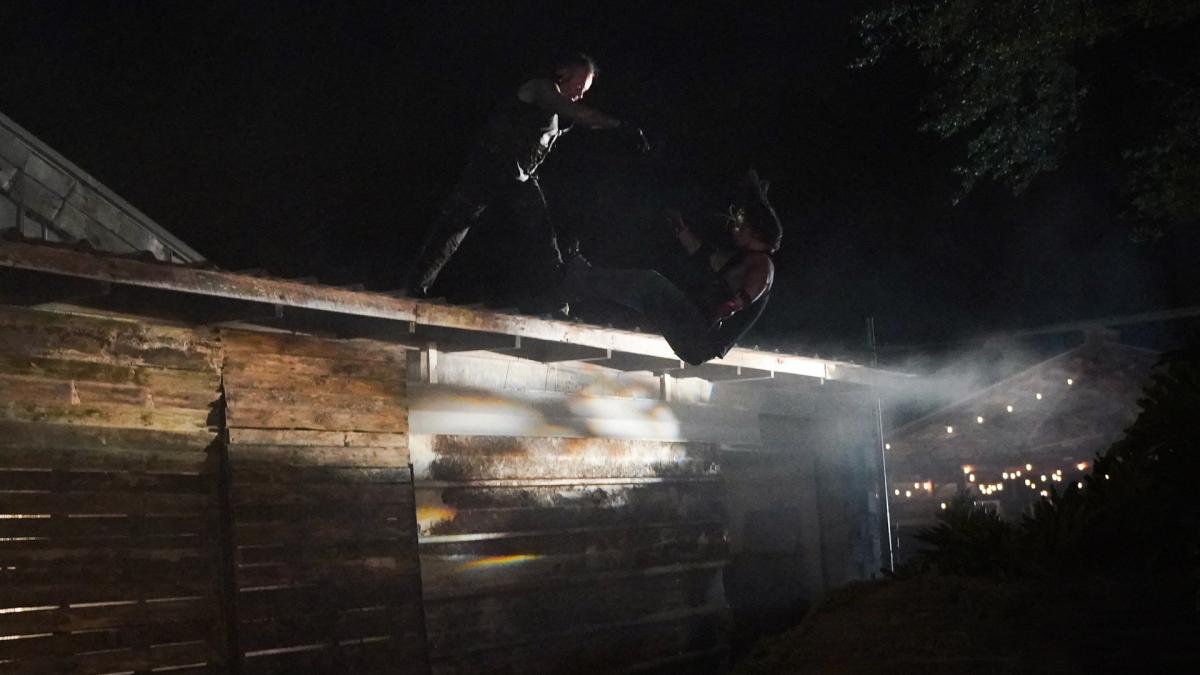 Strowman and Goldberg. Maybe this one really needed the live crowd, but I think the crowd would have been on this one in a bad way too. 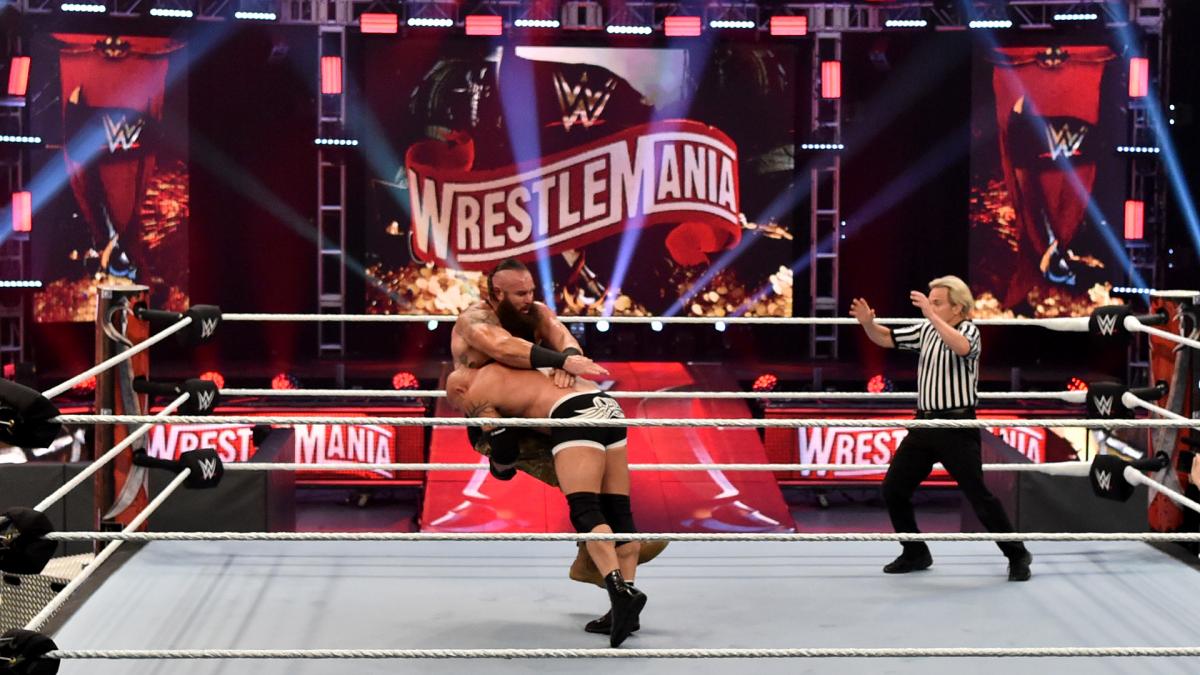 I bet fans would have booed Baszler and Lynch too, but the Universal Title match was the stinker. Why? No wrestling. Super-short.

In fairness, it probably didn’t stink any less than Reigns and Goldberg would have. Instead of spears all around, we got spears and power slams…but it was basically the same idea.

A tip of the cap to all involved. I think it speaks volumes at the professionalism, and not just of the WWE Superstars. I’m talking about all involved-production staff, the road crew, everyone. It’s a stressful time in the world, and yet here they all were, right before things really shut down, doing what they had to do to give us two nights of entertainment.

Thank you. We needed the escape. 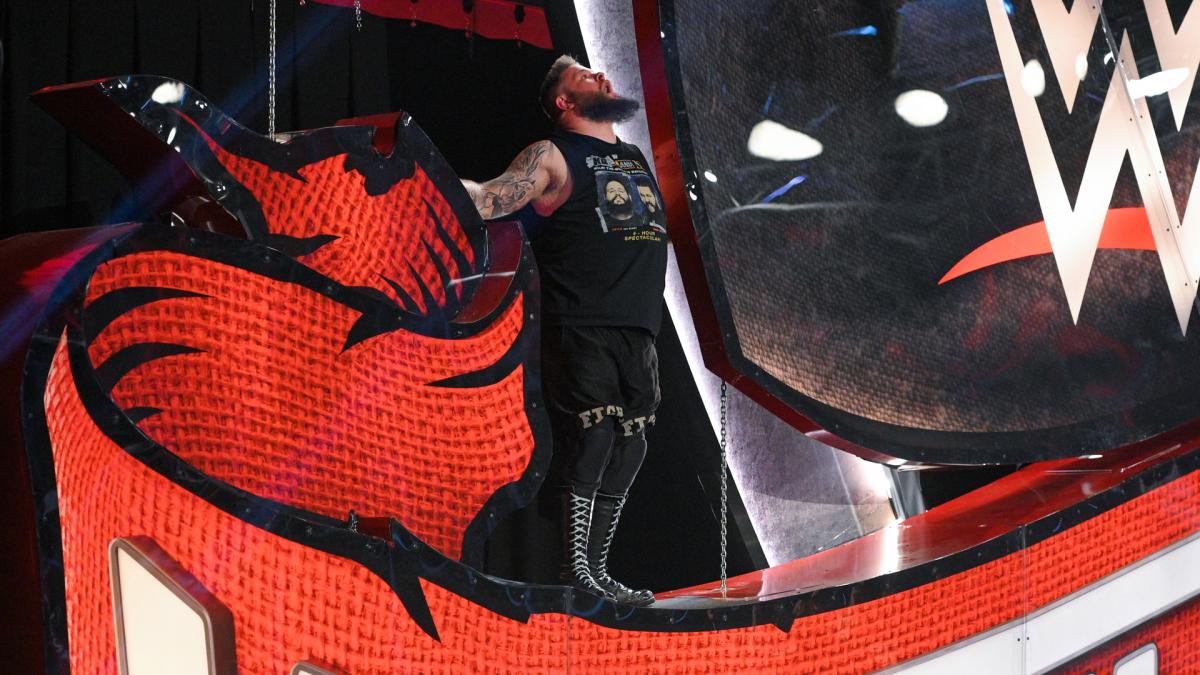 This will be a wrestling match only one-for reasons. 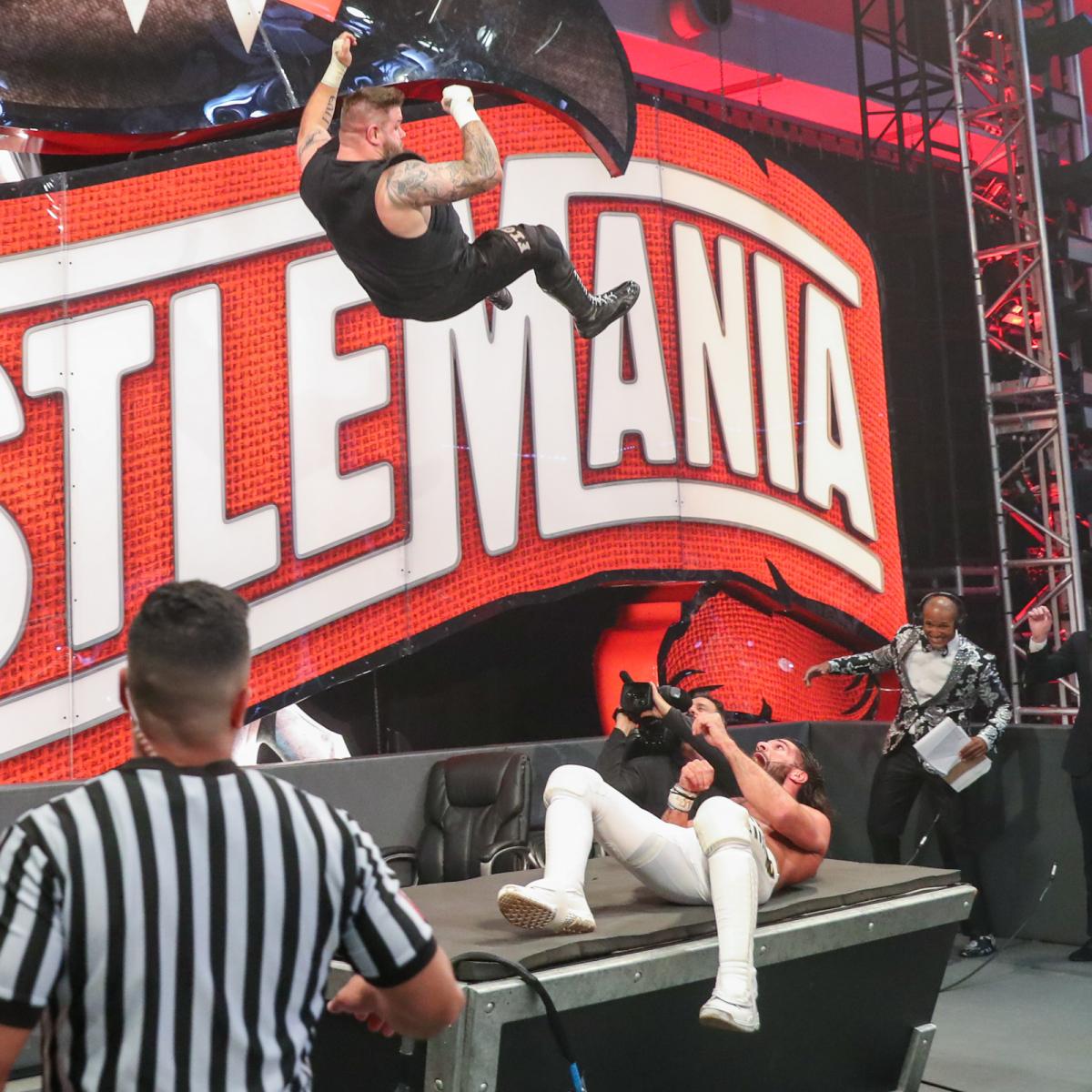 And for this one, let’s go with the easy one: Kevin Owens, off the WrestleMania sign, onto and through Rollins and the announce table. Nice spot, sick looking bump.

This was a great spot! #WrestleMania #Wrestlemania36 pic.twitter.com/DnptnaogVG

Of course…the ladder match was a spot fest too, so not taking anything away from that.

And…did anyone else see that sick bulge on Undertaker’s forearm after going through the window?

The OC and those fake druids, hands down. 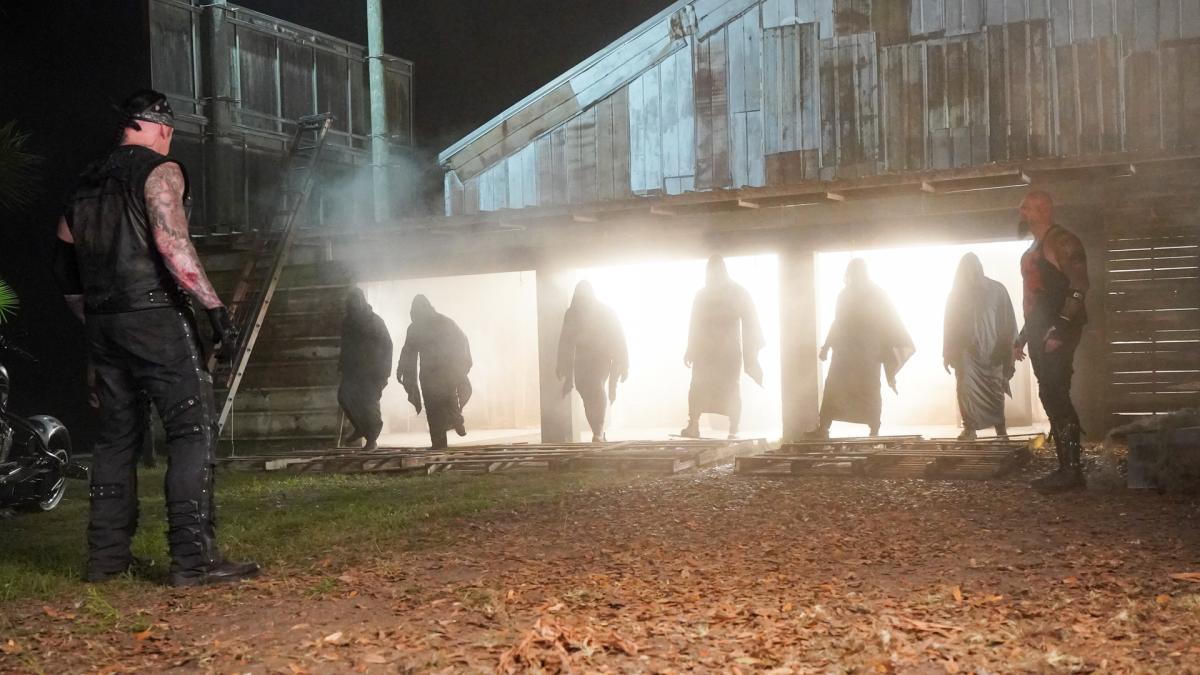 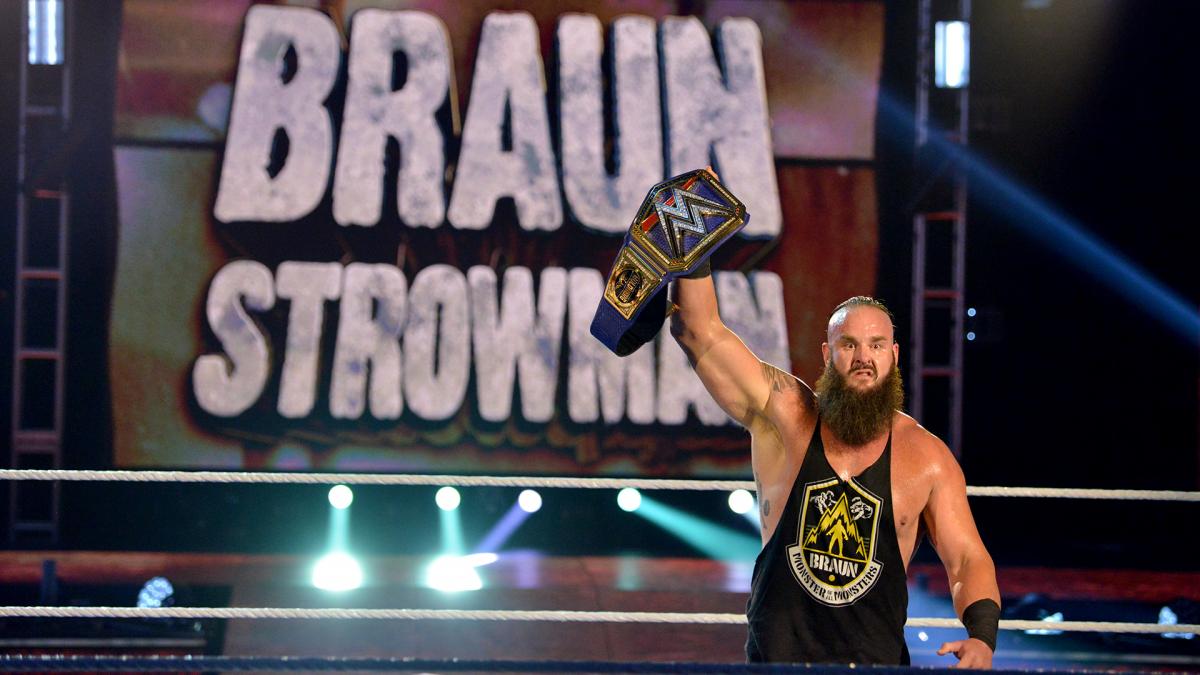 Otherwise, Shayna Baszler was all sorts of upset when she didn’t win. 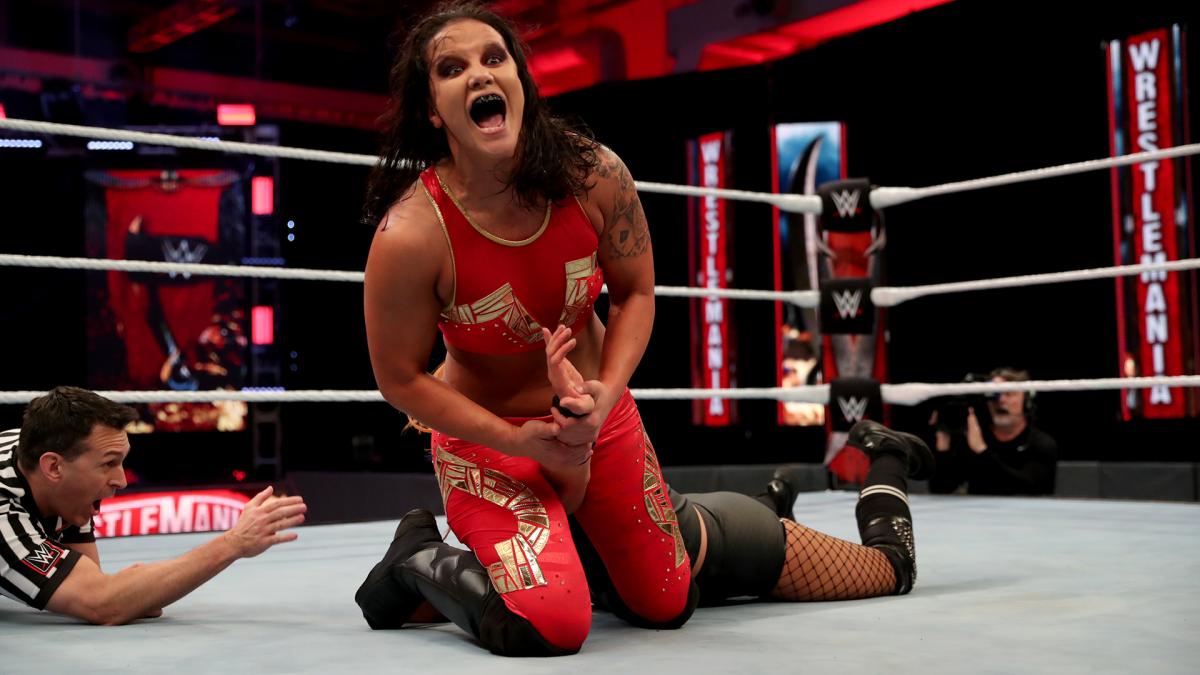 The Boneyard Match. Lots of special effects and production value.

That spot toward the end where AJ came off the roof was crazy. Probably more rigged than usual, but still. And I’d guess there was something more forgiving on the roof, since we never actually saw the surface of it…but regardless

The whole match earned this spot.

So, WWE announces a limited series on The Undertaker, beginning after night 2 of WrestleMania-called The Last Ride.

It does make you wonder if Undertaker is finally going to retire? Or, perhaps, he was planning on it, but maybe wants one last big match in front of fans? If that’s the case, it could be a very long time for that.

Thank you Undertaker, if this is the last ride then it’s been one hell of a ride.

What a way to go out. #Wrestlemania pic.twitter.com/YT3m4RljaO

The big one. The elephant in the room….

WrestleMania SUCKS without the big show feel. No 70,000+ fans? No elaborate, stadium sized stage and set? It sucks. That is the one major lowlight. It is not the ONLY lowlight, but it’s the big one.

The others? Disappointed that Shayna didn’t win the belt. I have to imagine that perhaps WWE held off on that until there are fans to react. But, if that is the case…we could be waiting quite a while.

Maybe The Undertaker and AJ Styles benefited from not being live. Lots can be done with re-shoots, takes, editing and such. While it isn’t normal nowadays, you use what you can…and WWE did. No one knew what to expect going in, and I think it worked out well. That match did feel a bit like maybe a passing of the torch, too. Right at the end, when Undertaker basically hugged it out with AJ, you could almost feel there was something to it. Of course, ‘Taker then dropped Styles into the open grave…but still.

The ladder match was strong. 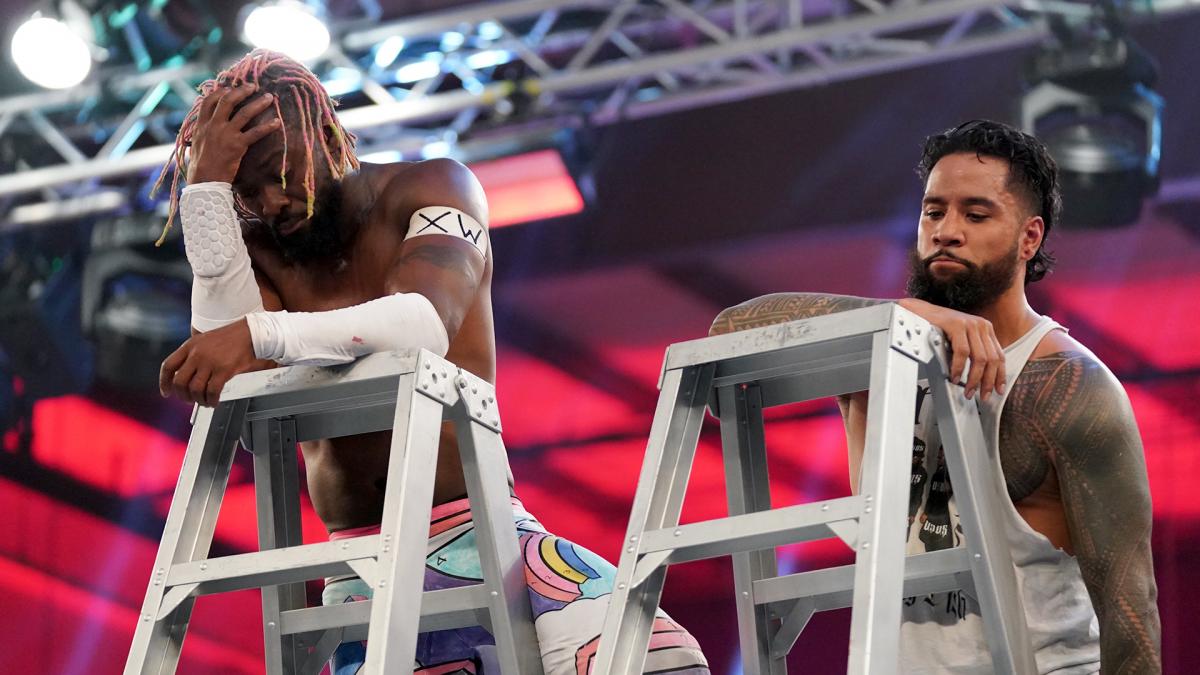 Bryan and Zayn was very good. It’s good to have Sami working singles matches again, and it will be nice to see the babyface stable get a third, if they even will now.

This card felt like an NXT TakeOver…but let me explain why. With many TakeOvers, each match trumps the match before it. This card felt similarly. Now, the difference is, of course, one is live, one is not. WWE had the benefit of editing, re-shooting and then slotting in matches in whatever order it wanted. I imagine someone will eventually tell us if matches were shot out of order-it’s entirely possible some were aired in the order shot. Regardless, with the lone exception of Strowman and Goldberg, the matches continued to get better. Solid and entertaining effort for what it was.

#WrestleMania was truly so much better than any of us could have predicted. Huge respect to the performers and crew for making it more fun than it ever should have been.

Closing thought on this one? WWE had all matches taped and knew how everything looked, for more than a week. These matches were what went first. Meaning…as good as we think Saturday was, how much better will Sunday be? I mean…they had them all, so they HAD to save the best for last, right? I think Edge and Orton will likely be a great one. Firefly Fun House has to have been as good or better than the Boneyard Match, right? 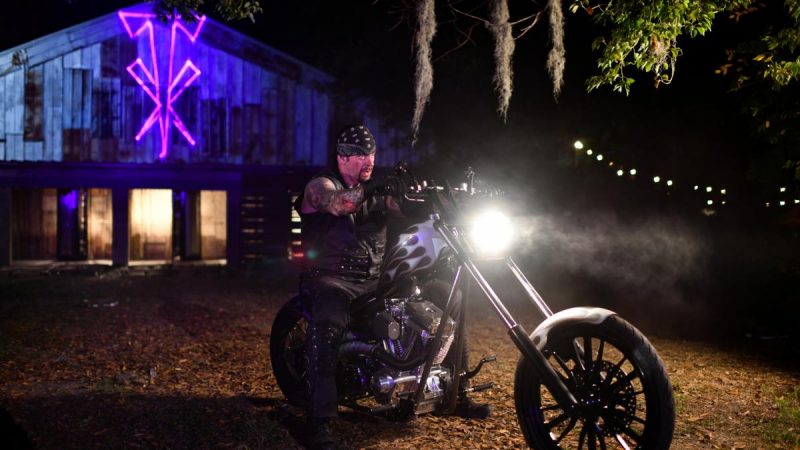 We will find out soon enough.