WrestleMania 36 To Be Held Over Two Days, WWE & Talent Comment

The coronavirus continues to change how the world operates. WrestleMania 36 now comes from the WWE Performance Center, but it will be over two days.

WrestleMania 36 To Be Held Over Two Days 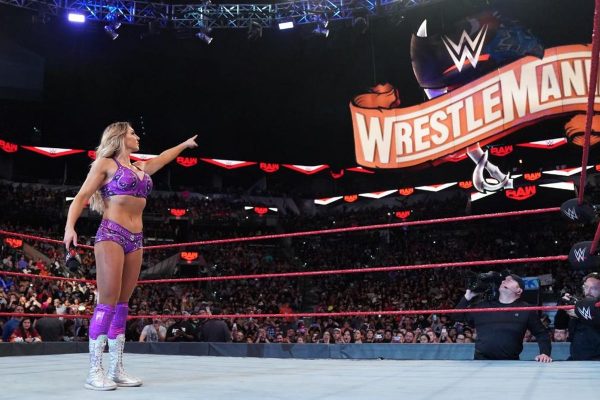 The coronavirus continues to change how the world operates. We already know WrestleMania 36 will not coming form Tampa, Florida. Instead, the the biggest show of the year comes from the WWE Performance Center. In the latest development, WrestleMania 36 will take place over two days; another first in WWE. It airs live April 4 and April 5.

We also know former NFL star Rob Gronkowski will serve as the host.

There was talk of WrestleMania 36 airing over the summer at Madison Square Garden. We still do not know if that is even being discussed. This is a first in pro wrestling history and we do not know what to expect.

RAW and SmackDown this week came from the WWE Performance Center. There were no fans in attendance. AEW is also holding shows with no fans.

The 2020 edition of The Showcase of the Immortals will make history as the first to span across multiple days.

Earlier this week, it was announced WrestleMania 36 would emanate from the WWE Performance Center in Orlando and only essential personnel will be on the closed set during production.

Gronkowski revealed the new format and his role as host on his Twitter earlier today. The three-time Super Bowl champion also promised more details when he appears on SmackDown this Friday on FOX at 8/7 C.

Reaction On WrestleMania Being Split Into Two Days

This is an absolutely terrible idea. @VinceMcMahon why aren’t you just postponing it for the Summerslam slot? Your audienceless shows have been weird, awkward & awful. The audience makes up 50% of the show. Stop being greedy & postpone you jabroni!

Two nights is better then one.

Congrats @RobGronkowski see you in Orlando for @WrestleMania

all we want as performers is to make you guys smile and laugh, we will do our best and we will tell you our stories. With two nights in April, Saturday and Sunday, we can have an unforgettable Wrestlemania weekender! ❤️🌎❤️🌎

.@WrestleMania bigger than before?

There is no still no official word on Takeover Orlando and the WWE Hall of Fame. Please stay tuned as the story develops.

Whatever happens, stay safe and be careful. The safety of the world surpasses anything in the pro wrestling business. Together, we can topple this virus. From everyone at WrestleNewz, we send positive vibes to the entire world. Please stay safe together we will conquer this virus and make the world a stronger and better place. It will just take time an patience,