Roman Reigns has surprised a WWE fan who suffers from kidney disease. A welcome surprise in a world affected by the coronavirus.

Roman Reigns is arguably one of the biggest superstars in the WWE. As you know already, he is quite involved with various charitable works. In a world affected by the coronavirus, this charity work is more important than ever.

Anthony suffers from kidney disease and gets dialysis on a regular basis. He has his treatment at the DiMaggio Children’s Hospital in Hollywood. He had tickets to go to WrestleMania 36, but as you know it’s been closed to the public.

This week he got an amazing surprise from WWE superstar Roman Reigns.

Reigns, who is Anthony’s favorite wrestler, sent a message to Anthony stating he was thinking about him and that he would visit him as soon as possible.

“We have your back. We’re thinking about you. And, you’re not alone,” are just a few of the heartfelt sentiments that Roman shared with Anthony.

Anthony was completely in shock, as all he could say was “Thank you.”

Roman acknowledged that we’re all in the midst of strange times but let Anthony know that he’d like to visit him if possible someday.

Considering the impact of the coronavirus, it is refreshing to see something positive in the news. So, well done Roman Reigns. And thank you to the hospital staff who made this possible for the young man.

Reigns Being Criticized For Missing WrestleMania

Unfortunately, Roman Reigns has been getting a lot of criticism because of cancelling his match. But when you think about it logically, Roman had every right to do so. In fact, I think most wrestlers would cancel if they had the option to do so. Roman is just the one who was brave enough to cancel.

Contrary to other wrestlers, Roman Reigns has a history of secondary health problems placing him in a high-risk group. Reigns was diagnosed with leukaemia for the first time in 2008. Almost a decade later, he suffered a relapse.

At the end of the day, the company can’t really win at the moment either. If they cancel, they receive a backlash from fans. If they go ahead, they get backlash from people like myself, who believe the event going ahead is a health hazard and irresponsible.

It is not characteristic for Roman Reigns to snap back, but this time he did. He sent an amazing message on Instagram, telling people to be kind to one another.

Just piggy backing my boy @flex_lewis ‘s thoughts on kindness and being thoughtful to others. Along with a brief explanation of what’s going on with me. Unity and accountability to this crazy power of connectivity. Be safe y’all and hands off them faces! Ah yessir.

I couldn’t agree more with Roman Reigns. The coronavirus has shown some of the darker sides of humanity, but it has also shown the good. I am so glad he defended himself, because frankly I am so disappointed in the reaction of people.

He has a choice to protect himself against this COVID-19 and it has nothing to do with fans or even the company he works for. End of story really.

Will It Influence The Future For Roman Reigns? 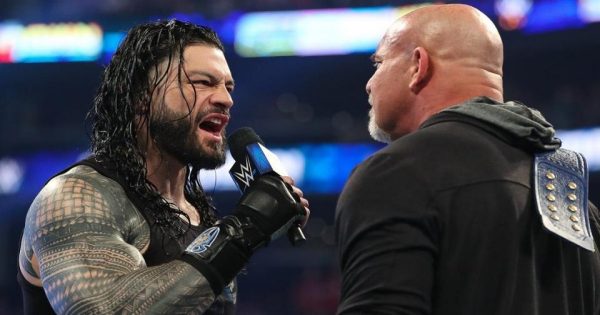 It shouldn’t. As I mentioned before, Roman has the right to withdraw from the event for his health and that of his family.

If the WWE punishes him for that, then there should be repercussions for the company. However, I don’t believe they will. After all, Roman is one of the companies biggest stars and a big pull for fans. So, I am sure we will see lots of Roman Reigns once this is all over.