Goldberg vs. Roman Reigns was nixed, but WWE tried everything to keep the match. Also, there's a rumor of Brock Lesnar being upset at Vince McMahon 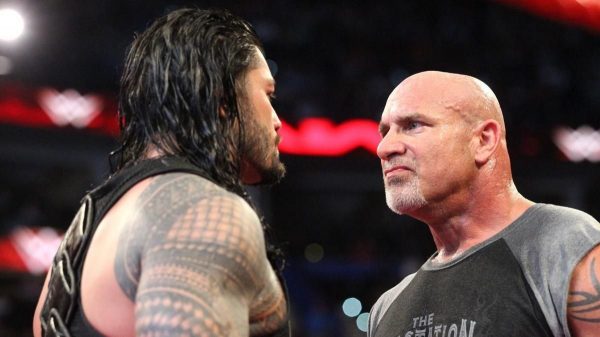 WWE was able to get through WrestleMania 36, but it was not easy. Switching locations, taping the show, having no fans and moving matches around were just some problems.

One of the biggest changes came about 10 days before the event. Roman Reigns opted to not compete due to the coronavirus.

Reigns has battled leukemia and his presence would have been a huge health risk. He made the right call by electing not to wrestle.

In the end, Braun Strowman took his place against Bill Goldberg. Within minutes, Strowman won and left as the new Universal Champion.

Goldberg spoke with Carcast about the situation. He understands where Reigns was coming from and noted how WWE tried everything to book the match.

“I don’t know why it was even considered in the beginning,” said Goldberg. “Except for the fact, that we’d invested time and WWE invested the money in the angle, in the match.”

“So literally until the 23rd hour, it was still a possibility that he and I were going to wrestle. So plans kind of changed at the very last minute.”

“I did my match with Braun. and it was possible that I could do a match with Roman again before the fifth [the night the match aired]. That obviously fell through.”

WWE did a bad decision by making Goldberg go over Bray. That derailed everything. If they kept the title on the Fiend would have had a good rivalry against Braun for MITB and then face Roman at Summerslam. He could have had a pretty good and long title reign.

Current Status Of Goldberg And Reigns

As of now, Goldberg is done with WWE after returning a few months ago. He wrestled two matches during his most recent stint with WWE. He defeated The Fiend Bray Wyatt for the title and then dropped it to Strowman.

Reigns’ return to TV is unknown. With the virus still going strong, fans might not see Reigns live for several months. 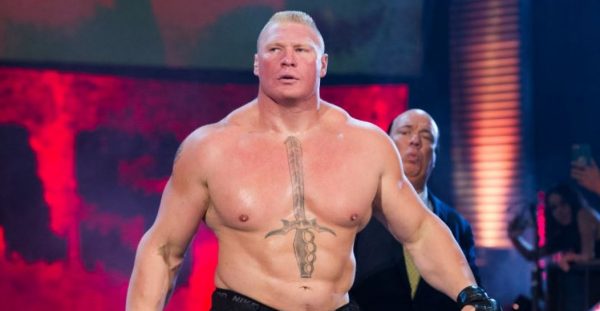 A lot happened at WrestleMania 36, with most of it occurring off TV. The coronavirus wrecked havoc on the show, which caused many problems.

Some people were not happy with the show going ahead. There was speculation that Brock Lesnar was one of the names not happy to be present.

At one point, there were rumors of Lesnar getting into argument with Vince McMahon. Speculation was Lesnar was irate about working and decided to leave right after his match.

There were even reports that Lesnar initially refused to wrestle. Some even speculated that Lesnar was arrested.

Apparently, that was nothing more than a rumor. There is no telling if Lesnar wanted to be at the Performance Center, but there was no incident with McMahon.

On night two of WrestleMania 36, Lesnar dropped the WWE Championship to Drew McIntyre. The matches last about five minutes and featured mostly finishers from both superstars.

If anyone could punk out McMahon, it would Lesnar. Basically, he is untouchable in WWE.

For now, Lesnar is not listed for any upcoming WWE shows. He usually reappears around SummerSlam, but that event could get be dramatically changed due to the coronavirus pandemic.