Jushin "Thunder" Liger and the Bella Twins are expected to be added to the WWE Hall of Fame ceremony this coming April from Tampa, Florida.

Reports Of Jushin “Thunder” Liger, Bella Twins To Be Inducted Into WWE Hall Of Fame 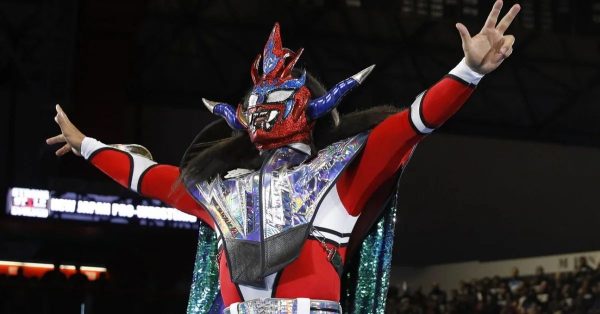 At the moment, the current lineup for the 2020 WWE Hall of Fame includes Batista and the nWo. So, that leaves several more inductees expected to be announced in the coming weeks before WrestleMania 36.

According to a report, that includes Jushin “Thunder” Liger and the Bella Twins.

I’ve heard several names talked about for this years Hall of Fame. Was only able to get confirmation on 2 of them as of now, they are: The Bella Twins & Jushin ‘Thunder’ Liger.

WrestleMania 36 is set for April 5 and will air live on the WWE Network. The hall of fame ceremony takes place April 2 from the Amalie Arena in Tampa, Florida – the same site as the event.

The 55-year-old Liger announced his retirement in January after a career that started in 1984. He won the IWGP junior heavyweight title 11 times and the J-Crown once during his career.

In a surprising report, one source says the international inductee for the WWE Hall of Fame this year is none other than Jushin Thunder Liger.

Babies And HOF For Bella Twins

Both Brie and Nikki are currently pregnant and expected to give birth roughly two weeks apart from one another.

All NEW #BellasPodcast this morning! We have a #ValentinesDay Double Date with @AtHome with Drew and Linda Scott!! (make sure to check out their NEW podcast too!) And of course my forever date @artemchigvintse ❤️ Click link to join! 🥰 N https://t.co/qWqB1GVdn3 pic.twitter.com/VmZTRDlEVW

This will mark the 21st class to be inducted into the WWE Hall of Fame.

If the Bella Twins getting into the WWE Hall of Fame is true, I don’t think I agree with it, as their wrestling wasn’t *great*, but they’ve had a lot more media impact than most people, and sold a lot of merchandise for the company.

What do you think? Should they go in the HoF?

I believe @BellaTwins are very deserving inductees into the #WWEHOF
Great athletes, excellent attitudes, mainstays in the Divas division for years before the women’s revolution – and were tireless ambassadors for @WWE well before @TotalDivas brought them mainstream attention.

Jushin “Thunder” Liger should wrestle one more match against John Cena at Mania. Who says no?

The Bella Twins and Jushin “Thunder” Liger would be perfect choices for the Hall Of Fame.

Nikki Bella has mentioned in interviews that she still hopes to be able to return to wrestling in future but her pregnancy might give her reason to change her mind of course. #WWE pic.twitter.com/6M9mTksBhJ 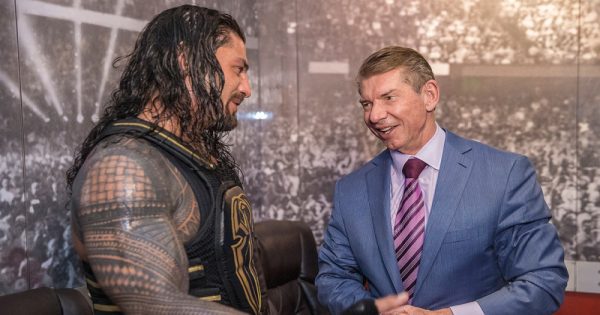 Nothing is getting in the way of Vince McMahon keeping a hand on all things WWE. However, at 74 years old, he is getting more and more private.

According to a report by FightFul Select, McMahon has attended only a handful of SmackDown episodes since Thanksgiving. He was in attendance at the most recent show.

“We were told that Vince McMahon was rarely, if ever, at (SmackDown) between Thanksgiving and the February 5 episode,” the report states. “Over on Raw, it was noted that Vince was around ‘approximately half the time.'”

Bruce Prichard has been overseeing SmackDown as a Senior Vice President and Executive Director of the program.

Today, @xfl2020 brings you more of the game you love as we kick off our inaugural season. We are beyond excited to hit the field. #ForTheLoveOfFootball pic.twitter.com/9hChOrYkWu

McMahon purchased the WWE in 1982 from his father, sticking the behind-the-scenes before eventually becoming an in-ring competitor. That included a win in the Royal Rumble and holding the WWE and ECW titles.