Shayna Baszler could be heading to WrestleMania this year, as she has just given us a huge hint before Monday Night Raw. But what has the company in mind? 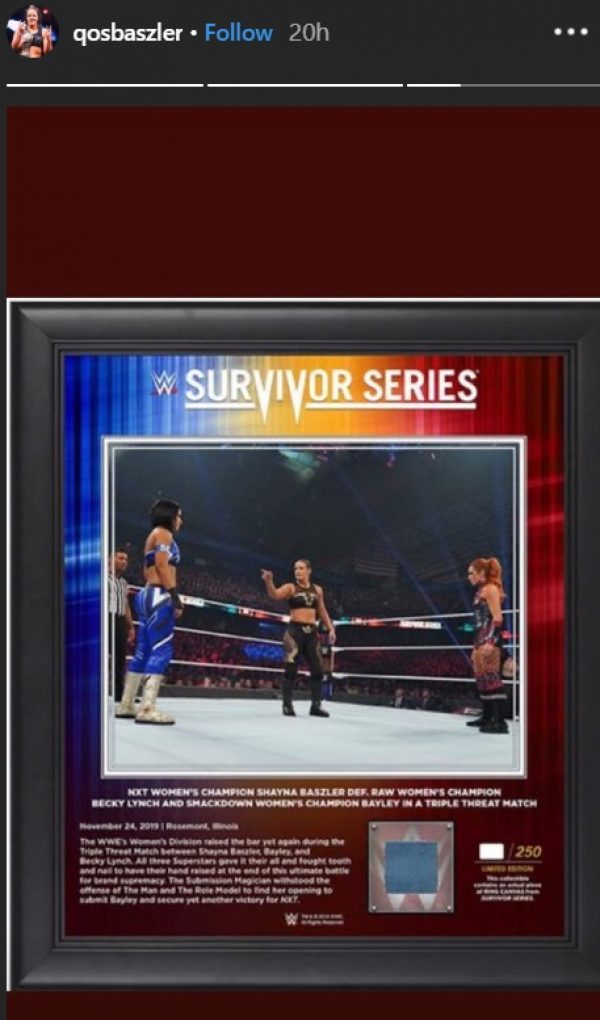 Some WWE superstars lay in some subtle hints when it comes to future main roster call-ups and even championship opportunities. Shayna is no different, as the former NXT champion took to Instagram with a cryptic post.

Shayna uploaded the plaque picture of her and Becky Lynch at Survivor Series. While you could argue that this is a merchandise plug, which it could be, others think there could be more to it.

There have been persistent rumors that Shayna will be on Raw this week. Whether this rumor is true or not, we are bound to find out as early as this evening. There could be some truth to the matter though, as Shayna has all but disappeared from NXT television. When you consider how dominant she was as a champion, this poses some interesting questions. 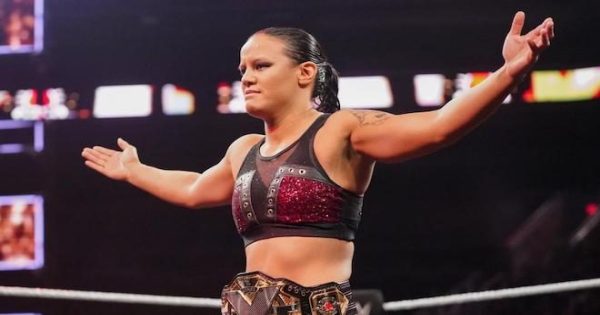 The chances of Shayna appearing on Raw are pretty high, whether she appears on tonight’s episode of Raw or not. The real question is if Shayna will be making it to WrestleMania this year.

The timing for a potential feud between Baszler and Becky Lynch could not be better. Becky is having another title defence against Asuka on Raw. If Becky retains, she is in need of a new challenger. I don’t think the WWE could have found any better than Baszler, since there was little left to do for her on NXT.

There has been a serious lack of contenders for Becky Lynch since she became Becky two-belts. Even though all the women on the main roster could be good opponents if built properly, Becky needs a serious threat at this point. Shayna meets that description to a tee.

Even though I am quite excited about a match between Becky Lynch and Shayna Baszler, I do somewhat fear what will happen to the loser of the feud. Becky has been on top for a while, so it would be no stretch of the imagination that she could be dethroned by Shayna.

What does that mean for Becky after WrestleMania? The opposite also applies here. If Shayna loses to Becky, where does that leave her in the WWE and would it hurt her status? So, if Shayna is coming up, I hope the WWE have a decent plan in place for this feud. By having a plan, they can safeguard both superstars and build them to entirely new heights. Let’s see what happens tonight.