The main roster is lucky they do not have to follow this show as it was great. Let us get right to the Takeover Portland report card.

Takeover was back and on a new night. We got a total of six matches and the main roster is lucky they did not have to follow this show. Enough talk, as it is time to look at the report card. 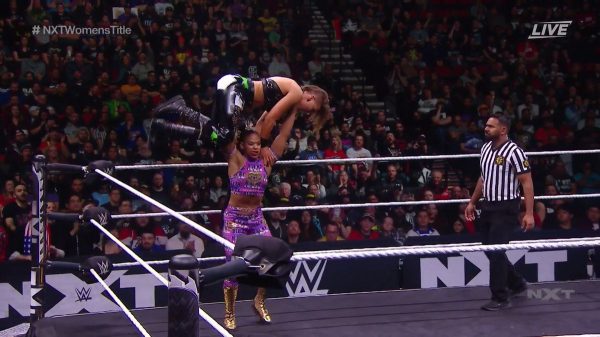 Before the match even got started, you knew Charlotte Flair was there and she would make her presence known. Also, we should note how it is a bit strange not seeing Shayna Baszler involved on a Takeover card. This felt somewhat like a fresh start for the women of NXT. As for the match, the first ten minutes felt a bit slow. Once the ladies starting slapping each other, the tone changed. It is like something clicked and both showed what they bring to the game. The final sequence, where Rhea Ripley got the win, seemed a bit sudden. I think the fans were expecting Bianca Belair to kick out. Of course, Charlotte appeared after the match and took out Ripley to set up their WrestleMania 36 match. But, we all saw that happening weeks ago; so it was not a shock. Grade: B 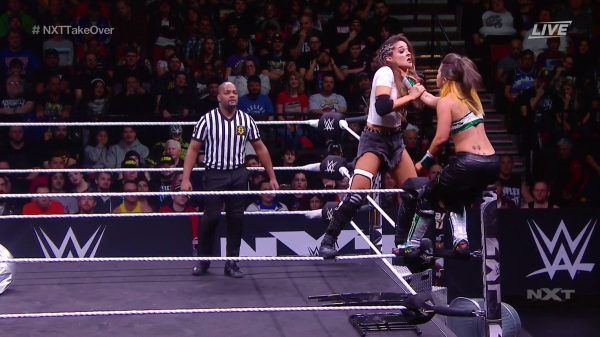 This feud started at Takeover WarGames and quickly escalated. For the first time in NXT, we got a Women’s Street Fight. This match was fast, as Dakota Kai jumped Tegan Nox before she even made it down the ramp. From that point on, the pace never slowed down. Considering how they both have bad knees, you figured that would be a key target. In actuality, that only played a small role. This was simply a hard-hitting affair from start to finish. I hope the feud continues, but the Street Fight gimmick felt like the end of a personal and intense feud. The interference from Raquel González made no sense as the fans had no idea who she was. Even Kai looked perplexed at what just transpired. The final spot from the top rope was botched and ruined a great match. Thus, the score was slightly lowered. Grade: B+ 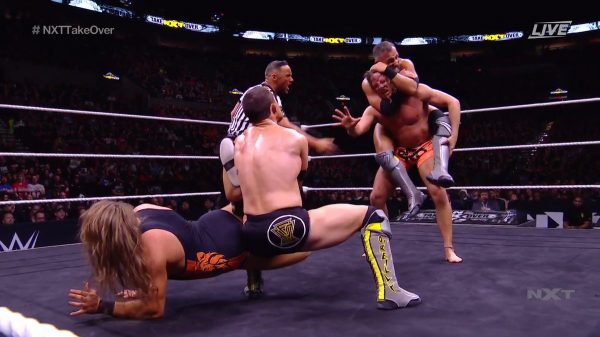 The Undisputed Era’s Roderick Strong lost the North American Championship a few weeks ago and their run at the top could be over. Whenever you put Bobby Fish & Kyle O’Reilly in a match, they tend to deliver. Pete Dunne was really focusing on the fingers and Matt Riddle relied on his knee strikes. There was lots of miscommunication between Riddle & Dunne, leading you to wonder if that would cause one to turn on the other. That was not the case as The BroserWeights captured the tag titles. Riddle & Dunne won the Dusty Rhodes Classic and also captured the gold to keep their impressive run going. I do feel like the match was rushed and wanted to see another seven to ten minutes of action. Still, a great outing by all four as Undisputed Era’s losing streak continued. Grade: B+

Hide ya limbs. @PeteDunneYxB is on the hunt! #NXTTakeOver pic.twitter.com/htBypNrycD 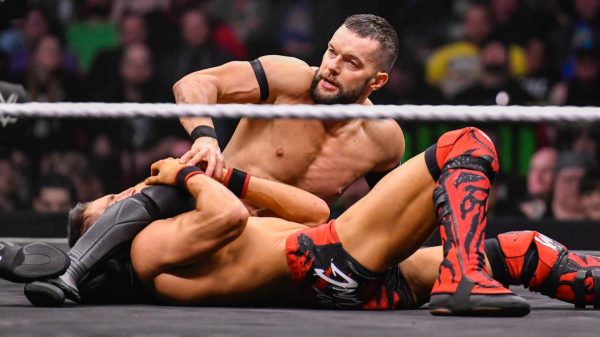 In pro wrestling, a first is a rare moment. But, that is what we got with Finn Bálor vs. Johnny Gargano. At one point, Bálor was the face of NXT and Gargano eventually took that spot. When “The Prince” returned to NXT, he quickly made a statement. A great technical match, with a good amount of physical violence mixed-in. At first, the match seemed to be missing something special. Eventually, they found their groove and you could feel the disdain between the two. I was a bit worried the match would not holdup to the rest of the card, but that was not the case. A brilliant performance that saw Gargano’s obsessive ways get the best of him. Balor took the win and continues to get closer to a future NXT Championship match. The post-match heel antics from Balor was that little extra we needed. Grade: A-

.@JohnnyGargano and @FinnBalor are on the same page of the same BRUTAL book in this INSTANT CLASSIC at #NXTTakeOver: Portland.#WWENXT pic.twitter.com/fCsfOhiuiS 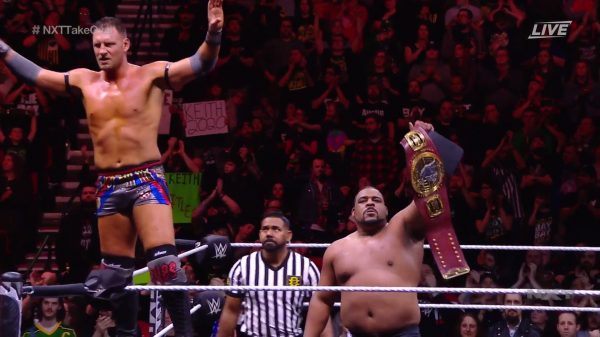 We have seen Keith Lee and Dominik Dijakovic battle when NXT was only on the WWE Network and also their time on the USA Network. Heading into the North American Championship, they were at a stalemate when it came to wins. Two of the biggest men in NXT did battle and they continued to show agility that is almost unimaginable. Dijakovic hitting that front flip from the top rope to the outside, connecting on a Lee that was sitting in the chair, is something I have never seen before. This might be the biggest Takeover card to date and what a way to start. Also, the Spanish fly from the top rope was a sight to see. Lee and Dijakovic are the future of NXT. We will see them meet again, but for a bigger prize. Tons of credit to both and they deserve all the respect given. Grade: A-

*screams “MAMMA MIA” at the top of our lungs repeatedly*@DijakovicWWE IS ON A WHOLE OTHER LEVEL. #NXTTakeOver pic.twitter.com/HVDFLRpqAQ 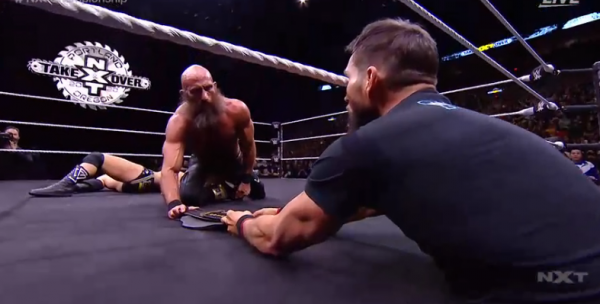 There was lots to absorb heading into the main event. The Undisputed Era desperately needed a win and Ciampa wanted back the title he never lost as he was forced to relinquish the NXT Championship and undergo neck surgery. The title match against Adam Cole was all Ciampa spoke about as he looked to regain goldie. Great match with Ciampa showing that aggressive side. Ciampa getting the back of his neck snapped against the edge of the announce table was the turning point. Cole was smart to focus on the neck and back, with Ciampa willing to do anything to regain the belt. They hit stiff shots towards the end that would make anyone cringe. The crowd was dead on with “this was awesome” chants. In the end, Gargano shocked the world by turning on Ciampa. What a wild ride for Gargano and Ciampa the past few years. Grade: A-