Since the return of WWE veteran Edge, fans wonder "will Paige wrestle again too?" Let's take a look if the Norwich beauty could make a return.

With the return of WWE superstar Edge, many fans have been asking the question “Will Paige Wrestle again as well”? While each superstars suffered different injuries, Edge’s return brings some hope for Paige fans and Paige herself. So, is there a chance that she could return?

Will Paige Wrestle Again In The Nearby Future? 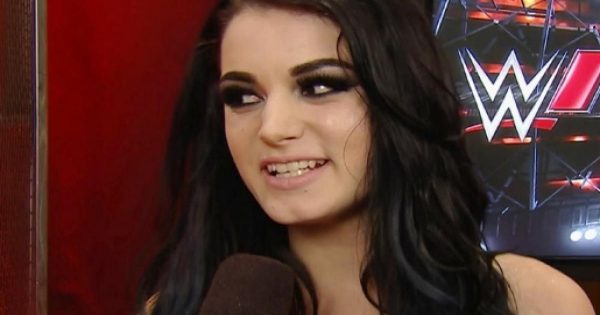 Many signs point toward Paige staying retired. However, there’s a slim possibility she may return to wrestling in the future. To understand her chances of returning, we need to look a little closer at her specific injury and the prognosis.

Before we elaborate further on her injury, it is important to note that the Norwich beauty had suffered from neck injuries in the past. In fact, the tag team match you see in the footage took place a mere months after she had neck surgery again. While people are quick to blame Sasha for what happened, it was a case of Paige having a weaker neck already and she could not take the bump.

Following the incident during the live show tag team match, she underwent another surgery. Shortly afterwards, she announced her retirement to the world.

The initial neck injury Paige suffered was described as a “stinger.” A stinger is a burning sensation or electrical shock sensation that comes from the neck and shoots through the body. It is a painful injury that influences the nerves in the neck and the spinal cord.

"Unfortunately due to neck injuries, I can no longer perform in this ring as an in-ring competitor." – @RealPaigeWWE #RAW #RAWAfterMania pic.twitter.com/Ri3eVtSG4c

Originally, medics believed the injury was not that serious. However, once she was examined, they found more underlying problems with her neck. In other words, her neck cannot take any impacts or bumps anymore.

Her Statement After Her Career Ending Injury

Once she made her retirement speech, a lot of fans blamed Sasha Banks for what happened. While the evidence, and more specifically the footage of the event, points to the opposite, fans blamed The Boss nonetheless. It eventually led her to become depressed and take a break from wrestling.

To come to the defense of her colleague, Paige would later release a statement stating how supportive Banks was during the incident. She also said that it was absolutely not her fault, and remembers how she left the ring that night.

“The girls at the side of the ring were crying, Bayley was really upset and Sasha is sitting in the corner just devastated and I couldn’t cry at first; I wasn’t in any pain I was just in so much shock and I’m just looking at these girls like ‘oh my gosh’. And I knew it, I felt it – my career was done,” Paige continued.

I remember them bringing out the stretcher and stuff like that and I was like ‘please don’t make me go out on a stretcher, that’s all I’m asking. I don’t wanna go out on a stretcher’. I wanted to walk out gracefully and I just knew I was going to get told I wasn’t going to be able to do this anymore.

So I’m finally up and walking and the crowd are cheering – they were so sweet – so I get backstage and Jamie Noble and all the trainers and doctors that we had were checking my reflexes and my body felt fine after that, it was just achy.

Hope For The Future

Despite the serious diagnosis she has received, it seems the Norwich wrestler still has hope of wrestling in the future. When Edge returned, she tweeted out a message stating “coolest thing ever. Gives people hope!” In other words, we haven’t seen the last of her yet.

Fortunately, Paige still has a prominent role in the WWE despite her retirement. The same could have been said for Edge, as he got his own show on the WWE Network alongside Christian. So, their paths seem to have more than one similarity.

What Does The Future Hold For Paige?

Even if Paige never wrestles again, she has achieved more than most women in the wrestling business ever would. She will always be the youngest Diva’s champion in history and a movie has been made about her life. She was also very different from the average WWE Diva, who were mostly blonde and tan. She was unique in more than one way, and it was one of the things that made her shine brightly. It does not get much bigger than that! So, her time may have been limited, but she has made her mark on the wrestling universe nonetheless.

In the meantime, I’m sure the WWE will find more things for Paige to do. There’s WWE backstage, but also countless management positions I can think of in less than five minutes. It would be silly to exclude her from the WWE family because of an injury, especially considering her status in the wrestling world and all the things she has achieved. So, we are quite curious to see what the future holds for her. Ideally, we would love to see her in a regular management role.

In conclusion, Paige’s injury is too serious for her to return at the moment, much like Edge several years ago. However, as I stated earlier, it does not mean that she won’t come back ever. In fact, medicine and surgery evolves constantly. The most important thing for her to do now is to look after herself and to strengthen her neck. I hope that she does not step into the ring before she is ready. Even if she never is, she is still one of the female wrestlers who had one of the biggest impacts on me and thousands of other women.