There is always time for a good laugh, especially when you have access to the funniest moments in WWE Royal Rumble history!

We are edging closer to the Royal Rumble, so it is time for another special looking at some of the historical WWE rumble moments. Today, we have compiled a list with the funniest moments. Are you ready to laugh? 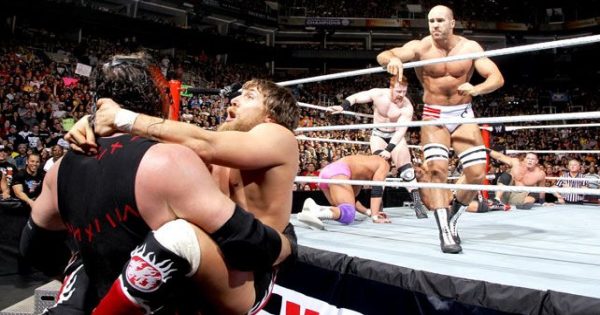 There have been a lot of funny moments between Daniel Bryan and Kane, especially during their Team Hell No phase. One of my personal favourites actually happened during the Royal Rumble.

When it looked like Daniel Bryan was about to be eliminated, Kane caught him by accident. Even though he dropped him on the ground shortly afterwards, it remains one of the funniest moments from the Royal Rumble in history. During the segment, it was clear that Kane was struggling to contain his laughter, and this probably had a lot to do with Daniel Bryan’s face.

One of the moments that is bound to follow Titus O’Neil to the time he is inducted in the Hall of Fame is the now aptly named “Titus Worldslide.” During the Greatest Royal Rumble in Saudi Arabia, Titus lost his footing and ended up underneath the ring. Yea, that happened.

WWE superstars would later react to Titus’ misfortune and nobody has let him forget it either. Every time the Royal Rumble comes around, Titus Worldslide could make another appearance!

Titus O’Neil may have fallen underneath the ring, but at least he remained in the ring longer than Santino. Up to this day, Santino’s elimination was the fastest in history. I honestly don’t believe anyone will be able to beat it. Still, it did put Santino on the wrestling map forever!

Hornswoggle never fails to entertain me. Much to my delight, he was one of the entries in the Greatest Royal Rumble in Saudi Arabia. Once again, he had me in fits throughout. I don’t seem to be the only one though, as his entry made the top 10 of WWE’s biggest surprise appearances!

While his entry was a lovely surprise, the funniest moment happened when Hornswoggle discovered Zelina Vega underneath the ring and ended up chasing her.

The man who won more 24/7 championships than anyone else is also one of the funniest people in the WWE. No matter how many times he pulls the same joke, it just stays funny. During the Royal Rumble, he believed he was in a Money in the Bank ladder match. Only after he climbed the ladder and looked up did he realise he was wrong. Epic moment!

Truth also delivered an excellent moment during Raw recently, where he apparently seemed to challenge Brock Lesnar for the rumble. After a lot of talking, turned out he was talking to Paul Heyman. You could even hear the commentators sniggering during the segment, which really says it all. Even Brock Lesnar could not contain himself and keep a straight face.

When you want to win the Royal Rumble, you have to use all the leverage available to you. While most people form alliances, Jake “The Snake” Roberts had a different strategy.

In the 1996 rumble, Snake made his way to the ring carrying a giant bag over his shoulder. Turns out, the bag contained a massive python, making all the remaining wrestlers flee the ring. To this day, I can’t think of a more original and entertaining strategy.

Given Beth Phoenix’ strength, you could argue that she would easily eliminate The Great Khali without using any tricks. That being said, she did use a massive trick to eliminate the Punjabi Playboy during the rumble. As she was about to be eliminated by him, she kissed him and pulled him over the rope. Until this day, it is one of Beth’s funniest and most memorable moments. I wonder if Edge had a stronger opinion?

Given my love for Hornswoggle at the Royal Rumble, it is no surprise that he has conquered another spot in this overview. After John Cena gave an Attitude Adjustment to Tyson Kidd, Hornswoggle insisted he do the same. Until this day, the WWE refers to it as the mini adjustment and it was great! John Cena’s face was almost as priceless as the move itself.

Before R-Truth and Carmella reinstated the Dance Break, there was a funny dance break involving Rikishi at the rumble. Since that moment, Rikishi had to do a lot more dances, as it turned in one of the funniest and most memorable moments in rumble history. I wondered how his recently returned sons, The Usos, reacted to that segment?

The Hurricane Messes Up

It’s tough being a superhero in the WWE, especially if your name is The Hurricane. During the rumble, he decided to try to eliminate two gigantic wrestlers at the same, more specifically Triple H and Stone Cold Steve Austin. Evidently, it did not go as planned and The Hurricane went flying over the rope. To make the mistake even worse, he made it onto the Royal Rumble top 10 fails for 2014. Admittingly, the crowd DID see that hurricane coming.

Kofi Kingston’s name is almost synonymous with the Royal Rumble. Every year, he comes up with an original way to avoid elimination. From sitting on Big E’s shoulders to walking back to the ring on his hands, he’s done it all. No matter what method he chooses, it’s always entertaining. 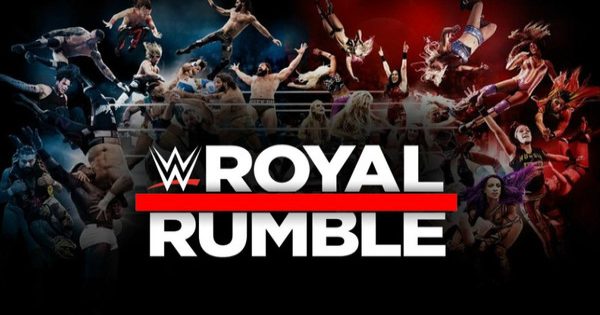 Even though I know I shouldn’t, I have high expectations for this year’s Royal Rumble. Firstly, I can’t wait to see how Kofi Kingston avoids elimination this year. A strange elimination for Baron Corbin would also add to the entertainment factor. In short, I cannot wait!

While I’m sure I haven’t covered all the funniest moments, be sure to keep an eye out for our Royal Rumble specials, packed with incredible and unbelievable Rumble history!