R-Truth Has Turned 24/7 Championship Into Something Wonderful!

While the concept of the 24/7 championship was somewhat flawed due to the lack of hardcore matches, R-Truth has turned it into something amazing!

When the 24/7 Championship was revealed, it was a gimmick title that was meant as a distraction for the WWE Universe, pulling the attention away from the poor product that was being delivered. Needless to say, nobody was expecting a lot from this title after its release. However, R-Truth ran with the title and made it into something surprisingly entertaining to watch.

Entertaining Defenses For The 24/7 Championship

A lot of title defenses have become predictable, and this is just the thing that makes the 24/7 Championship so entertaining. While the original launch left something to be desired, ever since R-Truth got his hands on the title, things have taken a turn for the better.

Interestingly, the championship got a lot of mainstream attention. In fact, the title defense of R-Truth on the golf course got a whopping 25 million views alone. If you consider that the average number of viewers for WWE YouTube videos is around 1 million, this is quite special indeed.

Of course, the title defenses of R-Truth are extremely popular on social media and other channels, it does not necessarily mean that people will tune in to view it. After all, the moments that this title gets on Raw and SmackDown are few and far in between. 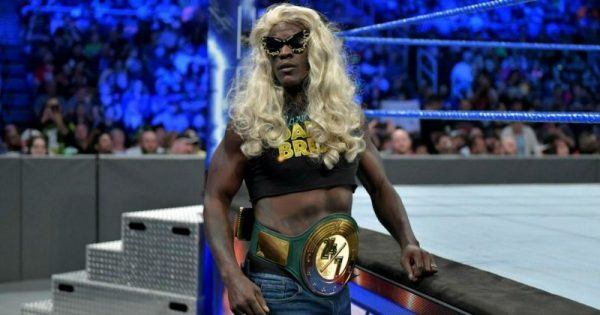 The 24/7 championship is one of the few titles that actually has a longer-term storyline; this is surprising to say the least, especially when you consider that this title has only become a thing very recently.

Drake Maverick is the centerpiece when it comes to the long-term storyline surrounding this title. He has been after this title for a considerable amount of time, but always seems to miss out by a few seconds. R-Truth has made the title one of the most entertaining things to grace our screens for years, but Drake Maverick has given it some validity. So, we have went from a gimmick title to something we actually look forward watching.